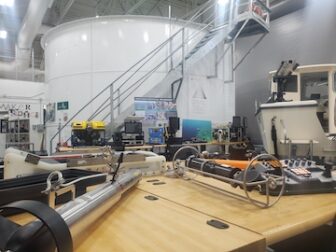 Northwestern Michigan College has approved the first two-year program to teach people how to monitor and clean up water pollution.

The degree will qualify students to be well-versed in all things necessary for water cleanup and maintenance locally and worldwide, said Kennard Weaver, a member of the Traverse City college’s board of trustees.

Until now, such a two-year water quality environmental technology degree was nonexistent, said Hans VanSumeren, director of the Great Lakes Water Studies Institute at the college.

“I haven’t found anything similar to the degree that really focuses on what an [environmental] technician really needs to know how to do,” VanSumeren said.

Other colleges and universities that offer degrees related to water technology, but lack the comprehensive coursework that Northwestern provides, he said.

The college’s board approved the degree program in late November.

“Northwestern Michigan College is the only freshwater school of its kind,” Weaver said. It is a leader that is well versed and an innovator.

VanSumeren joined Northwestern Michigan College in 2008, and right away led the development of a two-year pathway in water-related degrees. A freshwater studies degree launched shortly after his arrival.

The idea for the water quality environmental technology degree sprouted at the same time, but a curriculum for it was not developed until this past year, VanSumeren said. 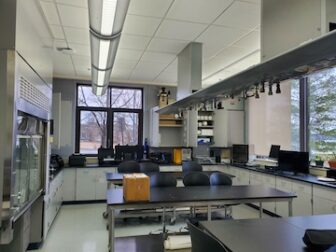 “We were missing a two-year workforce focus degree on water quality and environmental technology,” VanSumeren said.

VanSumeren also served on the Grand Traverse County Brownfield Redevelopment Authority, a group that fosters new developments and activities on sites throughout the community that were harmed by pollution.

“Most often those impacts were found in the soil and groundwater,” VanSumeren said. “While we didn’t pursue that opportunity (the degree) at that time, I never left that thought in terms of it being an opportunity.”

Last year, the Great Lakes Water Studies Institute discovered a gap in a two-year workforce-focused degree on water quality environmental technology. An ongoing problem in the water technology industry is that there is a severe lack of qualified workers.

“No one is training people for the specific things that we do with all the other technical skills that we are looking for,” VanSumeren said. “And the workforce is aging. We’re not able to complete as many projects if we can’t keep our staff or find staff to build (up the industry.)” 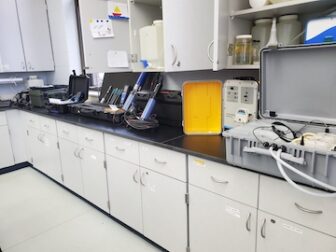 The college is concerned with attracting students to the new program, but there are new job demands that need to be filled, VanSumeren said.

The marketing gap is huge, and the college is pushing to create a campaign that will exemplify the program, he said.

New degrees can also be costly and limit how much a program can deliver to its students, he said. However, the college is  fortunate to have a curriculum in place that already provides a lot of resources.

“I see that as probably the biggest challenge, but also maybe the one that’s most capable of being overcome because once you get the word out and people start knowing, then it becomes more organic and it grows upon itself,” VanSumeren said.

The college has received support from Traverse City businesses and industries that have offered to provide free training and software. The Freshwater Research and Innovation Center in Traverse City  is one organization seeking Northwestern graduates as technicians for field work.

It is all interconnected, said Matt McDonough, chief executive officer of Discovery Center and Pier which partners with Northwestern through the Freshwater Research and Innovation Center.

“None of these fields operate in silos,” McDonough said. “If we’re trying out a new technology or new communications system that’s built into a buoy (and) to be able to provide feedback, it will then allow us to do X, Y, or Z. They all rely on another in terms of everything from technology development, testing, and use, all with the ultimate goal of water quality protection.”