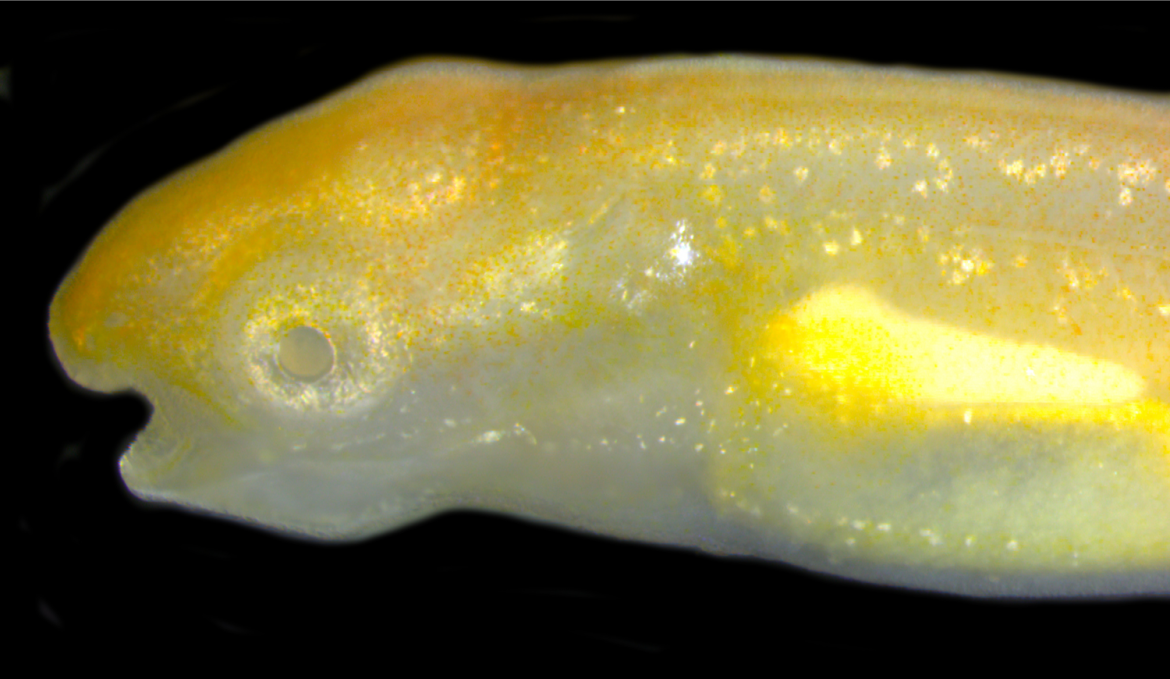 Ingo Braasch and Julia Ganz, researchers at the university’s Department of Integrative Biology, compiled videos and photos taken during their research into artwork named “Life in Technicolor: The Art of Fish Development and Evolution.” They showed it at a recent MSU science-art exhibition.

The art is a byproduct of differentiating types of cells to better study them.

“Vertebrates are the animals with a backbone,” Braasch said. “We are vertebrates. So are fish.”

In an early embryo, a subgroup of cells migrates around the developing body and generates different types of cells, he said. Some can develop into the teeth, skull or parts of the heart. These are called neural crest cells.

“What makes vertebrates unique are their neural crest cells,” Braasch said. “They make all the different structures, including what we showed in our artwork.” 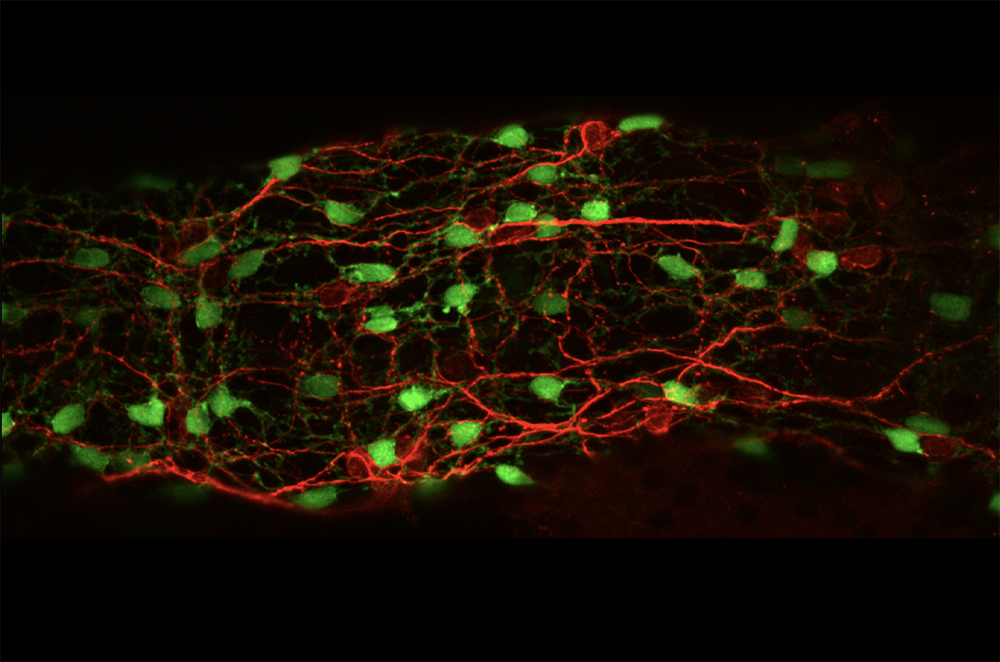 Ganz’s artwork depicts the enteric nervous system in the gut, which can control the gut movements as shown in this video.

To study the workings of neural crest cells and the enteric nervous system, the scientists do research that produces art as a byproduct.

Some of the images depict the neuron network of diverse types of cells in a fish’s gut. Ganz differentiated them by applying fluorescence staining, a technique that allows them to illuminate various proteins and cells in different colors. 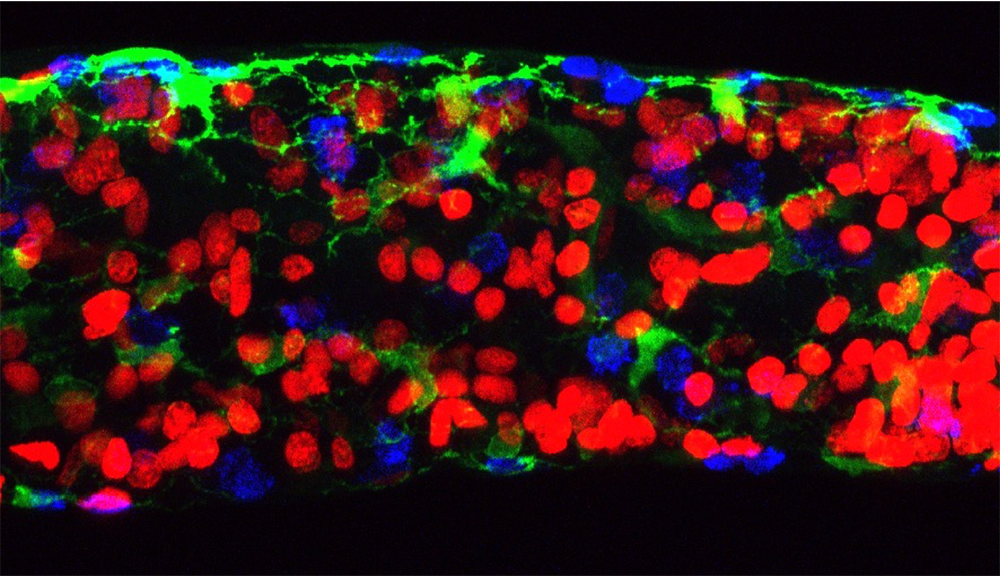 Braasch also looked to the pigment cells under the microscope and took pictures of them.

“In mammals like us, there’s only one type of pigment cell, the melanocytes,” Braasch said. “They produce the pigments that are red, brown, blonde or black. These pigments determine the colors of our skin and hair.”

But the fish have many types of pigment cells, Braasch said. Some fish make a silvery shiny cell that reflects light. Others can stack different pigment colors on top of each other to produce even more colors.

“It’s like nature is an artist and can paint like Monet,” Braasch said. “What I want to show is that the fish have different beautiful colors because of the diversity of their pigment cells.”

“But in several of these pictures, I took away the black pigment so we can see the other pigment cells,” Braasch said.

The pigment cells on a gar tail fin before and after Braasch removed the melanin pigment. Image: Braasch Lab

It’s weird to think about how the cells that make our second brain also makes our pigmentation, Brassch said. Although they’re completely different in what they do, they share the common ancestry in the embryo.

Studying fish teaches us about ourselves, the researchers said.

“Both of our research goals are to do basic research in fish,” Ganz said. “We use their experimental advantages to have findings that can then be translated into mammals and humans.”

Instead of applied research, Ganz focuses on the basic research to facilitate the study of some human enteric nervous system diseases. 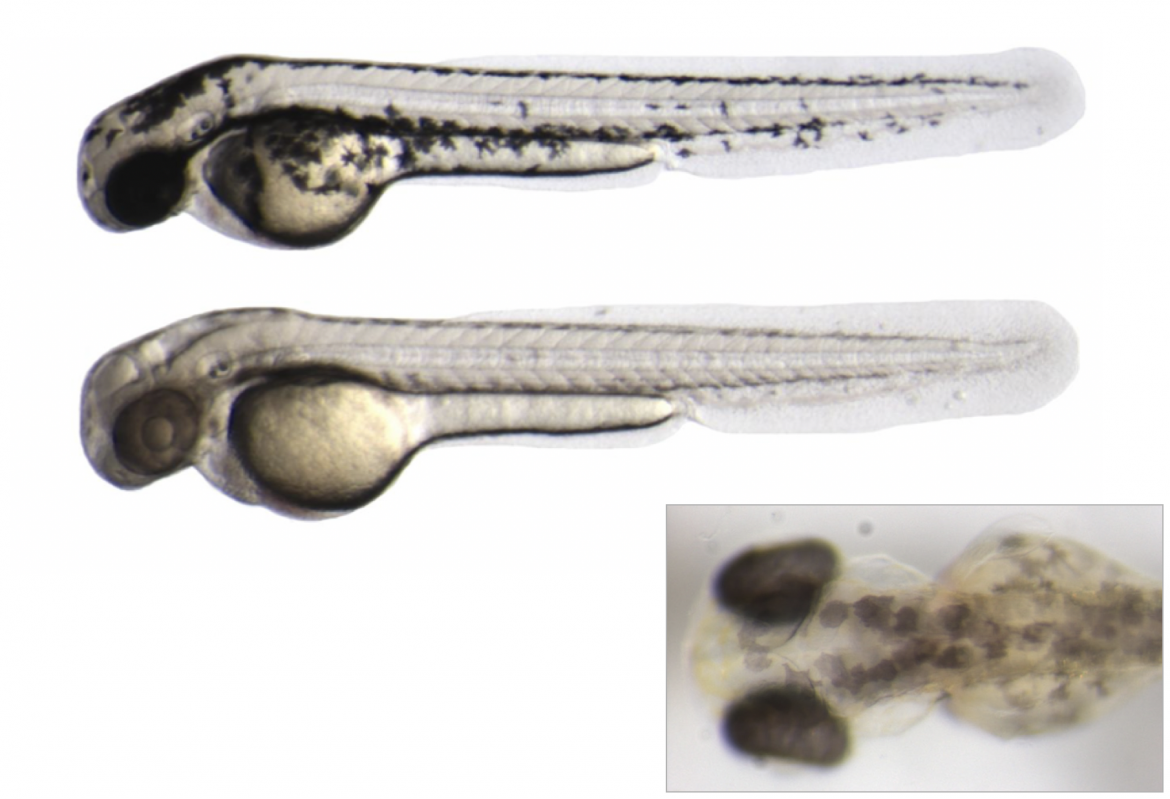 For example, Ganz has discovered that the enteric nervous system promotes intestinal health by constraining the composition of the communities of microorganisms in zebrafish. The knowledge could contribute to a successful cure of Hirschsprung disease, one of the most severe examples of enteric nervous system dysfunction in humans.

“We want to show that images taken in our research can be beautiful and cool,” Ganz said. “And we hope that the artwork might trigger people’s curiosity about science and inspire them to figure it out.”

One thought on “Communicating science with art: how are fish and us alike?”