Three self-proclaimed nature nerds from Buffalo, N.Y., are on a mission to use comedy to inform the world about nature.

Matt Candeias, Steve Fleck and Jason Mazurowski recently published episode five of their humorously enlightening ode to ecology, “Lookin’ at It: A Nature Show.” It features the Great Blue Heron, the largest heron in North America.  Not only did I laugh out loud, I learned that they are one of few heron species that stab through their prey before eating it. 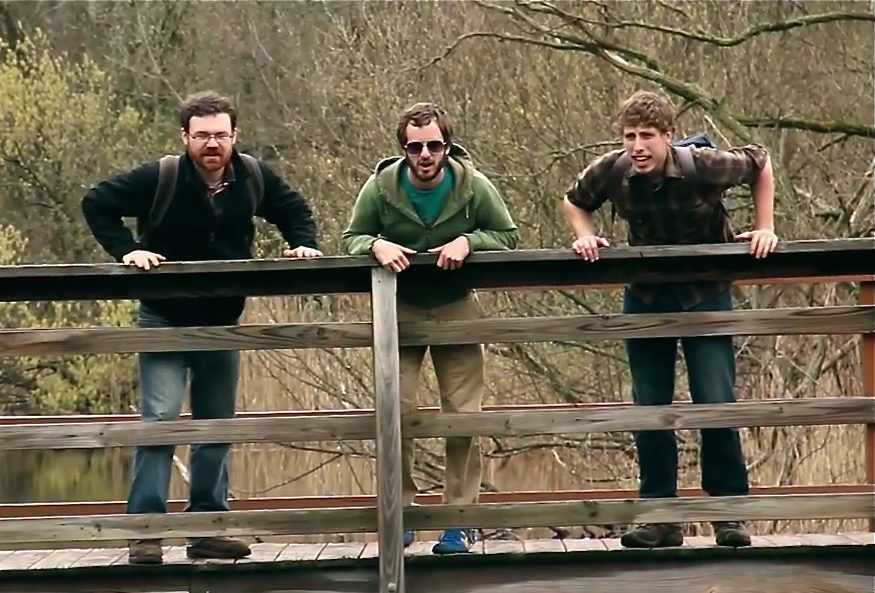 From left to right, Steve Fleck, Matt Candeias and Jason Mazurowski watch as a Great Blue Heron stabs a fish. Photo: Screenshot from “Lookin’ at It: A Nature Show” episode five.

The Lookin’ at It crew uses a comedic platform to highlight the greater Buffalo region’s beauty while educating their viewers about the importance of conservation. While some episodes are sillier than others, the marrying of comedy to nature seems to be working.

“Anytime someone talks about an ecological issue, it usually comes around to something about polar bears or the deforestation of the rainforest,” Candeias says in the first episode of the show. “What very few people realize is that there are a tons of ecological issues going on in their own backyards.”

All of the footage was taken in the greater Buffalo area.

To watch more “Lookin’ at It” videos check out their YouTube channel, or go to their Facebook page.

4 thoughts on “Three nature nerds are “Lookin’ at It””