In the latest episode of “Lookin’ at It: A Nature Show”, the nature-loving crew from Buffalo joins a carnivorous plant club.

While Lookin’ At It creators Matt Candeias, Steve Fleck and Jason Mazurowski may have failed at differentiating the western New York carnivorous plant club from a sandwich shop, they succeeded in dishing out some awesome facts about bug-eating plants. 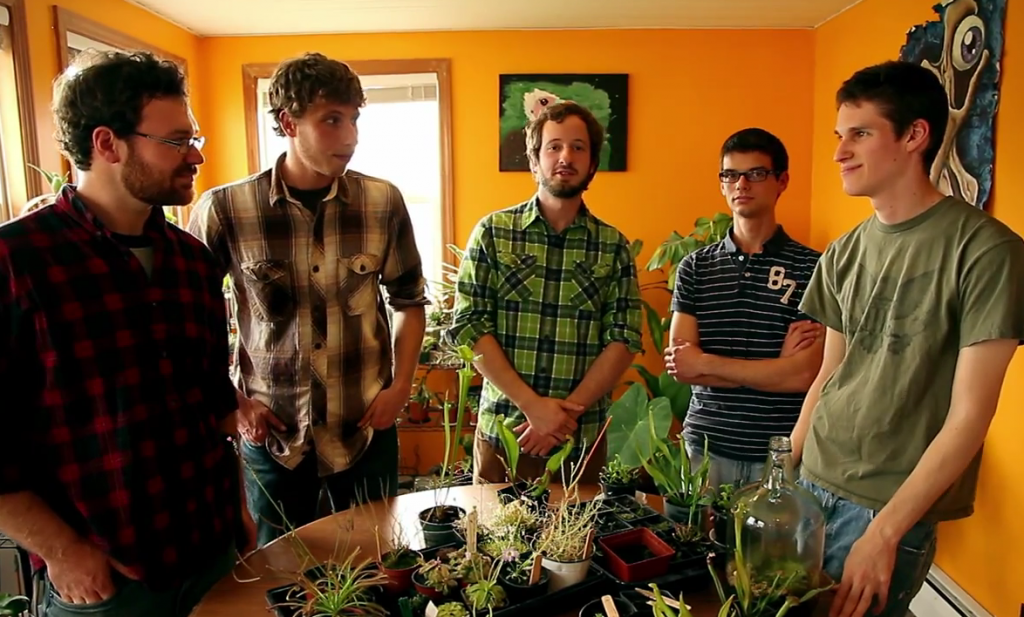 From left, Lookin’ at It crew Steve Fleck, Jason Mazurowski and Matt Candeias talk with Ryan and Kenny of the western New York carnivorous plant club. Photo: Screenshot of Lookin’ At It episode six.

For example, did you know that carnivorous plants don’t need to eat insects to survive? Well it’s true, according to the club out of Buffalo. Still, eating them makes them grow faster, stronger, and reproduce quicker, they said.

After clarifying that it definitely isn’t a sandwich club, members Ryan and Kenny explain that they created the group to teach people how to keep the plants without killing them.

Carnivorous plants native to the northeastern U.S. include sundews, pitcher plants and butterworts, according to the club.

This the sixth episode of the nature show, which attempts to tie education and nature up in a comedic bow.

I’d say their previous episode on the Great Blue Heron, recently featured on Echo, was more comedic than this one. But for those who are unaware that native carnivorous plants exist in the Great Lakes region, this video is worth watching.

To watch more Lookin’ at It videos check out their YouTube channel, or go to their Facebook page.

To learn more about the western New York carnivorous plant club, go to their Facebook page.

One thought on “Lookin’ At It crew talks carnivorous plants”