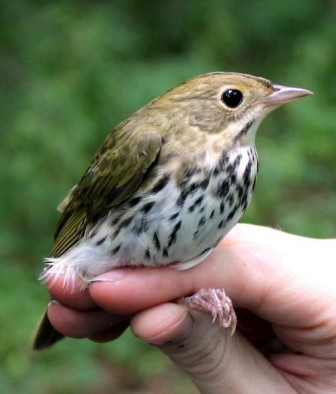 When it comes to bird migration, many things can influence their path, including the Great Lakes, according to a recent study by Canadian researchers.

It is well known that birds are constantly shifting their migration patterns to adjust to many factors from coastlines to industrial and other constructed structures, but the Great Lakes have now been found to be another factor.

The study found that four times as many birds flew between Georgian Bay on Lake Huron and Lake Ontario, rather than to Lake Erie.

The results of the research were found by using Canadian weather surveillance radars for southern Ontario.

In the autumn, birds flew between Georgian Bay and Lake Ontario in a northeast-southwest corridor.

However in the spring, the birds flew over the eastern half of Lake Erie and continued to pass between Georgian Bay and Lake Ontario in a northeast direction, the study said.

But why does it matter where and how the birds are flying?

They provide an economic service, said François Gagnon, one of the researchers who worked on this study in cooperation with the Canadian Wildlife Service.

These are forest birds that survive by eating insects, Gagnon said.

“It is very valuable – if we replace them (the birds) with pesticides and things like that, it would cost a lot of money. We need to care about those birds that provide a service everywhere they pass,” he said.

It’s also important to note that when there’s a large body of water, birds aren’t able to rest anywhere mid-flight if they fly directly over it.

Since “they eat by day because they hunt insects visually” at night, they cannot find refuge over a body of water, unlike when they are over land, Gagnon said.

Since seeking refuge on land leads to higher concentrations of birds on coastlines, the next impacted factor is birds’ health.

“The cat is the first non-natural reason for the death of birds in North America. Second is collisions with structures such as windmills, high-rise buildings or houses in the countryside,” said Gagnon.

As for the impact of industrialization on bird migration patterns, Andrew Farnsworth, a senior research associate at the Cornell Lab of Ornithology in Ithaca, New York, highlighted human impacts.

“Humans add a lot of uncertainty and challenges. It is important to remember that these systems orientating and navigating around the Great Lakes have been around a long time,” he said.

Nevertheless, the natural effects of “geography, typography and the land beneath them are a guiding factor as to when and where birds pass,” Farnsworth said.

If it weren’t for human activity, changes in bird migrations would still be visible – but not as quickly, he said.

Farnsworth stressed that although human activity affects bird patterns, “if we don’t see these patterns changing, that’s also probably a bad sign because if the world is changing rapidly around them, they need to keep up but aren’t doing it.”

The study appeared in the journal Avian Conservation and Ecology.