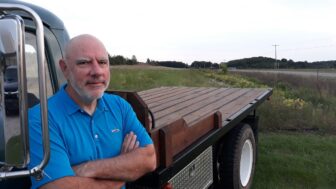 Humans, like all other animals, have an innate desire to find the right spot, an ideal place.

A place that feels like home, a place that allows growth into better versions of one’s self. And, naturally, be it selfishness or love, people will protect this place they feel is a part of them.

Tim Mulherin, the author of Sand, Stars, Wind & Water (Mission Point Press, $16.95) found his sense of place in Northwest Lower Michigan during his first visit to the area 35 years ago. The natural beauty of the area immediately entranced him. 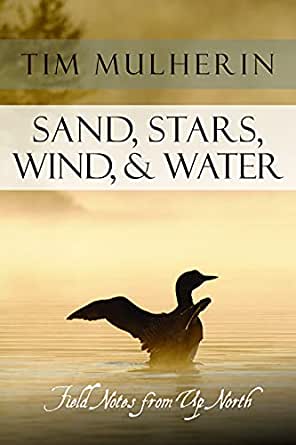 Each Sunday during the pandemic, while the rest of the world was in shambles, Mulherin wrote all day and went back in his mind to his happy place of Grand Traverse and Leelanau counties, remembering and reliving his fondest memories.

The pandemic provided the impetus he needed to write, an outlet he’s been using since he was in his 20s.

Despite feeling glad about writing the book, Mulherin says he feels a bit of residual guilt for likely having contributed to more people visiting Northern Michigan to see its enchanting beauty for themselves, people who may not treat the area he reveres with respect.

But, at that same beach, he and his wife Janet witnessed families seeing the epic sand dunes melt into the shores of Lake Michigan for the first time, which brought a lot of joy, he said.

“I want people to love the region appropriately,” he said.

Plus, having been in the area for so long, it’s easy to go places no tourist will ever find, he said.

Having lived the majority of his life in Indiana, what he calls the world’s largest corn and soybean field, these Northern Michigan counties offer pristine nature to an outdoors enthusiast.

“I had fallen in love with Northwest Lower Michigan and wanted nothing more than to be one with the locals,” he wrote.

And though his home base is still Indianapolis –- the result of family ties – Mulherin will reside in his humble Cedar vacation home as he travels around Michigan, primarily downstate, as part of a tour promoting his book, he said.

Though undoubtedly busy, Mulherin finds meaning in the work he does now, something that his previous job as a K-12 school administrator lacked, especially when the pandemic forced schools into virtual learning, he said.

Plus, working from Cedar allows him time to enjoy the natural beauty of the area while hiking, fishing, hunting, biking and rock hounding. 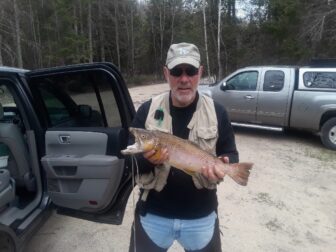 Tim Mulherin with a 6.5 pound brown trout at the Jordan River on opening day of trout season. Courtesy photo

He finds his enjoyment is heightened when such activities are done alone, he said.

As he wrote, “I need miles of woods and open trails that are largely free of beings like me. I need to be able to walk in tranquility with the company of one or two choice others who appreciate solitude and what nature has to offer.”

He equates his jubilant attitude of being Up North to that of a child, and credits the region for inspiring that childlike playfulness that adults too often repress and compromise to make a living, he said.

Mulherin feels grateful for no longer having to compromise, his “mind no longer terrorized by trivial pursuits,” he wrote.

Now, he’s working on a new book that addresses the impact of tourism, climate change and the pandemic on Northwest Michigan in an approachable way through his own stories, colored with the voices of experts and residents of the region, he said.

“The older I get, the more freely I speak,” he said.

And speak freely he will.

Mulherin admitted that many of the conversations he’s had so far about the kind of change the region faces are harrowing and sobering. Already, tart cherry farmers are unable to meet quotas and food processors are re-sourcing elsewhere to places like Turkey with more favorable growing conditions.

And those who know the area know how important cherries are to its identity and economy.

In fact, the recent weeklong National Cherry Festival was the height of what Mulherin calls “the annual tourist invasion.” Each year, over 500,000 tourists flock to Traverse City, the tart cherry capital of the world, to enjoy beers, live music, art and cherries largely imported from Washington, as the region is in the cherry harvest season.

It’s held just outside of downtown in what locals call “the open space” on Grand Traverse Bay, which effectively concentrates the tourists to a singular area and allows more seasoned visitors – like Mulherin – to go where nobody else is.

Even though a lot of area residents dread the busy-ness and chaos of the influx of visitors, local businesses depend on tourism to survive, especially in the long winter months, he said.

With this understanding, Mulherin and local residents alike hope the tourists can love the region while minimizing harm.

“Welcome, but please be kind,” he said.

Aside from cherries, another major draw is the 117-mile scenic stretch of M-22, which effectively commercializes the area with stickers, hats and hoodies of the black-and- white highway sign, he said.

“I don’t think you have to brand this region with a logo. It’s bigger than that,” he said. “M-22 really is a state of mind.”

It’s a state of mind that reconnects with nature through active engagement in the outdoors. It’s about respecting the planet we share and paying attention to how miraculous it is, he said.

“Being present in nature and seeking to understand our place in it and to respect it seems to escape a few too many of us these days,” he said.

“We are born to love the planet.”

And so it’s not selfishness but love that drives him to protect his quintessential place of Northern Michigan. It’s why he calls one of his favorite spots “Lake Anonymous” and leaves some of his most treasured trails unnamed in the book.

Once you find a place that feels like home, protect and respect it. And if you haven’t yet found it, “keep looking. You’ll find that special lake spot of your very own someday,” he wrote. “A place where you, too, will want to keep it all to yourself. Trust me.”

One thought on “Protecting your place: one man’s tribute to Northern Michigan”