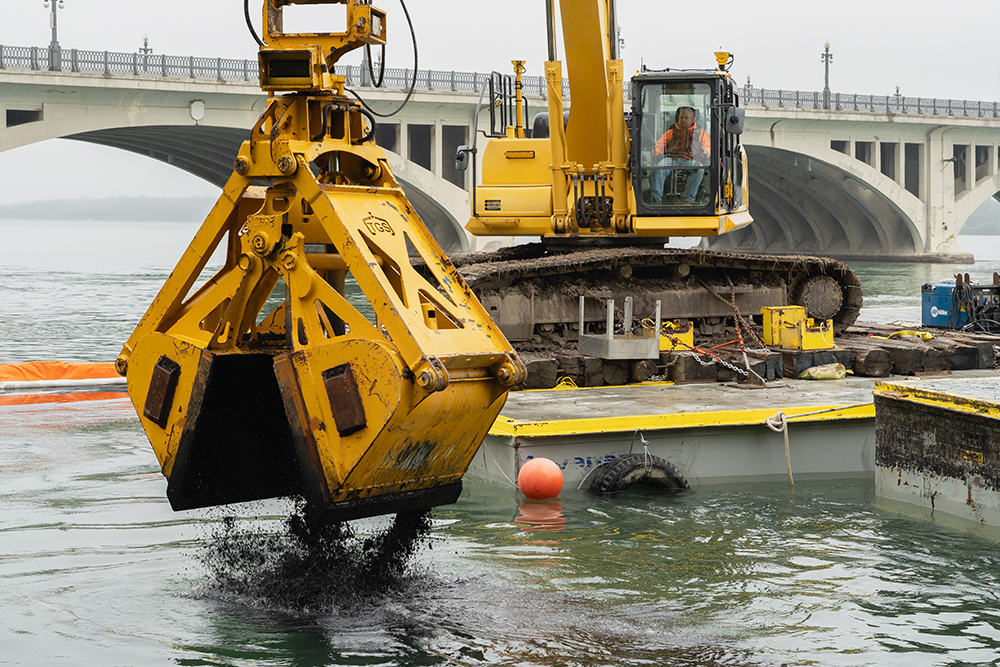 Thanks to a spongy M&M-like technology, contaminated soil in the Detroit River downstream of the MacArthur Bridge has been contained.

Powdered activated carbon was used to absorb the contaminated soil in the $3.6 million Detroit RiverWalk project that finished in December.

“Activated carbon is a pure form [of carbon] that’s used to absorb contaminants,” said John Collins, the general manager for AquaBlok, the Ohio contamination remediation company that created the carbon under the brand name of AquaGate +PAC.

The project was a partnership between the EPA and the Detroit Riverfront Conservancy. The contaminated sediment was within the Detroit River Area of Concern, one of the binational toxic hotspots that federal agencies have identified on the Great Lakes. 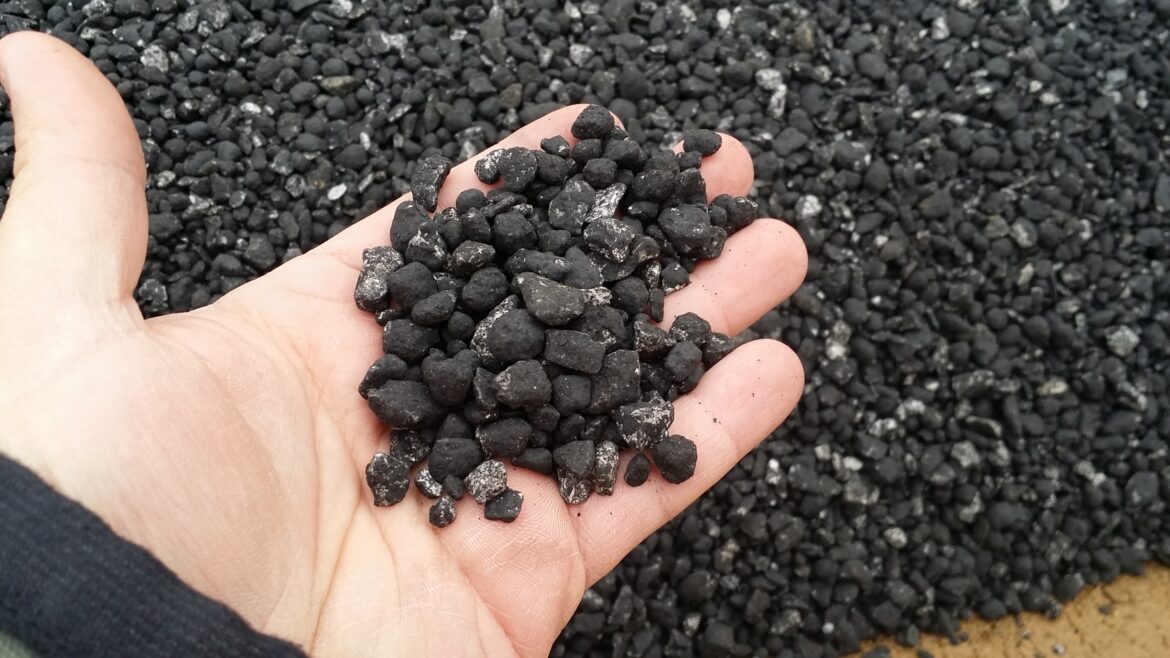 “The powder functions similar to a Brita water filter you would put on your faucet,” Collins said. “We’re essentially doing the same thing but we’re doing it in the river.”

For the Detroit River remediation, the powdered activated carbon was combined with sand, Lippert said in an email.

“You drop it in and it goes where it’s supposed to go,” Collins said.

Once the contaminants are absorbed, they’re locked in.

The amount of contamination and the amount of powdered activated carbon needed influences how long it’s left in the water, Collins said. Many projects leave it in forever.

A layer of stone was put over the cap to lock it in and stabilize an old seawall before it is extended.

The stone layer protects the carbon from currents or anything that would disturb or damage it, Collins said.

The activated carbon has many advantages compared to other kinds of caps used to contain contaminants, Collins said. It is a natural material that will support the natural habitat. Concrete disturbs natural habitat.

Using sand would require many pounds of it.

“It’s usually 10% or less of the overall project cost,” he said. Examples of other factors that influence project costs are engineers and contractors.

Detroit is not the only place that has used this product. The AquaGate +PAC has been installed across the world like in Norway, Collins said. The company reports it is being installed at Pearl Harbor for sediment contamination.

The finished remediation has prompted the construction of the extension of the riverwalk along the east riverfront which will begin soon.

“Right now there’s a disconnect between the Gabriel Richard Park, the Uniroyal property and the Mount Elliott park,” Pasco said. The riverwalk extension will connect the three.

Extending the riverwalk will create a safe and easy trip to Belle Isle, he said.

The extension will be 3.5 miles, making the total length of the Detroit Riverwalk 5.5 miles. Since the Detroit Riverfront Conservancy’s opening in 2003, its goal has been to revitalize 5.5 miles of the riverfront, Pasco said.