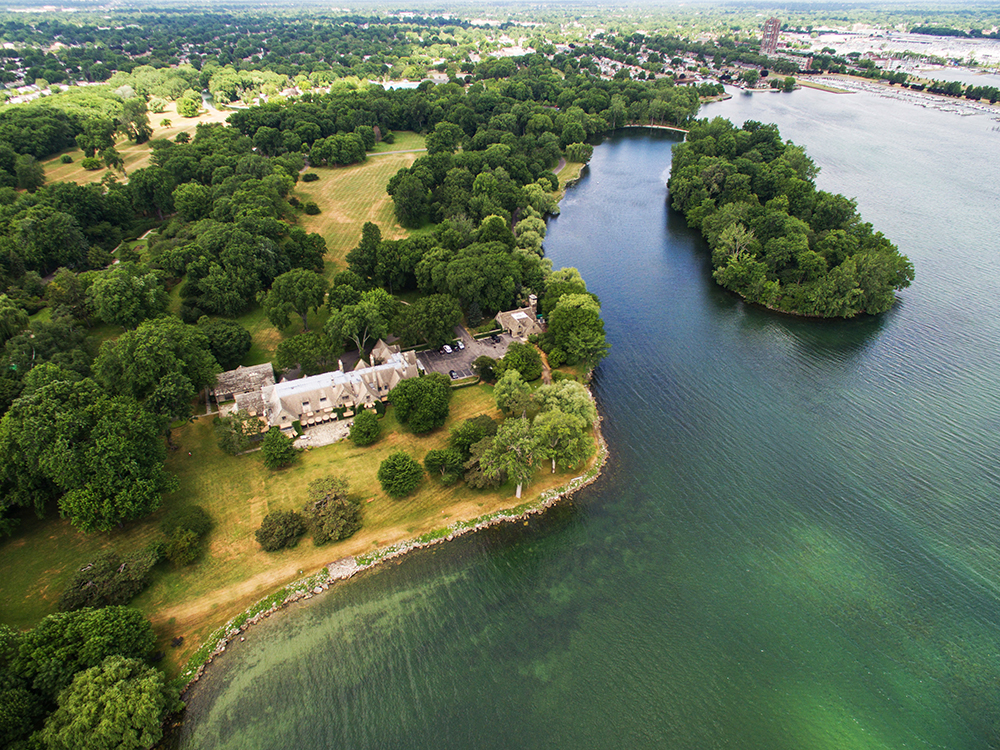 The former luxury mansion of a Detroit automaker is the site of an attempt to recreate the scarce natural shoreline along Lake St. Clair.

The Ford House Cove Restoration Project will encompass a mile of Lake St. Clair’s coastline and over 17 acres of coastal marsh, nearshore habitat and forested wetlands.

The Edsel & Eleanor Ford House, east of Detroit in Grosse Pointe Shores, is working with the Great Lakes Commission to complete the project. The mansion is now a museum and public scenic area.

There is not much left of the lakeshore in Southeast Michigan, so this is an important project, said Eric Ellis, project manager of coastal conservation and habitat restoration at the Great Lakes Commission, an interstate agency conserving water resources in the Great Lakes basin.

There is little native shoreline left on Lake St. Clair. The 31.5 miles of lakeshore in Macomb County has 10,000 boat slips and 50 marinas, according to Ford House officials. That leaves only 2,140 linear feet of natural shore. The goal of the restoration is to add a mile to the current natural shoreline.

The restoration is backed by the National Oceanic and Atmospheric Administration through the Great Lakes Restoration Initiative, a multibillion-dollar federal resource for restoring the Great Lakes.

It begins this month by surveying ecological components of the Ford House property. Researchers will take borings to identify the soils on the property and whether they are contaminated with heavy metals. Some of these borings will be underwater in the Ford House’s cove.

The assessment will also measure the pH, water chemistry and water dynamics of its Lake St. Clair shoreline. Ellis said keeping the water around the cove flowing is important because stagnant water could concentrate contaminants, which would damage any restoration work.

Another challenge will be removing large chunks of concrete from a previous reconstruction of I-94, an interstate highway that runs along Lake St. Clair.

There is already healthy biodiversity on the property, Ellis said. The project will preserve it and promote even more.

Over 200 species of birds already visit the estate. It provides habitat for the eastern fox snake, which is found only in the eastern Great Lakes. The Ford Cove also shelters a variety of lake fish and federally protected freshwater mussels. The cove restoration could provide space for more diverse wildlife.

The restored areas will be open to the public once completed.

“Access is not going to change in the cove, it will just be surrounded by improved habitat,” Ellis said.

The benefit of native plants means more wildlife can be supported by the estate’s natural features.

“A white oak, a tree native to Michigan, can support around 500 different species of insects,” he said, “A tree-of-heaven, a common ornamental, can only support about six. Keeping the space full of native species will further increase biodiversity.”

Drotos said the restoration will be a part of Ford’s rebranding to put sustainability as one of its core missions.

“We are trying to appreciate the natural land.”

There will be a meeting for public comment on the project later this year.