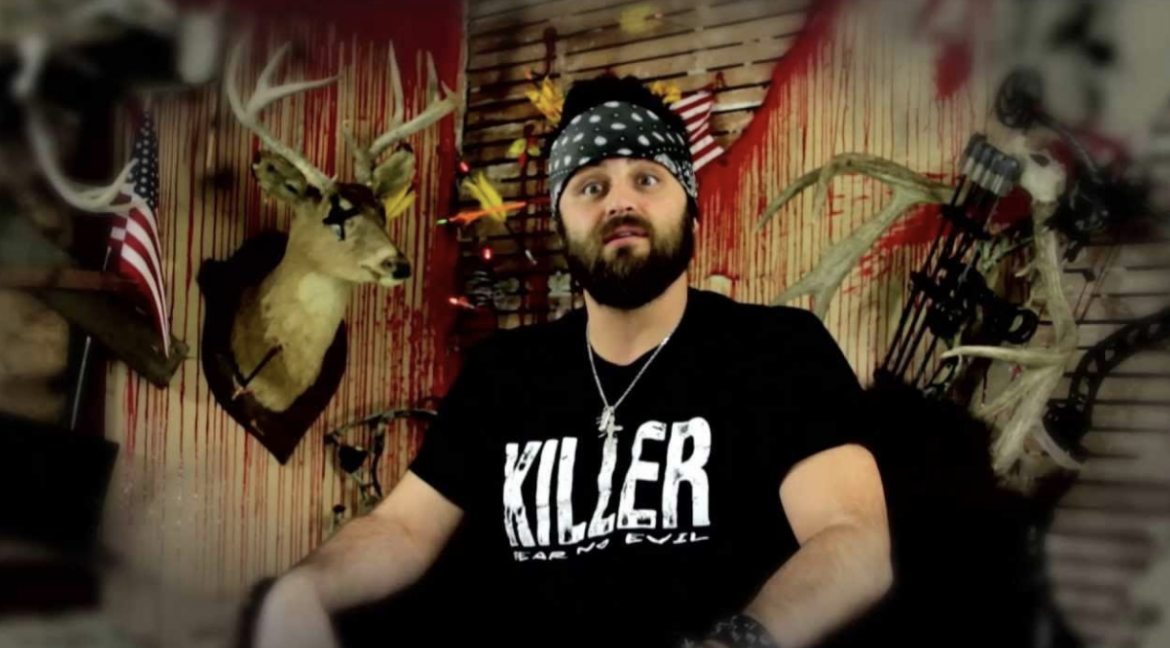 A federal judge recently banned the Indiana host of a former hunting television show from hunting for 30 months after he illegally shot a trophy buck.

In December of 2013, Christopher Brackett shot a deer he dubbed The Unicorn Buck in Jefferson County, Indiana, and transported it across state lines.

He was found guilty of violating the Lacey Act, a federal law that makes it illegal to knowingly sell or transport any wildlife that was killed illegally, according to the U.S. Fish and Wildlife Service.

In September of 2014, Brackett aired footage of the kill of the impressive white-tail on the hunting show he hosted at the time, Fear No Evil. The unicorn buck sported 11-points and a unique antler formation that garnered it the catchy nickname. The only problem? Brackett had shot another deer, an 8-point, just a few minutes prior. Indiana conservation law states that you can only shoot one buck per season.

Six years later, after unedited footage of Brackett shooting the two bucks was leaked on YouTube, he was found guilty in January of violating the Lacey Act.

The video of the crime has since been removed from the public sphere due to a copyright claim.

Joshua Thomas, a conservation officer from Jefferson County, Indiana, described the video: “It’s seamless, it happened within minutes. He essentially shot this 8-point, and then out steps what he calls the Unicorn Buck. You can hear him loading a muzzleloader, and within minutes he shot that second deer.”

Brackett abandoned the 8-point, then purchased a second deer permit under his cameraman’s name and returned to retrieve the smaller buck, according to court documents. The following day, Brackett transported the poached unicorn buck to Illinois. As soon as he crossed state lines, the crime became a Lacey Act violation, Thomas said.

On Jan. 14, U.S District Judge Michael Mihm sentenced Brackett to pay a $26,500 fine, $3,500 in restitution to Indiana and banned him from hunting or possessing firearms for 30 months.

When a wildlife crime is prosecuted only at the state level, the fine is usually $500 or less, said Bacon, who advocates for harsher poaching penalties. “It’s just a slap on the wrist.”

The case shows that even those in the entertainment industry are not above the law, according to a Fish and Wildlife Service press release.

People commit wildlife crimes for many reasons, but the pressure to produce exciting content may have encouraged Brackett to illegally kill the unicorn buck, Thomas said.

“Those guys have to produce to be on TV. They have to show big deer being killed,” he said.

“Several of us in the hunting community consider that deer porn—it’s not real,” Bacon said.

The offense was not Brackett’s first violation of wildlife laws.

He has also been cited for attempting to import a black bear from Canada without a proper permit, killing a deer without a tag in New York and transporting a deer without proper documentation in Alberta, Canada, according to the government’s Jan. 14 sentencing commentary from January 14th.

Some people violate conservation laws because they are genuinely misinformed or inexperienced, said Robert Finn, a conservation officer with the Illinois Department of Natural Resources. “With Brackett, that wasn’t a mistake. He knew what he was doing.”

Taking an extra deer or two is a bigger deal than one might initially think, Bacon said.

“Every deer I kill affects everybody around me,” he said. “We have conservation laws to protect the resource that belongs to all the people.”

While most hunters love to hunt and do so ethically and legally, there are exceptions, Thomas said. “The more I work this job, the more I realize just how crazy people are in terms of what they’ll do for that next biggest deer.”

The question is, will this sentence prevent Brackett from hunting illegally in the future?

“We would like to see that it would work,” Finn said. “But only one person can answer that question, and that would be him.”

“It’s best if I don’t comment,” Brackett said when asked about the case.