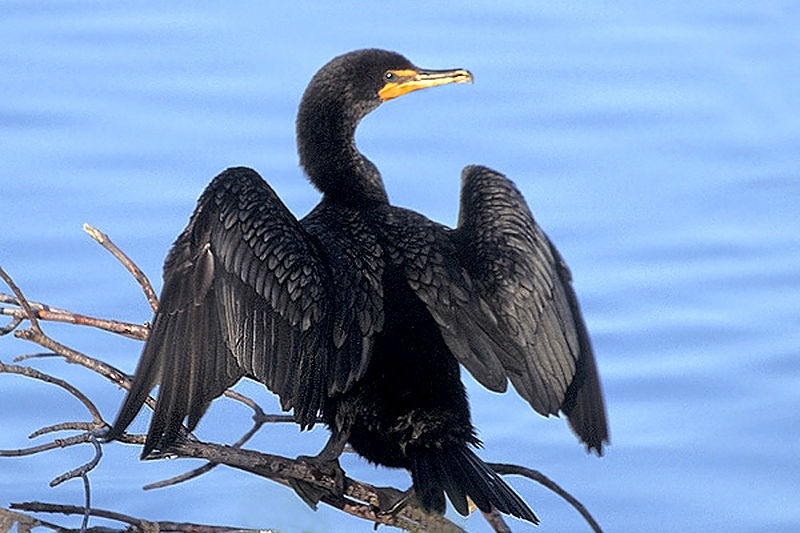 They would include killing some birds.

Under the proposed rule, each state would have the power to determine how to control cormorants, a migratory aquatic bird sometimes blamed for damaging fish populations in parts of the Great Lakes. The state  agencies would need to work within limits set by the Fish & Wildlife Service.

Michigan is home to around 55% of North America’s  double-crested cormorant’s breeding pairs, according to the Michigan United Conservation Clubs (MUCC).

The double-crested cormorant is the most numerous and most widely distributed cormorant in North America, according to the National Audubon Society. They are the only cormorants to occur in large numbers outside of the Atlantic and Pacific coasts.

The birds are federally protected, making it illegal to take, possess, sell, transport or purchase any part of them.

Cormorants mainly feed on fish, but also eat crustaceans, amphibians and insects. They can consume up to 1.5 pounds of fish per bird per day.

Research has established a link between cormorant predation and declining fish populations in Saginaw Bay and the Les Cheneaux Islands fishery, according to the MUCC.

“A [Department of Natural Resources] truck pulls up, they have fish in the back in this tank, the fish are dumped into the water and the cormorants just eat those fish as soon as they are released,” Green said.

The DNR is losing roughly a dollar per each fish eaten, according to Green.

“It’s kind of a futile effort if the cormorants are there eating your fingerling fish when you dump them off,” he said. “You’re counting $1, $2 [each] and ongoing, and we aren’t talking 50 fingerlings — we are talking thousands and sometimes tens of thousands.”

There’s a big financial incentive to control cormorants, according to advocates of stronger measures. Michigan ranks first among the Great Lakes for jobs created from hunting and fishing, generating more than $11.2 billion annually.

Programs to control the cormorant population have been proposed in the past, but such efforts were limited due to court rulings that the Fish and Wildlife Service failed to perform an “adequate or satisfactory environmental impact study” of those proposals.

“Currently, all we can really use are sound cannons and essentially trying to scare them off,” Green said. “Those efforts are limited to protecting aquaculture operations and some buildings or structures, which usually means historical structures.”

“We certainly do not want to extirpate [wipe out] the species — that’s a big misconception,” Green said. “Cormorants are not invasive, and we simply want to manage them in a way to protect our free swimming fish and allow our fisheries to thrive.”

However, some public comments on an MUCC website sound more strident.

“Get rid of them or just thin them out,” said Jeremy Hadix, who wrote that he’s seen them on Morrison Lake in Ionia County.

Groups opposed to the proposed new rule  see the situation differently, arguing that scientific evidence in favor of killing cormorants is lacking.

“We look for that leadership to be grounded in science, not perception, with long-term perspective informed by awareness of changing environmental conditions and the full range of often conflicting, changing human needs, perceptions and values,” said Stanley Senner, the vice president of bird conservation at the National Audubon Society.In a letter to the Fish and Wildlife Service, Senner wrote, “The choices the [federal agency] makes with respect to cormorants are critical for the cormorants themselves, but also will set precedents for management of other migratory birds in an increasingly stressed and resource-limited environment.”

There is a fear that stronger control measures would displace but not eliminate the birds,, according to Senner.

“Killing and otherwise disrupting cormorants at one location may simply disperse surviving cormorants to other locations where their presence may also be a source of conflict,” Senner said.

The Fish & Wildlife Service is expected to announce its decision in the fall.