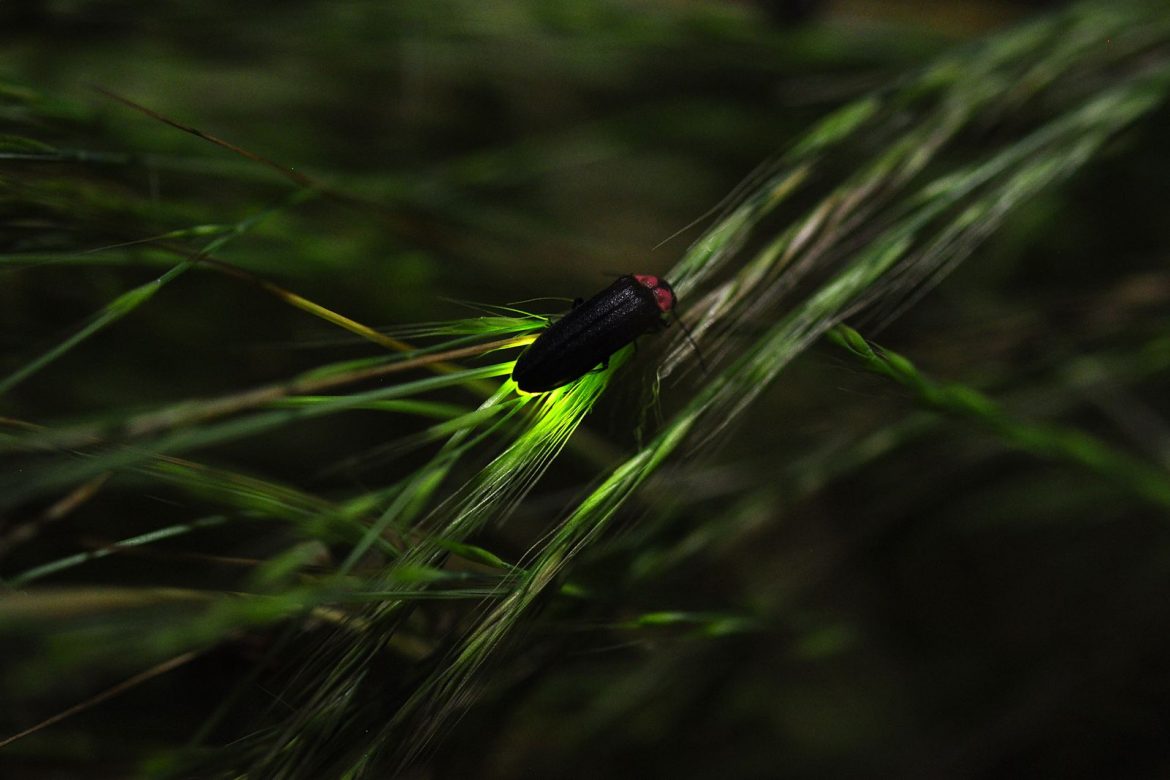 Whether you call it a lightning bug or a firefly or perhaps by its scientific name, Lampyridae, chances are you’ve had some experience with the tiny flying insect that flashes and blinks its way through summer evenings.

And if you’ve been noticing more fireflies in your backyard this summer, you’re not alone.

“As firefly scientists, we’re just trying to understand it.”

Lewis says the first thing you have to know about fireflies is that they live underground for two years before they hatch into the blinking bugs we associate with this season. And, she says, they love wet conditions, like those in the spring of 2017.

“Those were great conditions for baby fireflies, called larvae, because they live underground and they feed on earthworms and snails and slugs so those wet conditions mean that more are surviving.”

That wet soil also makes it easier for eggs to hatch, larva to metamorphose, and adults to lay eggs for future generations — which could explain why the population seems to be booming.

But Lewis also explained that despite the surge in certain regions this summer, fireflies are still in danger.

“Laid across this background of fluctuating population numbers is the fact that fireflies around the world are still threatened by a lot of changes going on in their environment.”

Those changes include habitat loss and climate change. Fireflies are also threatened by the one thing that makes them so charismatic: light.

“Fireflies use bio-luminescent signals to find and attract their mates, and when there is a lot of artificial light, it’s harder for them to see each other’s signals.”