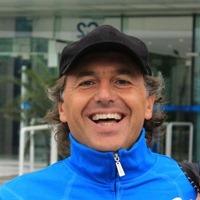 We were first introduced to drones by the United States military, which has been using them, controversially, it must be pointed out, for years in places like Afghanistan, northern Pakistan and Yemen. But like many other technologies that have been pioneered by the military, such as computers, duct tape and GPS, drones have numerous commercial applications. And one of the biggest sectors where drones could become a game-changer is in agriculture.

Still in its early stages, with many technological, legal and public safety concerns to be ironed out, drone technology and uses in agriculture are on the rise. Current State talks with Bruno Basso, a professor who studies crop modeling and land use sustainability at MSU’s Kellogg Biological Station. He’s been using a drone in his research.

This story was produced by WKAR’s Current State and republished with permission.