The Great Lakes seem to get a nice slice of the proposed 2013 federal budget with $300 million set aside for restoration.

But other regional environmental programs took a hit.

“Funding isn’t growing on trees anymore,” said Jeff Skelding, director of Healing Our Waters-Great Lakes Coalition, an organization of conservation and recreation groups that protect and restore the Great Lakes. 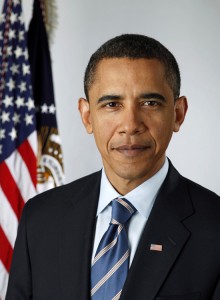 Fewer Great Lakes beaches will be monitored for germs in 2013 under the proposal, and fewer loans will be available for sewer and other water quality improvements.

Cuts were proposed for the following Environmental Protection Agency programs that impact the Great Lakes:

Beach monitoring and water quality maintenance should continue for the near future under the Great Lakes Restoration Initiative Congress created, said Joel Brammeier, president of Alliance for the Great Lakes, an organization of scientists, policymakers and community groups that work to protect and restore the Great Lakes.

But the initiative, a group of federal agencies that invest in Great Lakes projects, can’t fill in for those budget gaps in the long run, he said.

The sewer loan program that was cut will now target small and underserved communities with limited ability to repay loans, according to the 2013 Cuts, Consolidations, and Savings budget from the Office of Management and Budget.

“It’s going to hurt all of us in this business that need money for upgrades, improvements, expansions and future regulation upgrades for more stringent regulation requirements or mandates,” said Tom Muth, district manager of Fox Metro Water Reclamation District in Illinois. “It’s going to impact every wastewater treatment plant that relies on funding of this sort.”

His agency has borrowed about $46 million over four years to fund three projects to improve energy efficiency and wastewater treatment.

“There’s no question it’s the lowest interest you can find for a 20-year payback,” Muth said.

Federal budget officials justified the beach monitoring cut because state, local and tribal governments have the capacity to monitor on their own.

The proposal also says that because there’s a lot of interest in beach monitoring, those municipalities will want to continue it.

Sarah U’Ren, program director at The Watershed Center in Traverse City, Mich., said she had no warning that federal funds would be cut and isn’t prepared to deal with them.

“It’s kind of like the rug is getting pulled out from under us,” she said.

Experts say it hurts to cut a program designed to protect public health.

“That program is needed to understand the quality of our near-shore coastal waters and beaches,” Skelding said.

Municipalities use data collected from beach monitoring to signal when to close beaches with high levels of contamination. The data also helps beach managers find sources of pollution and apply for grants.

Beach managers may not be able to continue to monitor the health of Great Lakes beaches without the federal funding, Briggs said.

If it is cut, U’Ren said she would look for grant funding to pay for water testing, or try to partner with local governments to fund testing.

“People want to know the water they’re swimming in is safe,” U’Ren said.

Finding money for beach monitoring will be difficult if federal funding is cut because most municipalities and nonprofit organizations are strapped for cash, U’Ren said.

One thought on “Great Lakes sewers, beaches are losers in proposed 2013 federal budget”