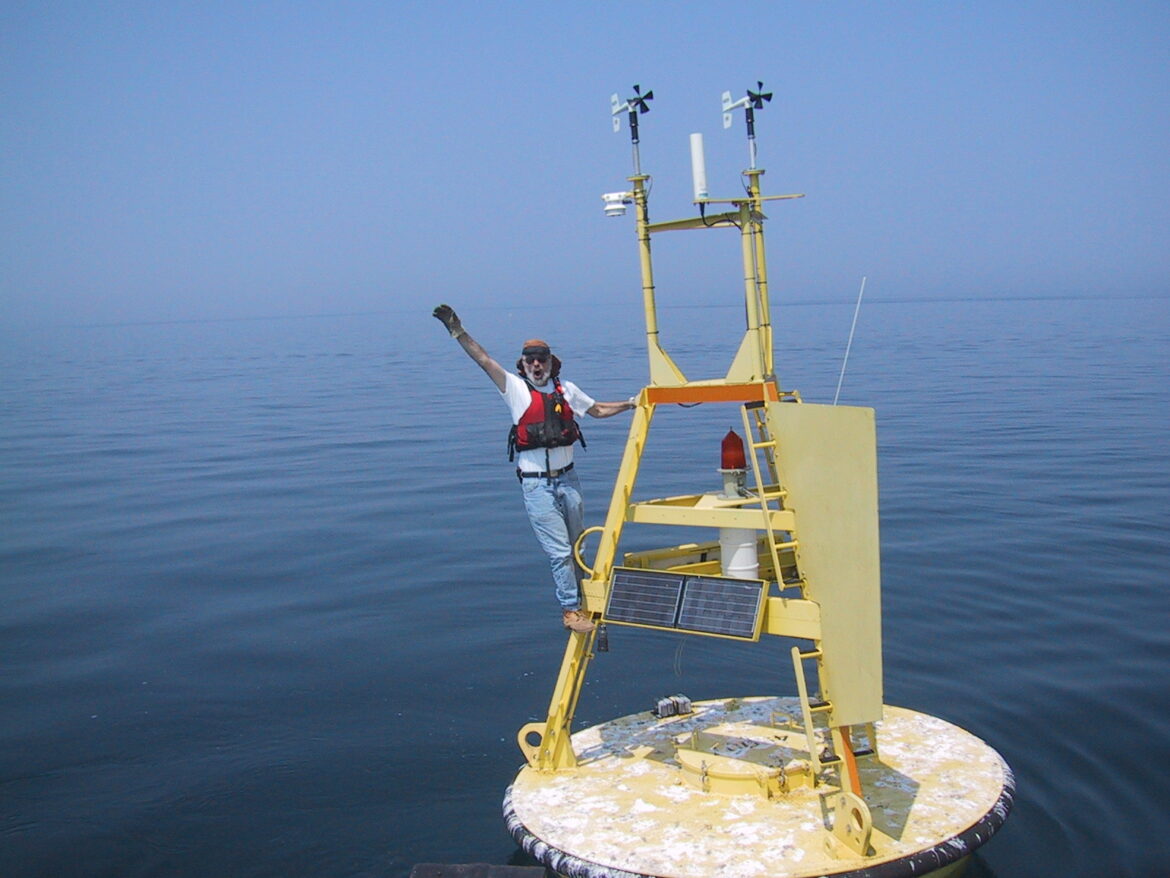 The agency has a cable with multiple temperature sensors attached to a buoy in Lake Michigan. It stretches nearly 500 feet to the bottom of the lake. The device, known as a thermistor string, has been recording subsurface water temperatures since 1990.

It is in the southern end of Lake Michigan about halfway between Michigan and Wisconsin.

The thermistor string has “been collecting water temperatures essentially every hour for the last 30 years throughout the water column,” said Eric Anderson, lead author of the recent study published in Nature Communications.

Deep water temperatures are rising in the winter, which could mean shorter winters and earlier summers, the study said. 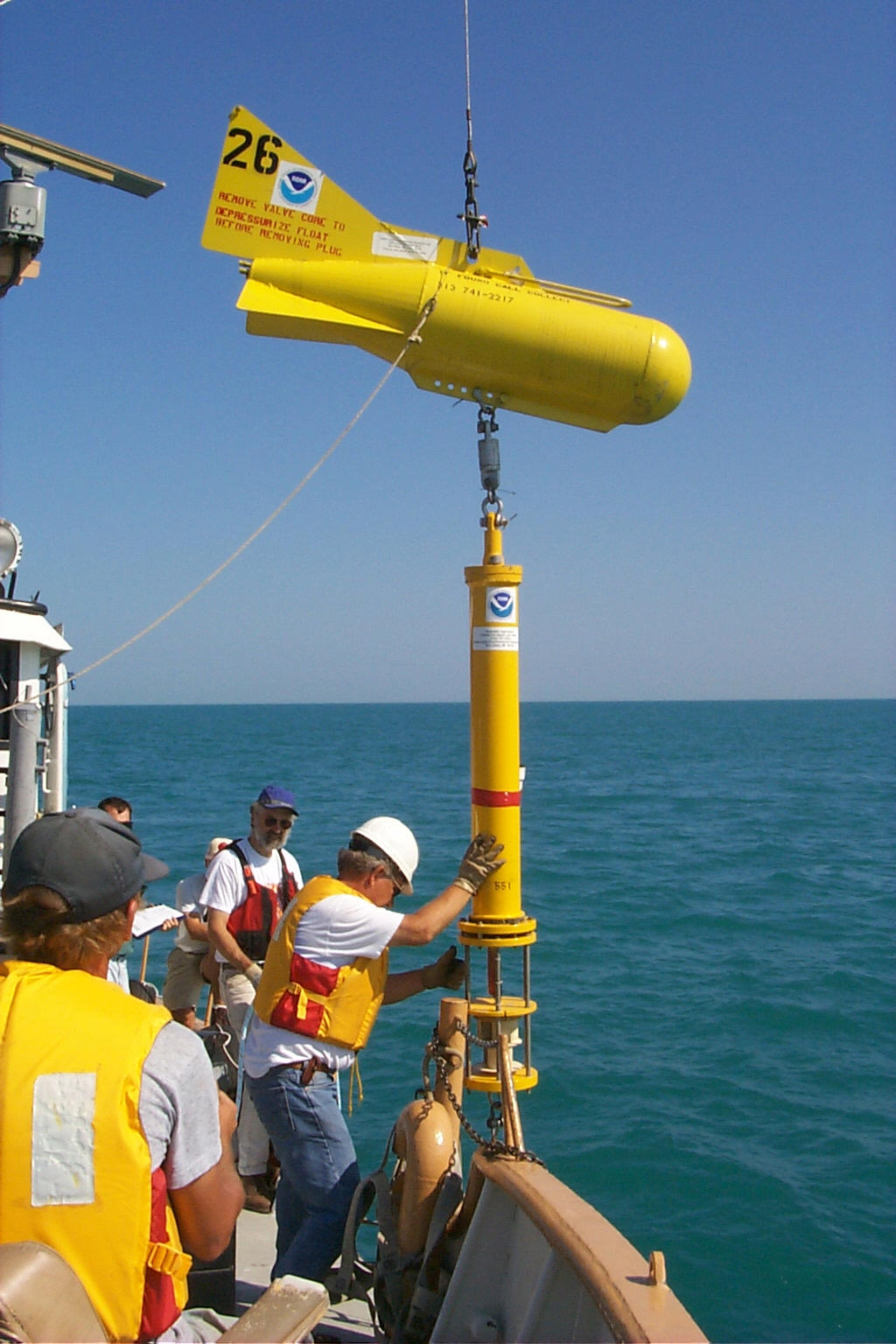 Abrupt changes in water temperatures in the Great Lakes would have profound effects on the region’s ecosystems, Anderson said.

Fish populations could decrease as a result.

“If there’s less ice cover, (fish) eggs are going to be exposed to stormy conditions near the shore,” he said. “If they’re laying eggs in warmer water temperatures, essentially that reproduction success rate is going to be lower.”

Increases in the lakes’ deep temperatures can also lead to changes in the waters seasonal mixing patterns, disrupting ecosystems.

As a result, phytoplankton and zooplankton populations could decrease, resulting in less food for fish, said Craig Stow, a NOAA scientist

Surface temperatures in the Great Lakes have risen by roughly half a degree Celsius each decade, but less is known about deep water trends.

Data collected from Lake Michigan shows recorded temperatures throughout the depth of the water column and not just at the surface.

While the temperature increases aren’t as significant in deep waters as they are at the surface, warmer deep waters could result in shorter winters as the lakes mixing patterns change, the study suggests.

Winters could become shorter and snowfall could become more intense as a result of less ice-cover on the lake, possibly producing more lake-effect snow, Stow said.

“If we say something, it’s sort of informed speculation,” Stow said. “But, for example, with less ice cover in warmer water we might see more lake-effect snow. But, that’s also dependent on the cold air masses coming down, and sorting out the cause-and-effect there is tricky.”

Anderson and Stow said it takes at least 30 years of research to analyze climate trends. Data sets like the one in Lake Michigan are rare.

“This data set is maybe one of a kind in terms of the frequency of measurement and length of measurement that’s going on in large lakes like this,” Anderson said. “That speaks to the difficulty in maintaining this type of observation system for long terms.”

“When you see this increase in water temperature deep down, it means the lake is remembering that things have trended this way for a while,” he said.

Further research is needed to compare temperature trends across the Great Lakes to see how they compare with the deep water data, Anderson said.

“There are scientists that are looking at the likelihood of regime shift in lakes over the next 100 years, from a physical, temperature standpoint and connections to ecology,” he said.

Data collected from Lake Michigan could be used to study how climate change affects large bodies of water, Anderson said.

“This kind of data that we have becomes a part of that story in connection with that research,” he said. “Finding ways to understand what possibilities are out there and what we’re seeing in Lake Michigan fits within that puzzle.”