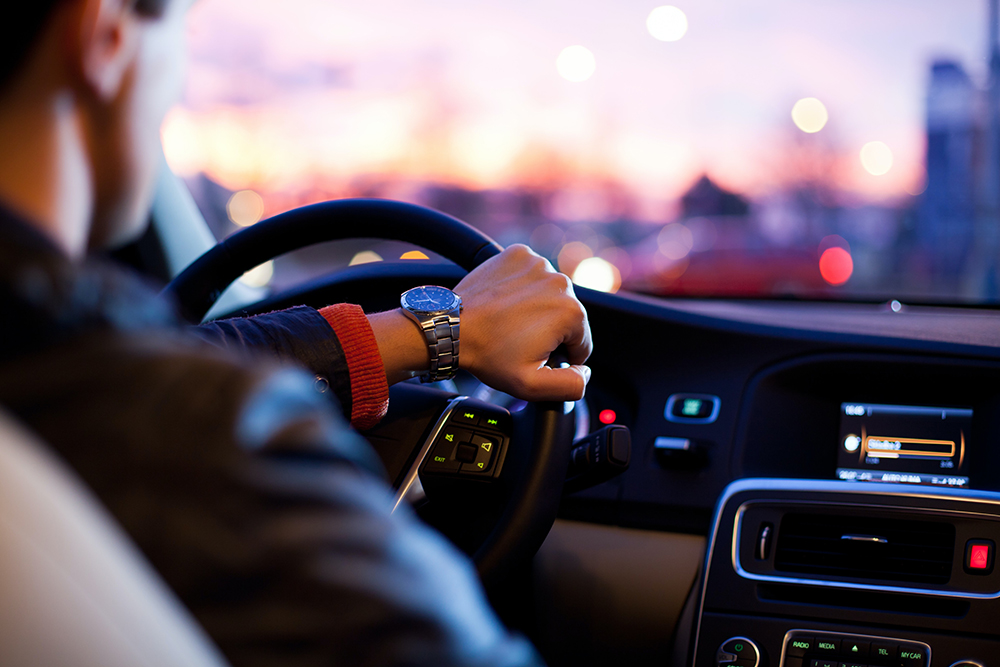 It’s no surprise that cellphone use is a major cause of distracted driving crashes, but a new study details the groups of Michigan drivers more likely to engage in the risky behavior.

The rise in cellphone use over the past 20 years worries the traffic safety community.

“Cellphone use while driving can increase crash risks in various ways, including increasing reaction times and diverting attention away from the primary driving task,” according to the study. 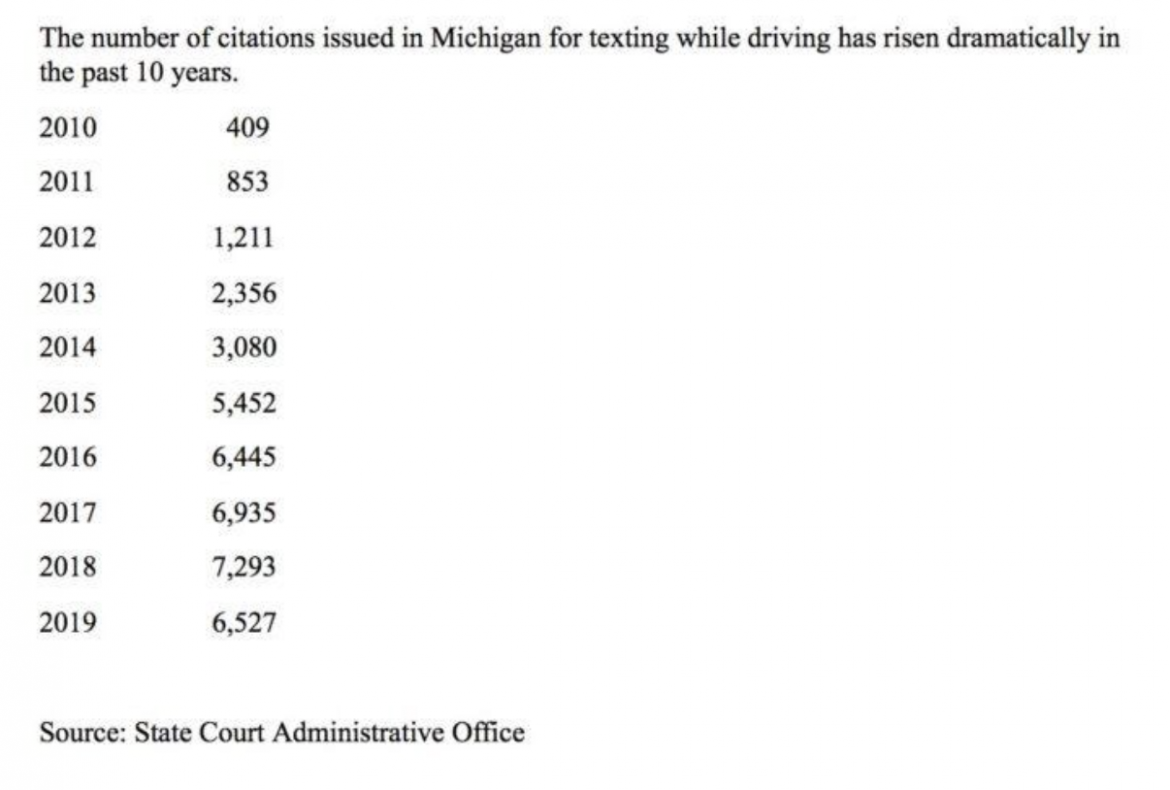 The study found that 7.2% of those drivers were using cellphones – 4.9% for handheld talking and 2.3% for “manual manipulation of the device,” such as texting and browsing. It was part of the state Office of Highway Safety Planning’s annual seat belt use survey of drivers and front-seat passengers.

The study, published in the journal “Transportation Research Record,” said that drivers 16 to 29 years old were significantly more likely than older drivers to be talking and texting.

“The findings were as expected,” Savolainen said. “The youngest group of drivers is where we’ve seen the highest use. As those drivers age, I’m really curious to see what happens in 10, 20 years.”

Other key points from the study:

Other factors that influence cellphone use include the amount of traffic, the type of roadway and whether there are passengers in the vehicle, the study said.

A 2010 Michigan law bans texting while driving, with a citation and fine as the consequence. The first violation carries a $100 fine, which is doubled for subsequent violations, according to the State Police.
Law enforcement agencies issued 6,527 citations for driving while texting last year, up from 409 in 2010, State Court Administrative Office figures show. There were also 16 citations of repeat offenders last year.

The law doesn’t punish most drivers for using their phone for emailing or surfing the web.

Some states ban any kind of hand-held phone use, but there is little movement in that direction in Michigan.

“From my perspective, without stronger legislation and bigger fines it’s very difficult to impact,” Savolainen said.

And he notes that research hasn’t shown that using a hands-free phone is substantially safer.

The president of the Michigan Sheriffs’ Association, Mark Valesano of Iron County, said his organization has no official position on changing the law.

“I don’t believe we should be talking or texting while you’re driving,” he said. “Your concentration is divided.”

For his department, Valesano said distracted driving “is a priority, but we’re in a funny time now.”

“We’re trying to keep our contact with people as minimal as possible,” which means fewer traffic stops by his road deputies, he said.

National Highway Traffic Safety Administration data says at least 14% of fatal crashes in the U.S. related to distracted driving involve cellphone use. However, the new Michigan study cautioned, “The number is likely higher than these published rates, given significant underreporting.”

Last year, Michigan tallied 2,798 crashes involving 2,782 motor vehicle drivers, pedestrians or bicyclists using a cellphone, according to the Office of Highway Safety Planning. Among them, 18.5% of drivers were 20 or younger. Fifteen of those crashes caused a death.

The state also counted 1,398 rear-end crashes where a driver was using a cellphone. Overall, about 38% of crashes involving cellphone use took place at or near intersections, the Office of Highway Safety Planning said.

Savolainen said other studies of cellphone use are underway in the state. One involves targeted enforcement paired with public education.

Another project is looking at crash risks and near-crash risks from different types of distracted driving, using data collected from a study in six cities – including Buffalo, New York, and Indianapolis, Indiana  – with 3,000 cars equipped with cameras focused on drivers’ faces.

Some of those drivers were doing “crazy things,” Savolainen said, including applying makeup, brushing teeth and shaving.

“It continues to be a big issue, and more and more people are doing it. It’s been a very tough nut to crack.”