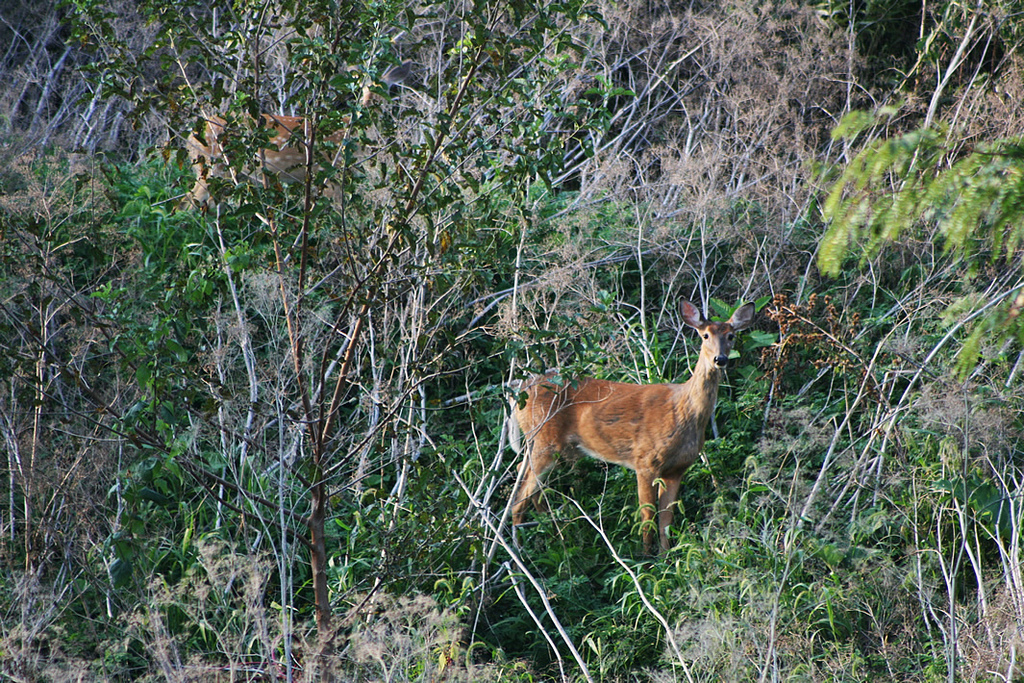 Chronic wasting disease is on the rise in Michigan. Image: USFWSmidwest, Flickr

The past deer hunting season in Michigan witnessed a significant increase in the number of deer confirmed or suspected with chronic wasting disease (CWD), according to the Michigan Department of Natural Resources (DNR).

More deer tests are needed, especially in Michigan counties that have not been sufficiently sampled, to identify the presence of the disease as well as to help develop an overall management plan, the department said.

CWD is a contagious neurological disease that affects deer and elk. It causes a spongy degeneration of the brains of infected animals and could result in emaciation, abnormal behavior, loss of bodily functions and, ultimately, death, according to the DNR.

Surveillance for the disease is ongoing, and DNR added a new nine-township Core CWD Area in Montcalm and Kent counties in late 2017.

Also, the confirmation of CWD in a free-ranging deer from Montcalm County last September led to the mandatory testing of heads for all deer harvested by hunters within 72 hours and within 5 miles of the core area.

“We continue to test deer from portions of Montcalm and Ionia counties that were harvested during the special January deer season,” Niewoonder said. “There are at least 34 deer from Montcalm County that are either confirmed or suspected CWD-positive from this past deer season.”

So far, the source of the disease is unknown, and there is no treatment for CWD-positive deer.

The biggest challenge for treatment is that “there’s so much about the disease we don’t know,” said Dan Eichinger, the executive director of Michigan United Conservation Clubs.

“Since you can only test CWD once a deer is dead, with more deer samples from hunters, we’ll have a much better understanding of the extent of the disease, what direction the disease might be travelling in,” Eichinger said. “And that will help inform what the overall management is to be.”

In the past three years, the state spent more than $1 million annually on CWD testing, according to Stewart.

“The level of detail and the amount of effort that we are putting forward is certainly enough to detect the area where we are intensively looking, but that same level of effort probably can’t be applied to everywhere in the state,” Stewart said.

Niewoonder said surveillance is far from complete for the entire state.

“There are many counties that have not been sufficiently sampled to identify whether the disease is present or not. Since the disease likely occurs at very low levels, it is difficult to detect unless many deer are sampled,” he said.

The state has 75 deer check stations, Stewart said, including several new ones in Montcalm and Mecosta counties.

The workload for DNR staff is determined by various factors, such as deer densities in an area, as well as the geographic range where DNR wants to identify the disease. Additional staff was brought into the testing lab in the past hunting season, according to Stewart.

Though the current testing method is “highly effective,” it is still impossible to identify every CWD-positive deer, said Stewart. “People can’t look at a deer and say it has CWD. Otherwise they would be very easy to target and remove those animals from the landscape.”

Niewoonder said there is no reliable live animal test for CWD, so tests are conducted on dead deer. “The difficulty lies in getting enough samples to detect a disease that exists at very low levels in the deer herd.”

Most of the test samples come from hunters, mostly from October through December.

“That’s when most of our samples are submitted and that’s when most of the identifications of any positive animals come to be,” said Stewart. But in certain surveillance areas, DNR also collects roadkill for testing.

As for deer raised on privately owned farms, testing is done when animals die. Samples must be submitted for testing within one month of death.

“Samples from deer farms in Michigan are sent to the laboratory for testing nearly every week,” said James Averill, the state veterinarian and director of the Animal Industry Division in the Department of Agriculture and Rural Development.