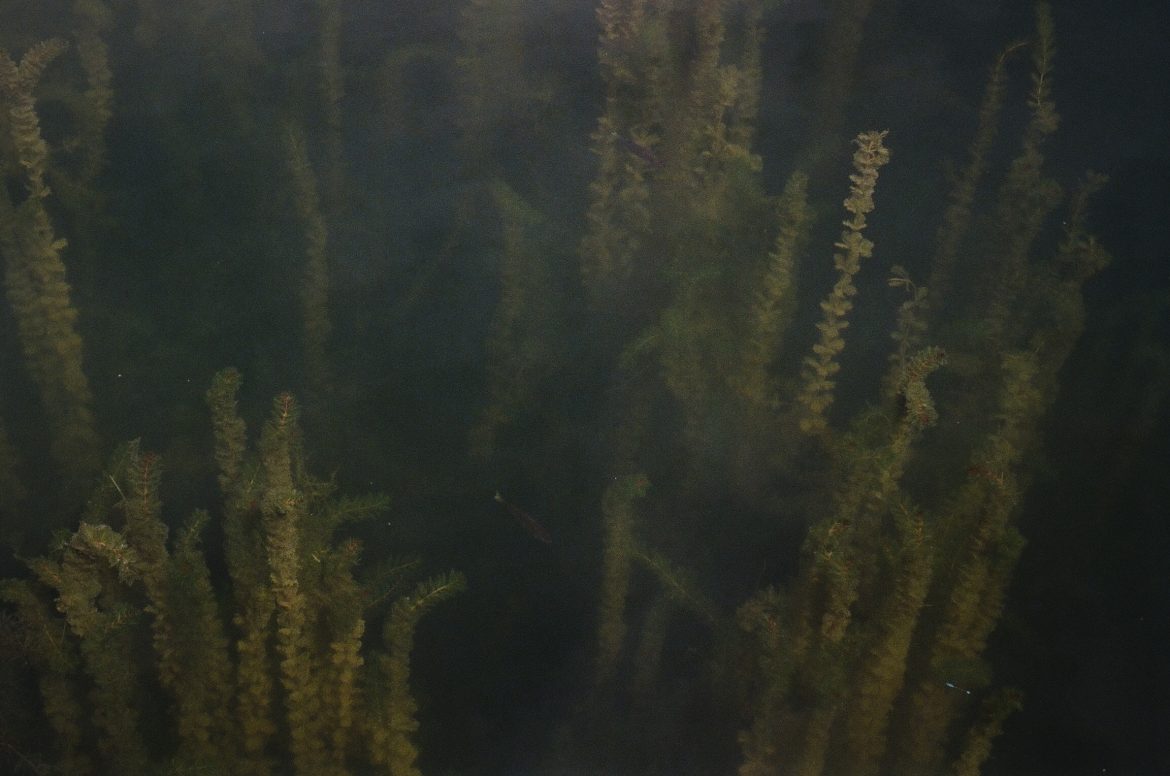 Cracking down on invasive species like Eurasian watermilfoil is one of the recommendations in the white paper. Image: Marie Orttenburger

November’s presidential election is a harbinger of big change for federal programs like the Great Lakes Restoration Initiative, a multi-milliondollar program that addresses a multitude of Great Lakes problems.

Northland College in Ashland, Wisconsin, convened an expert panel recently to discuss the future of the program. The day-long conversation on Madeline Island, Wisconsin, resulted in 12 conclusions to inform policy under a new presidential administration and Congress.

“We’re increasingly understanding that investing in clean, fresh water is a priority for public health, ecosystem health, the economy and a lot more,” Cameron Davis, senior adviser to the administrator of the Environmental Protection Agency, wrote in an email. “The summit gave everyone an important chance to keep thinking ahead about how the public can keep supporting the Great Lakes so the Great Lakes can keep supporting the public.”

The white paper summarizing these conclusions and the discussion was published Thursday. It will be delivered to each presidential campaign’s transition team.

The initiative was established in 2009 under President Barack Obama. It received $475 million for its first year of work and has been reauthorized every year since, receiving bipartisan support.

Experts at the summit agreed that it needed to continue.

“This program has done so much good in terms of restoration and protection and cleaning up places that for years people were despairing over,” said Ron Seely, a veteran environmental journalist, senior lecturer at University of Wisconsin-Madison and author of the white paper. “To make sure that program continued was really the biggest and most important recommendation.”

Another key recommendation was to extend the program’s budget authorization period from one year to five years. That guarantees the effort its minimum $300 million yearly budget for a five-year period, instead of having to receive approval every year.

Many of the initiative’s programs span multiple years, Seely said. “That continuity would give more assurance to the people that begin these programs that they’re going to have the money to finish them.”

The event gave experts a chance to develop clear goals for the program and a rare opportunity to see the forest for the trees.

“Often in this rough and tumble world of political maneuvering, trying to get funding and getting projects out there, there’s not an opportunity to sit back and say,  ‘What do we want this to look like in 5 years, or 10 years, or even longer than that,’” Seely said. “It gave a chance to take a long view.”

Both the Clinton and Trump campaigns have expressed support for the Great Lakes Restoration Initiative.