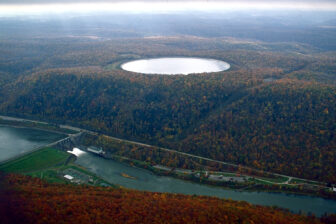 And perhaps someday: a warehouse of iron, salt and water.

Those are the basic ingredients for iron-flow batteries, a technology that could help pave the way for the Great Lakes region’s green energy future.

And the future has to be green, otherwise the effects of uncontrolled climate change could cause more frequent severe weather events, human displacement due to droughts and high sea levels, according to a report from the United Nations.

Energy storage is a priority for many states including Michigan, Wisconsin, Minnesota and Pennsylvania. As alternative energy prices dropped, demand  for energy storage increased, according to the United States Energy Information Administration.

The Institute for Energy Innovation produced an energy storage roadmap for the Michigan Department of the Environment, Great Lakes and Energy in March. It set a minimum storage requirement of 4,000 megawatts by 2040.

The Minnesota Legislature introduced a bill this year that would require utility companies to include energy storage in their resource planning.

Pennsylvania formed an Energy Storage Consortium in 2021. It served as a forum for discussing energy storage goals and strategies, said Geoff Bristow, regional energy program manager for the Pennsylvania Department of Environmental Protection.

“What we need to do is get a better common understanding just what the opportunities and benefits are to various storage approaches,” Bristow said.

One of those benefits is filling in the gaps between renewable energy production and energy use, Bristow said.

Peak energy production doesn’t necessarily coincide with peak energy use when it comes to solar and wind energy. So storing the otherwise wasted energy is essential for cutting fossil fuels out of the energy equation, according to the International Energy Agency. 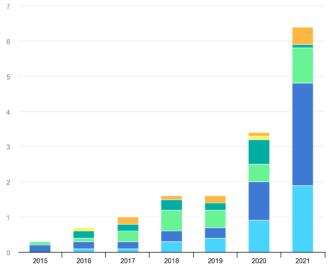 Large-scale storage is nothing new. The Ludington Pumped Storage Plant in Michigan was built in the 1970s and can store nearly 2,000 megawatts.

Pennsylvania has two pumped storage plants, amounting to around 1,500 megawatts of storage between them.

One megawatt provides enough electricity to power central air conditioning for about 250 homes, according to the Michigan Department of the Environment, Great Lakes and Energy.

The creation and management of the Ludington plant has been a good lesson for Michigan in terms of grid scale energy storage, and increasing energy storage is another tool in the toolbelt in the transition to green energy, said Michigan Public Service Commissioner, Katherine Peretick.

Pumped-storage hydropower is efficient and accounts for 90% of the world’s energy storage capacity, according to the International Energy Agency.

But pumped-storage hydropower plants are hard to site. They take up a lot of space and they need a lot of elevation, said Robert Savinell, an electrochemical researcher at Case Western Reserve University.

Those siting restrictions often make it hard to build a plant near a large city where energy is most needed, Savinell said.

Lithium-ion batteries dominate the rest of grid level energy storage, but they are expensive to scale for long term storage, Savinell said.

Iron-flow batteries excel at storing energy in the long term and are flexible in where they can be built, Savinell said.

They use tanks of iron and salt dissolved in water to create an electrolyte solution, the liquid responsible for storing and creating energy.

Because those elements are nontoxic and nonflammable, iron-flow batteries are much safer than lithium-ion batteries and also much cheaper to scale, Savinell said. 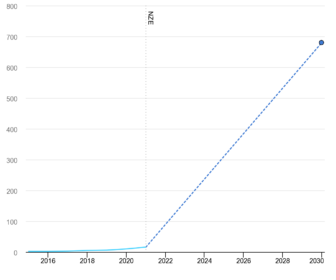 The roadmap established a minimum energy storage requirement for Michigan of 4,000 more megawatts by 2040.

Iron-flow batteries capable of storing and delivering energy at a grid level are still in development, ESS, Inc. is one of the only companies in the United States working to develop them commercially, Savinell said.

While iron-flow batteries are good at storing energy for a long time, they don’t store as much energy as lithium-ion batteries meaning they need a lot more electrolyte solution to store energy at a grid level, Savinell said.

Without increased long term energy storage it will be impossible to fully rely on renewable energy, Savinell said.