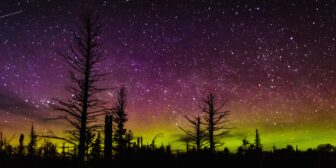 The Keweenaw Mountain Lodge in Michigan’s Upper Peninsula has been accepted into the International Dark-Sky Association, the third dark sky park in the state.

Such areas are becoming more popular in the United States as people become more interested in ecotourism experiences, according to park attendance figures and Alan Dyer, an astronomy writer and photographer and producer of planetarium programs for the TELUS Spark Science Centre in Alberta, Canada.

The Keweenaw Peninsula has seen a drastic increase in park attendance, likely due to its entrance into the International Dark-Sky Association.

“People have a bucket list of amazing sights they want to see, like the Northern Lights or the Milky Way,” Dyer told USA TODAY.

Dyer described the night sky as one of the many wonders of the world.

The night sky is less visible in urban settings because of the lights, so enthusiasts head to rural areas, like the Upper Peninsula. 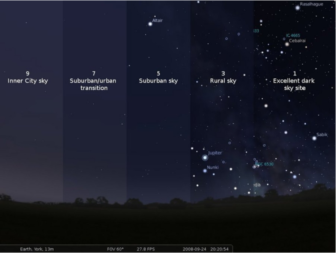 John Mueller, the interim general manager at the Keweenaw Mountain Lodge in Copper Harbor, said he hopes that more dark sky parks will join in the near future.

“But, in the last two or three months, the laws changed and state parks designated as dark sky areas can now stay open later than 10 p.m.,” he added.

It looks like the legislation is moving in the right direction, Mueller said.

Although the process to join was rigorous, he says becoming part of the association was a great move for his lodge.

“This was a process we wanted to be part of,” Mueller said.

“Becoming a part of the association, that was just the byproduct of doing a great job.”

He described the acceptance as a guiding force rather than an end goal.

“Even if it wasn’t worth it [to join], we’d still be doing it,” Mueller said, referring to astrotourism.

Stargazing is one of the many ways people are connecting to nature, especially after the COVID-19 pandemic motivated people to spend more time outdoors.

Mueller says the lodge’s park has that “national park era” feel, like Acadia or Yellowstone.

The parks are working on creating light only in a manner that fosters dark skies, he added.

Light pollution is a major health concern, but the International Dark-Sky Association says that dark skies provide benefits to human health, like improving circadian rhythm and connections to nature.

Many parks globally have reduced their light pollution and implemented dark sky programs.

The association recognizes about 200 parks around the world.

There are six night-sky protected state parks in Michigan, according to the state Department of Natural Resources: Negwegon, Wilderness, Thompson’s Harbor, Rockport and Port Crescent, state parks, plus the Lake Hudson Recreation Area. ;

Nighttime entry fees, if any, are minimal.

The Keweenaw Dark Sky Park has 24/7, 365-day access, with no check-in required. Stargazing is free, but lodging, workshops, food and beverages are not.