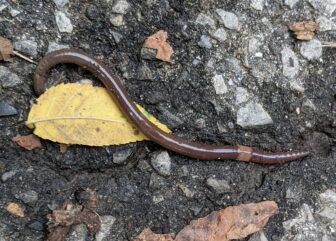 For the first time, Asian jumping worms were found in Ontario in March. The discovery of the invasive worms follows sightings in all Great Lakes states except for Michigan, Pennsylvania and New York, reports the University of Georgia’s early detection and distribution mapping system.

Jumping worms are known for their active behavior, aggressively wiggling and thrashing as opposed to the more sluggish earthworms we are used to.

Researchers are still figuring out how the invertebrates reached the province, said Colin Cassin, the invasive species policy manager at the Invasive Species Centre of Ontario

“I think the best guess would be that the species has been introduced and lightly distributed through the horticulture trade,” Cassin said.

Researchers ask gardeners to be mindful of jumping worm cocoons that may be transported in soil. Image: Chang, C-H. et al. 2021

The main problem with jumping worms is their high reproductive rates, he said. While the worms may damage forest ecology in the same way as other earthworms, their rapid population growth magnifies the impact.

All earthworms are prolific consumers of the organic litter layer in topsoil, causing fundamental changes in the environment.

“That leaf litter layer acts as nature’s mulch and helps mitigate any drought, or even forest pests, within the deciduous forest community,” Cassin said. “They munch away on that organic layer and they mix it in and tend to burrow it down into deeper layers within the soil.

“It actually changes how biodiverse the understory plant community is,” he said. “Some of those beautiful spring wildflowers, things like trillium, and bloodroot, earthworms consume those seeds and generally shift those plant communities away from biodiversity hotspots into less diverse communities.”

Few people know that almost all earthworms in North America are not indigenous, Cassin said. While a handful of native species survived in southern states, most were wiped out during the Ice Age that formed the Great Lakes.

“They may seem like an innocent ecosystem engineer with not much of an impact, but when you start to look at it, they have really ecosystem-level changes and implications,” he said.

Consuming the leaf litter processes the organic nutrients through worm castings, or worm waste, more rapidly than by decomposition. The castings left on the surface are vulnerable to wind and water displacing the nutrients. 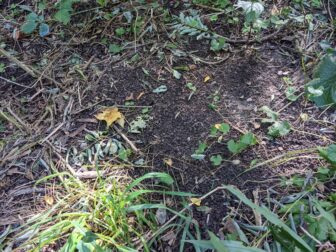 “Think of having a plant in coffee grounds. If you were to pull it, it’s just going to come right up,” said Ryan Hueffmeir, director of the Boulder Lake Environmental Learning Center. “There’s no soil structure to hold it in.”

The center in Duluth, Minnesota, has taught the public about jumping worms for the last three years.

“We’ve been working on getting people to understand how to do their due diligence and how to ask the right questions,” Hueffmeier said. “Where did this compost come from? Where did this mulch come from? [Are] these companies that are processing taking steps to track it? Or do they know about jumping worms?”

Jumping worms are identified by their behavior as well as the clitellum, the thick band near the head of the worm. It is smoother and lighter in color than that of other earthworms.

Researchers look for worms by soaking the ground with a mixture of mustard powder and water, Cassin said. The mustard powder acts as a mild skin irritant and sends all worms to the surface, where they are then rinsed off and studied. 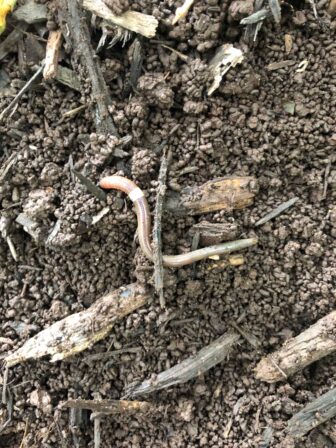 But home gardeners can just keep their eyes peeled for them.

“We want people searching their properties, searching public parks, things that they can do with their families, it can be fun,” Hueffmeier said. “And we want to know if they don’t find anything, that’s just as important as finding something.”

Removal of invasive species once they are established is extremely difficult, making prevention essential, Cassin said.

“Sometimes we see people with best intentions just taking a little extra garden soil they don’t want and throwing it in the community compost pile,” he said. “That’s a great action that we can stop that would prevent the spread of earthworms or other species.”

The University of Minnesota Duluth offers a Great Lakes Worm Watch where you can find tools for identifying and reporting sightings of jumping worms.