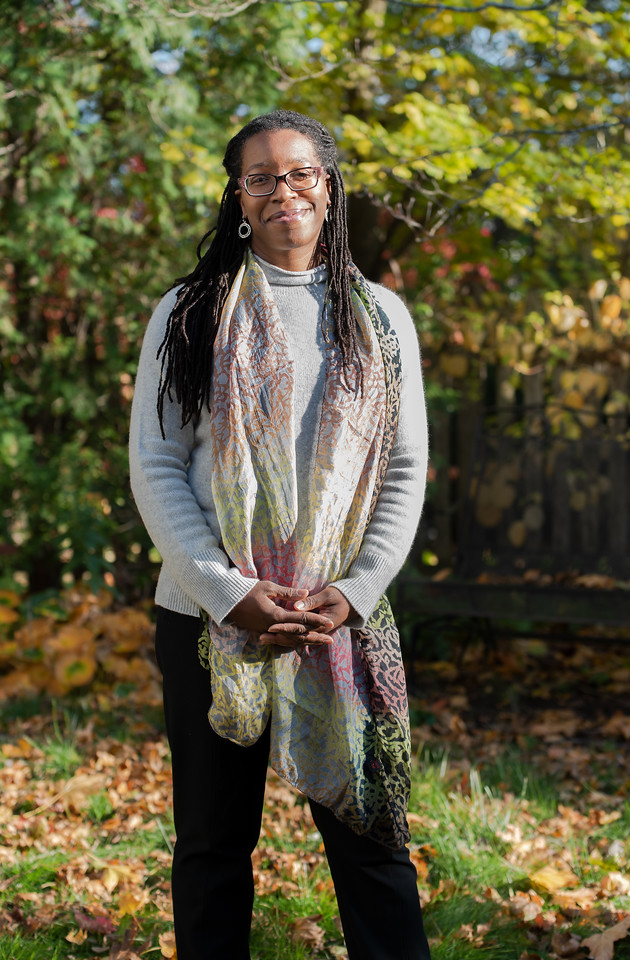 A Harvard historian’s book about slavery in Detroit- – the last stop on the Underground Railroad – examines how that history was influenced by the region’s geography.

Author Tiya Miles, a Cincinnati-born history professor at Harvard University, recounts how the European settlement of the Detroit River and the economic ventures in the “City of the Straits,” shaped slavery in Michigan. The fertile trade connection to the Great Lakes was ultimately an invitation to settle for fur traders who were slaveholders..

The Dawn of Detroit: A Chronicle of Slavery and Freedom in the City of the Straits (New Press) was published in 2017. It is among the books selected by the National Museum of the Great Lakes to launch Toledo institution’s new regional book club. 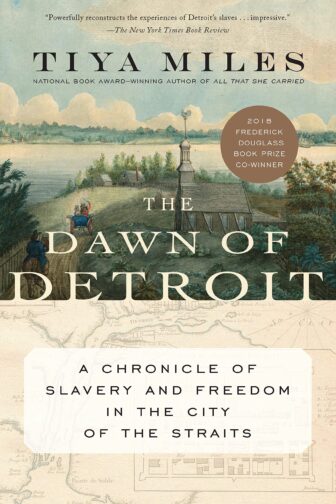 The Dawn of Detroit, published in 2017 and written by historian Tiya Miles was the February book for the National Museum of the Great Lakes book club. Image: Amazon

Recently Great Lakes Echo caught up with Miles. While she declined to be interviewed, she agreed to answer questions by email. The following are her responses, edited for length.

Echo: How did growing up in Ohio, in the Great Lakes region, influence you?

Miles: I grew up in Cincinnati, a city dependent on and culturally marked by the Ohio River. However, I never really thought of the river as an important entity or aspect of my environment until I read Toni Morrison’s Pulitzer prize-winning novel, Beloved, about an enslaved woman’s escape across the Ohio River.

I read that novel for the first time in a college class on Black women’s history, but it would take three reads and graduate school before I felt that I had a grasp of its many layers and insights. As I reflected on the Ohio River as a permeable liquid boundary between the “slave states” and “free states,” I began to think more about the meanings of waterways to Midwestern communities and to African American history and to imagine the potential for these historic rivers to contribute to empowered identities and shape a sense of eco-cultural consciousness that might strengthen collective resilience in the present and future.

Echo: What does your work in environmental humanities entail?

Miles: I am interested in exploring the role of nature and the environment in U.S. culture and history, especially with regard to Black and Native American women’s ideas and actions of the past. I am also committed to creatively exploring geographical and ecological questions and issues in public facing humanities projects, such as the ECO Girls project and Mapping Slavery in Detroit project.

The Detroit slavery map and website developed into my book, The Dawn of Detroit: A Chronicle of Slavery and Freedom in the City of the Straits. That book begins with the geography and topography of the Detroit River and with the environmentally based economic enterprise of beaver fur trade in and around Detroit.

Echo: How are Native American and African American history intertwined in the Great Lakes region?

Miles: There are multiple strands of interrelationship between Black and Indigenous peoples in Great Lakes histories. One of those strands is enslavement, since members of both groups – in the case of Native peoples, we are  talking about multiple nations within this generalized reference to “groups” – could be held, traded and sold as slaves by Europeans in the region.

I detail this complex circumstance and how it changed over time as well as describing a diversity of experiences of bondage in The Dawn of Detroit.

Another strand of interrelationship was marriage and family formation. For readers who want to learn more about this subject of interrelated histories, I recommend an excellent new book by the Ojibwe historian Michael Witgen: Seeing Red: Indigenous Land, American Expansion, and the Political Economy of Plunder in North America. A key figure in Seeing Red is the Afro-Ojibwe fur trader and political actor George Bonga.

Echo: What was the most poignant thing you found in your research for The Dawn of Detroit?

Miles: I was disturbed and saddened to uncover the extent of the enslavement of Indigenous women and girls in Detroit. Native American women made up the largest subgroup of enslaved people mentioned in the St. Anne Church records in Detroit, a major primary source for my research. There is ample evidence indicating that these women and girls were subjected to sexual abuse and coercion, as were Black women in the slaveholding South. Numerous babies with no recorded fathers were born to enslaved Indigenous women in and around Detroit; these children were unfree because they followed the condition of their mothers.

It is, at the same time, important to note that sexual relationships between European men and Indigenous women did exist on a spectrum. Sometimes intimacies and marriages were chosen by free Indigenous women. Through the exploitative “possession” of Native women and girls, as well as through consensual cross-cultural couplings and marriages, French, British, and American male settlers in Detroit were able to maintain their households and farms, increase their access to Native communities for trade and political purposes, procure and produce commercially appealing trade items, and more.

Echo: What do you hope readers take away from The Dawn of Detroit?

Miles: I hope readers appreciate that the system of slavery and contributions of enslaved people – both Native and African American — were essential to the development and success of Detroit as a fur trading post and to Detroit’s identity as an American place in the years preceding the War of 1812.

I also hope readers see that what happened in Detroit didn’t stay in Detroit, to borrow a familiar tagline. Pressure from merchant-elites and Michigan territorial leaders in Detroit, along with the desires of federal officials in Washington, led to the dispossession – through treaties born of histories of violence – of Potawatomie, Ojibwe, and Odawa people in and surrounding Detroit, and later across the state.

The influence and wealth of some of Detroit’s earliest merchant-slaveholder families contributed to the establishment of the University of Michigan in 1817. The state of Michigan and city of Detroit benefitted from the losses of generations of Native and Black families, which is sobering to consider.

The Dawn of Detroit, published by the New Press, is available online and in bookstores in hardcover, paperback, Kindle and audiobook editions.