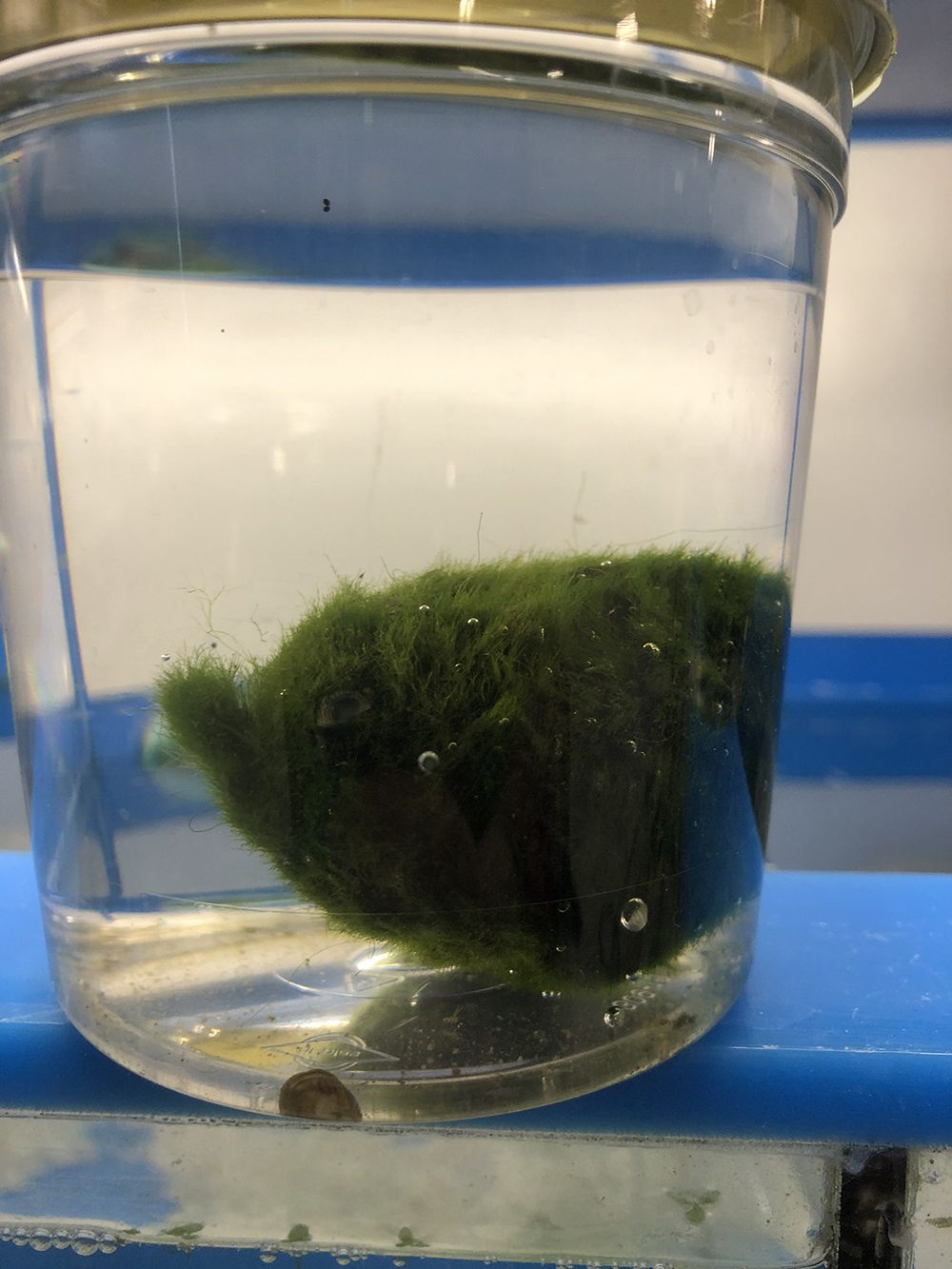 The new hitchhikers in the Great Lakes region aren’t stopping drivers with a thumbs up. They’re riding moss balls across the ocean.

Midwesterners with moss balls in their aquariums should be on the lookout for invasive zebra mussels, experts from Michigan and Wisconsin warn.

The invasive mussels feed on nutrients and microscopic organisms. That harms native species by altering the food web and changing the water chemistry, said Paige Filice, the coordinator of Reduce Invasive Pet and Plant Escapes. The program works to prevent the spread of invasive species in Michigan waters by educating retailers and the public.

“Zebra mussels are one of the most devastating invasives in North America,” Filice said. “Everyone who knows about invasives, at least in Michigan, the first thing they think of is a zebra mussel.”

The mussels, which first came here from Eurasia in the ballast water of freighters, are now reported in waters across the nation, according to the U.S.Geological Survey.

The moss balls are from Northern Europe and Asia.

In Michigan and Wisconsin, they were found recently in Marimo Moss Ball products sold at Petco and PetSmart stores. But they could be in products from other brands, stores or even online, according to the Michigan Department of Natural Resources.

They’ve been pulled off the sale shelves for now.

Moss balls are popular aquarium plants because they are hearty, easy to keep and provide habitat for small fish and shrimp, Filice said. They’re also sold in jars as houseplants.

But they’re not made of moss.

Despite the innocent look, these plants now increase the probability of introducing zebra mussels to new waters, said Lucas Nathan, the aquatic invasive species coordinator for the Michigan Department of Natural Resources.

The most likely way for zebra mussels to make their way from aquariums to lakes is by people releasing their plants and animals instead of disposing of them properly, or accidentally releasing them while cleaning the tanks, Nathan said.

“We know once they get introduced, they can be hard to get rid of,” he said. “Trying to prevent them from getting introduced is really the best strategy we have right now.”

Don’t release them into lakes, streams, yards or drains, according to the U.S.s Fish and Wildlife Service. Instead, freeze them for 24 hours, boil for a minute or bleach for 10 minutes and seal in a plastic bag and put in the trash. The aquarium should then be drained and cleaned following one of the methods listed on its website.

But if you don’t see any invaders at first glance, keep looking. 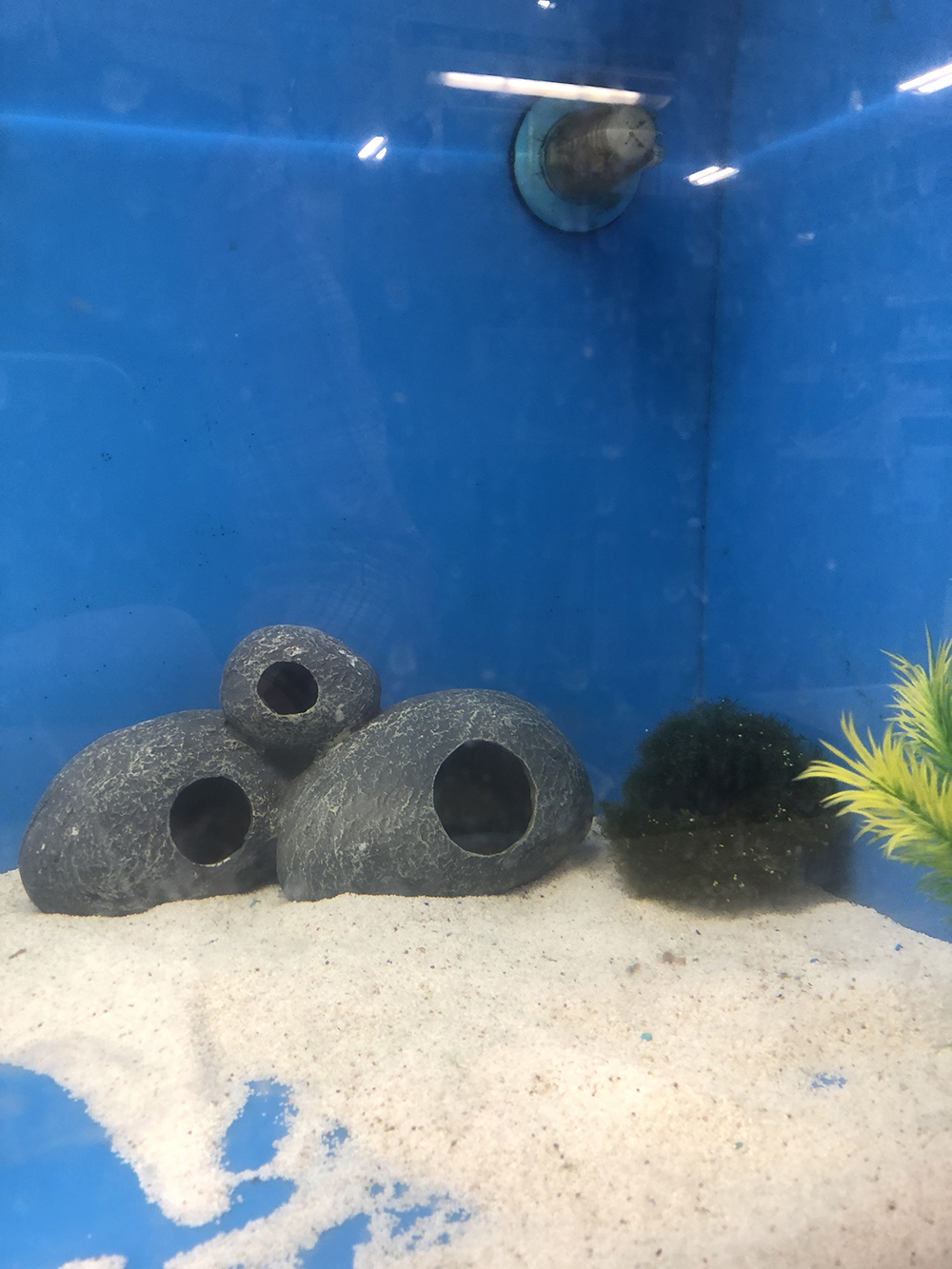 “When zebra mussels are young, they are very, very tiny and likely not possible to spot with the naked eye,” Nathan said. “It is possible you might look today and not see one, but after that small juvenile mussel becomes a larger adult it might be easier to spot.”

Although the mussels have inhabited the Great Lakes for a long time, they are not in all Michigan waters, so it’s important to prevent their spread, Nathan said.

And in Wisconsin they aren’t as widespread as many people think, said Amy Kretlow, an aquatic invasive species monitoring specialist for the Wisconsin Department of Natural Resources.

“Out of the approximately 10,000 lakes we have in Wisconsin, we really only have about 350 to maybe 400 lakes and rivers that have zebra mussels,” Kretlow said.

She worries people won’t think the spreading mussels is a big issue because of the misconception that they already reside in many of the state’s lakes.

Though it is new to see zebra mussels hitchhike on aquarium stock, this has always been an issue to watch, Filice said.

“It’s not necessarily uncommon for an aquatic plant to have something else on it,” she said. “It just happens to be that generally those hitchhikers aren’t as negative as the zebra mussel would be.”

Filice recommends inspecting and rinsing any new aquatic plants, not just moss balls, to rid them of things like seeds and snails.  And always seal aquatic plants in a plastic bag for disposal — never release aquarium contents into waterways.

Michigan residents who find zebra mussels in their aquariums should take photos and send them to Nathan at nathanl@michigan.gov. The U.S. Geological Survey requests mussel sighting reports through its Non-indigenous Aquatic Species database.