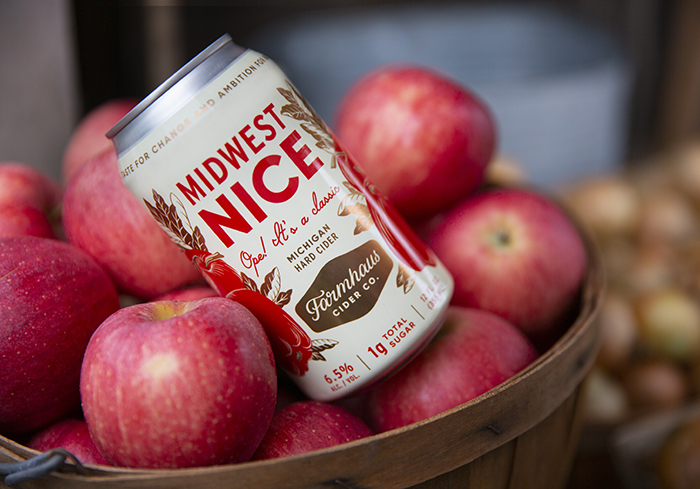 John Behrens, president of the Michigan Cider Association, says that without agriculture there is no cider. Image: Full Circle Marketing

The Michigan Craft Beverage Council recently awarded $34,644 to study how to produce new varieties of apples for cider making.

The council is funding the study led by Steve Van Nocker, a professor in Michigan State University’s Department of Horticulture, who started the project about 15 years ago. His long-term goal is to develop an apple that can be used for juice and extracts.

By targeting characteristics like red juice and flesh and resistance to disease and harsh climate, his research could diversify Michigan apples.

While some companies are interested in red-fleshed apples for fresh market sales, the real economic potential lies in beverage making, Van Nocker said.

The juice from these red-fleshed apples would be great for sports drinks, novelty juices or health food products, he said. The dark, bitter juice could also be sold for direct consumption.

“Anytime we can get our hands on a new, weird apple, we try to go for it,” said Tony Hansen, chief information officer for Short’s Brewing Co. 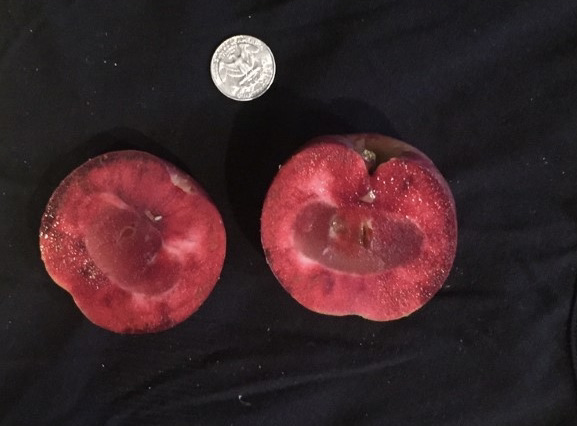 The red juice apples have been a hit among Michigan cider makers. In 2016, Starcut Ciders, a division of Short’s Brewing Co., developed a dark red cider using Otterson apples, one of Van Nocker’s parent varieties. To make  “Flamingo Juice,” Ottersons were used heavily to capture how future blends might taste, Hansen said. The red juice can also create rosé hard ciders, which have gained popularity in recent years.

“I feel like everyone is making a rosé now,” he said.

While Van Nocker’s research has opened positive horizons for researchers and beverage makers, it could also benefit apple growers.

“When it comes to cider it is really all Michigan-grown apples,” Behrens said.

One of the challenges with producing cider is the higher cost at early stages, Behrens said.

The cost and availability of fruit varies year to year, Behrens said. The sugar levels in the fruit can also vary.

There are also concerns about diseases like fire blight and scab. While Van Nocker’s pre-breeding apples resist these diseases, there are still worries about losing crops to climate.

Warm early springs promote floral development, Van Nocker said. Then late spring frosts can damage these flowers and decrease the apples yielded. Such damage can be avoided by introducing lines that are extremely late blooming..

Van Nocker’s pre-breeding line of apples has shown results in color, production and disease resistance. Size remains a limiting factor. The apples are too small for most modern cider making equipment. As a result, apples can bounce out or be crushed by rollers while being washed and processed.

Van Nocker will continue crossing different varieties of apples in pursuit of the desired traits. If he gets something he’s happy with, he will test grow it in at least three other Michigan locations. The process could take about five years before he recommends the fruit to growers.

After that, more plants will be grown to meet demand.