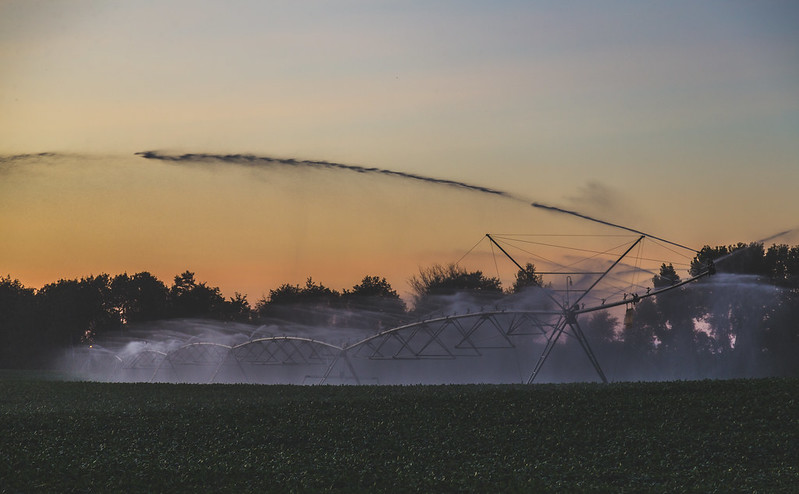 For the past 25 years, Leann Szakal and her husband have operated a dairy farm with 80 cows in Corunna, Michigan, with the help of their three children.

As the price of milk began to decline in 2015 and operating costs increased, Szakal struggled to meet her operating loan payments with GreenStone Farm Credit Services. Unable to make the payments in spring 2020, Szakal refinanced her loan which she will now repay over the next 20 years.

“Input costs have drastically changed in the last five years,” Szakal said. “It’s nearly impossible for a small farm to survive because input costs are too high.”

According to the U.S. Department of Agriculture, only 43.6% of farms nationally had a positive net cash flow in 2017.

Chapter 12 farm bankruptcy filings grew by 20% in 2019, with a total of 595 filings, making it the second-highest in recent years, according to the USDA. This provision of federal bankruptcy allows for family farms and fisheries that derive over half of their gross income from their operations to restructure their finances to avoid foreclosure.

Ernie Birchmeier of the Michigan Farm Bureau said the fact that farm income in 2020 was the highest in both Michigan and nationally since 2013 may have played a part in the lower number of filings.

“It was due to some additional assistance that was sent to farmers due to COVID-19 because of market shutdowns and market losses,” Birchmeier, a livestock specialist, said.

While the USDA projects that farm income will fall about 8% this year, Anderson said it’s still 21% above the 2000 and 2019 average.

“If you are a dairy farmer or livestock producer feeding corn and soybeans to your livestock, your profits will be down. There’s always a few winners and losers.”

GreenStone, based in East Lansing, Michigan, holds 70% of the market share for farm credit services in Michigan.

According to Anderson, GreenStone has made great strides in assisting its borrowers during these unprecedented times.

“When interest rates really bottomed out when COVID-19 hit, we saved our customers a little more than $32 million in one year in the form of reduced interest costs,” Anderson said. “By converting their fixed rate or adjustable rate loan product into a new one for a nominal fee, we saved them a tremendous amount of money for the next five, 10 or 30 years.

“We’ve gone a long way as a lending cooperative to help where we can.”

Tucker Mays of Dansville, Michigan, has been a crop farmer since 2018. He started with 90 acres and now harvested 700 acres of corn, soy beans and wheat in 2020.

While Mays said he benefited from the program, he struggles with the debt he will take on.

“It’s well known that in order to run a farm, you have to have an operating loan,” Mays said. “Now it’s very hard for a beginning farmer because the swings of cash flow are enormous. That’s kind of a stigma with agriculture that to farm you have to have debt, and it’s not usually small.

In addition to swings in cash flow, Mays and other farmers are dealing with a shortage in fertilizer.

According to Mays, fertilizer prices have skyrocketed this spring, and production has shut down. Following the advice of a mentor Mays bought his fertilizer last fall, but he said the uncertainty in farming makes it challenging.

“As promising as this year looks, there’s always something,” Mays said. “We’ve got a new battle before we even take off in the fields. As much as it’s disappointing most of the time, it keeps things interesting, that’s for sure.”

In addition to farming, Mays relies on a secondary income from full-time employment at an agricultural technology company.

While the COVID-19 pandemic is an unprecedented time for everyone, there are farmers who have been working since the 1970s – known as the heyday of agriculture.

Ninety-one-year-old Jerry Jorgenson runs his third-generation family farm on 9,000 acres in Locke Township, Michigan. His father started it in 1926.

Like many other agricultural operations, Jorgenson has had to adjust to the market – selling off cattle in the process.

Jorgenson’s farm survived the high-interest loans during the 1980s and benefited from the high commodity prices of 2012-14.

While Jorgenson said he doesn’t like government subsidies, he worries about keeping the confidence of small farmers strong.

“You have to be optimistic,” Jorgenson said. “There’s only so many acres in the world, and the population is expanding. And I don’t think any farm family should feel like there isn’t a future for what they’re producing.”