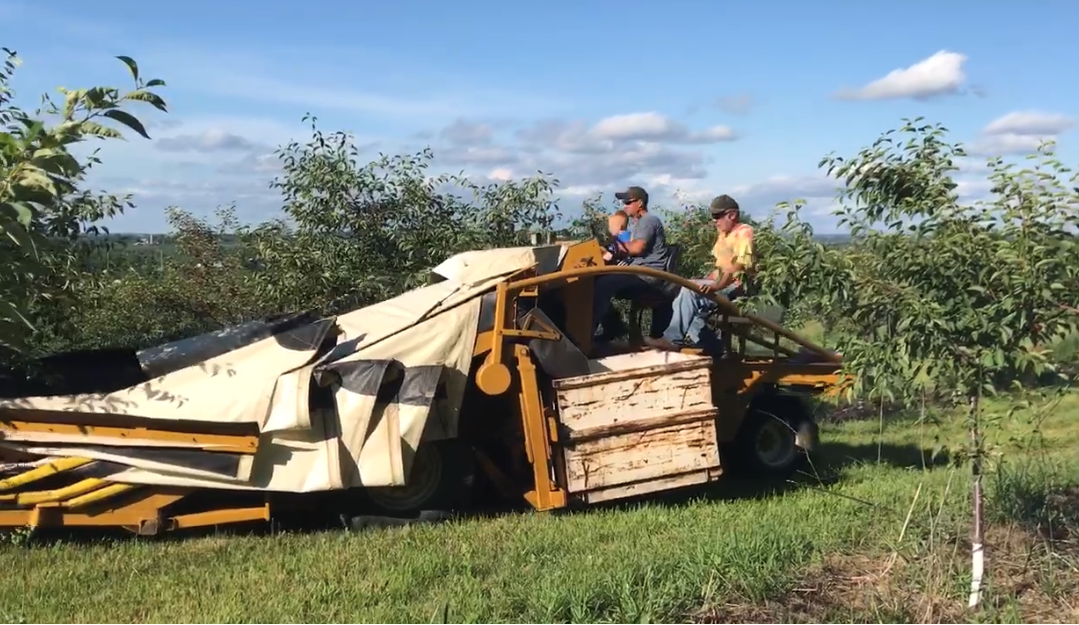 Struggling Michigan cherry farmers hope to cash in on a growing consumer trend during the pandemic: We’re eating more snacks.

The DeWitt-based Cherry Marketing Institute will use a $125,000 federal grant to promote the benefits of cherries to manufacturers of snack food and beverages, said Julie Gordon, president.

“With consumers snacking more often, we thought this would be a good opportunity to try to get new product innovations geared to the snacking trend,” Gordon said. She leads the national research and promotion organization that works on behalf of growers in Michigan and three other states.

Gordon’s group looked at an April survey of just over 1,000 adults by the International Food Information Council’s 2020 Food & Health Survey. It reported that 32% said they are snacking more since the start of the pandemic. The annual survey also found that COVID-19 had altered the way we eat: 85% reported changed eating habits with 60% reporting they were eating more at home.

Protein bars and shakes are one such possibility. The targets are major manufacturers including Kellogg’s, Quaker, Nestle and Smucker’s. Cherries are already used in a variety of snacks from chocolate-covered dried cherries to a cold-brewed sparkling cherry coffee drink. A Traverse City company, Deering’s, even produces cherry beef jerky.

The grant was one of 19 federal grants for specialty crops recently announced by the Michigan Department of Agriculture and Rural Development. The federal program offers funding to state departments of agriculture to support the specialty crop industry, including fruits, vegetables, tree nuts, plants and flowers.

Gordon said U.S. growers are struggling because of cherry imports from Turkey and Poland, where government subsidies drive down the price to consumers.

In the past, the cherry institute has used the federal specialty crop grants to promote the Montmorency tart cherry name directly to consumers. It’s a variety grown only in the U.S., Gordon said.

Unfortunately, imports have also begun using the Montmorency name, though Gordon contends it’s not the same cherry or quality as those grown in the U.S.

Michigan, with nearly 300 tart cherry farms, produces 75% of the tart cherry crop in the U.S.

In addition to import woes, Michigan’s crop this year suffered from a late freeze that reduced cherry production by some 60%.

Michael DeRuiter, 38, of Hart, a third-generation cherry grower, said the U.S. cherry industry is in danger. His family farms 800 acres and also processes cherries. He has served on an industry board and is a member of the Michigan Farm Bureau board of directors.

He said imported produce has already overtaken the U.S. cherry juice market over the last decade. Now the U.S. industry is fighting to keep its share of the dried cherry market.

“Turkey owns the juice market here. We cannot let them take over the dried market. It could be the dagger for the industry,” he said.

The spring freeze reduced the cherry crop this year, but higher prices made up for it for some farmers, though others lost their entire crop, DeRuiter said.

He said he has lobbied for policies that will do more to protect U.S. growers.

“All we want to do is survive, feed our family and be able to compete on a level playing field,” he said.

DeRuiter supports the idea of expanding the market for cherries with more snacks.

“I think everything helps. If any processor or group of growers can come up with a new product, it’s all good stuff that helps the U.S. grower out,” he said, adding: “It’s a marquee fruit product for Michigan. I’d hate to see that go away.”