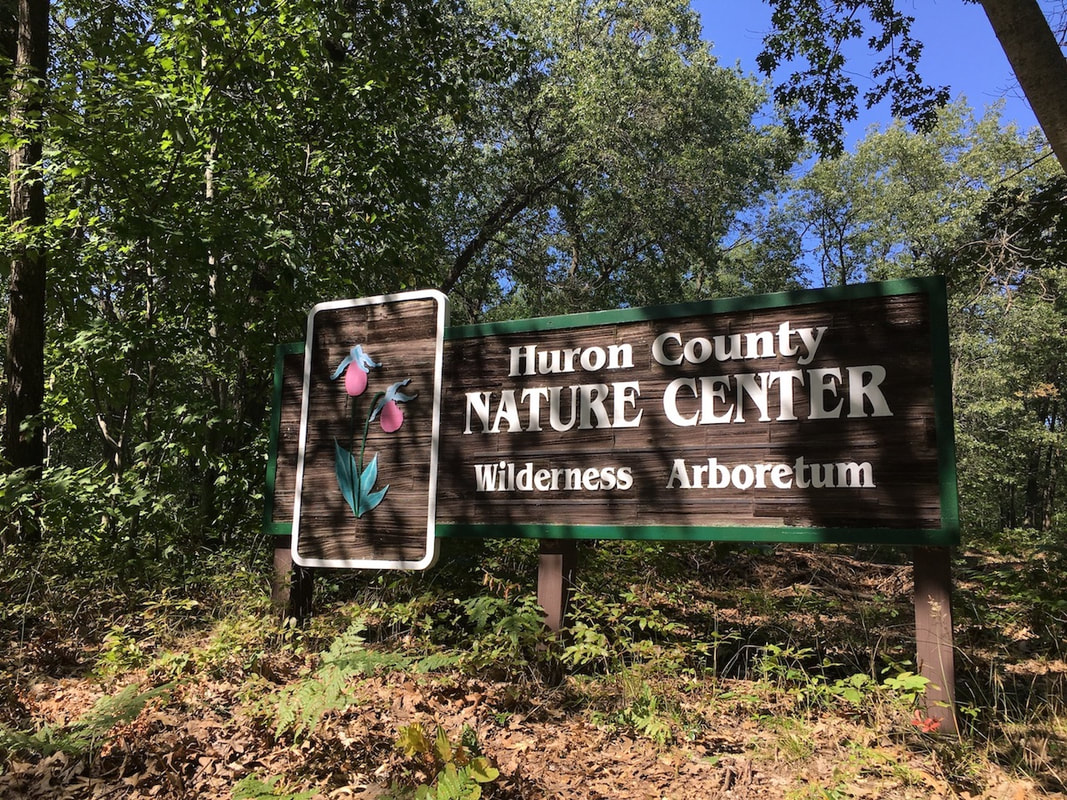 Buried halfway down on the home page of the Huron County Nature Center website is a line that best sums up this unusual preserve at the tip of Michigan’s Thumb: “A short drive to wilderness...”

Located only two hours from the northern part of Metro Detroit and an even a shorter drive from Flint and Saginaw, the nature center is a 280-acre oasis of woods and wetlands in an area of the state known mostly for sugar beets, navy beans and the sandy beaches of Saginaw Bay.

The county has owned a portion of the land since 1941, and from the beginning was jealously guarded by the local chapter of the Federation of Women’s Clubs. During a half century of stewardship, the federation called the original 120 acres a “wilderness arboretum” – a place where the natural environment is preserved and unaltered – and thus the organization vigorously opposed all attempts to develop the area.

Strip malls, trailer parks and navy beans be damned. The tract was too rare to let farmers plow it or developers to attack it with bulldozers.

The Huron County Nature Center’s unique terrain of sand dunes and shallow swales is a result of Lake Huron and the other Great Lakes receding from historically high levels more than 12,000 years ago.

The wooded ridges are dry with poor sandy soil. Many of the swales are wet, and this wide variety of moisture levels allow for such a diversity of plants and animals in a relatively small tract.

In this rare dune-and-swale ecosystem, visitors  hike through an open canopy of red oak, jack pine and aspen, then descend into a moist forest and encounter five species of ferns, flowering dogwood, trailing arbutus, trillium and the arboretum’s star resident; lady slipper orchids.

In 1990, the Huron County Board of Commissioners enlarged the preserve to its present acreage. Later, Boardwalk Marsh Loop, a 2-mile walking trail, was added north of Loosemore Road, along with benches, bridges and boardwalks to keep boots dry while crossing the swales and wetlands.

That prompted a nature center board member to approach cyclists Rob Hair and Steve Penn in 2017 with the idea of creating a wilderness bike/hike trail just a half mile east of the original trails but on the south side of Loosemore.

Hair and Penn walked the area, studied the terrain of ridges and swales and laid out a five-loop trail system. After approving the proposed route, the nature center applied to what was then the Michigan Department of Environmental Quality (DEQ) for a permit to build in the wetlands.

“That was a long process,” said board President Kathy Kent, but worth it when the permit won approval last summer. Work and fund-raising for four extensive boardwalks began last fall, followed by crews of volunteers who cleared the terrain and cut the new trails.

The work is ongoing, but locals and visitors are enjoying the trails today in a region of the state that can desperately use them.

The trail is open to walkers and trail-runners, but the system is definitely designed for off-road cycling. The direction of travel on all loops is counterclockwise to avoid unexpected encounters between trail users.

Combining all the loops and connecting trails makes for 3.7-mile ride along single track that follows ridges separated by swales. This tract is considerably wetter than the walking trails on the north side of Loosemore.

“Those swales are definitely wet for a good part of the year,” Hair said. “We had to be very careful to lay out the trails on the ridges to minimize the need for bridges and to stay within the requirements (f the wetlands permit from the DEQ.”

The nature center’s Kent said that other than Sleeper State Park outside Caseville, the wilderness bike/hike trail is the only other system open to off-road cyclists in Huron County – “or possibly the three-county area that makes up the Thumb,” Kent said.

Click here for a description of the trail and additional information.