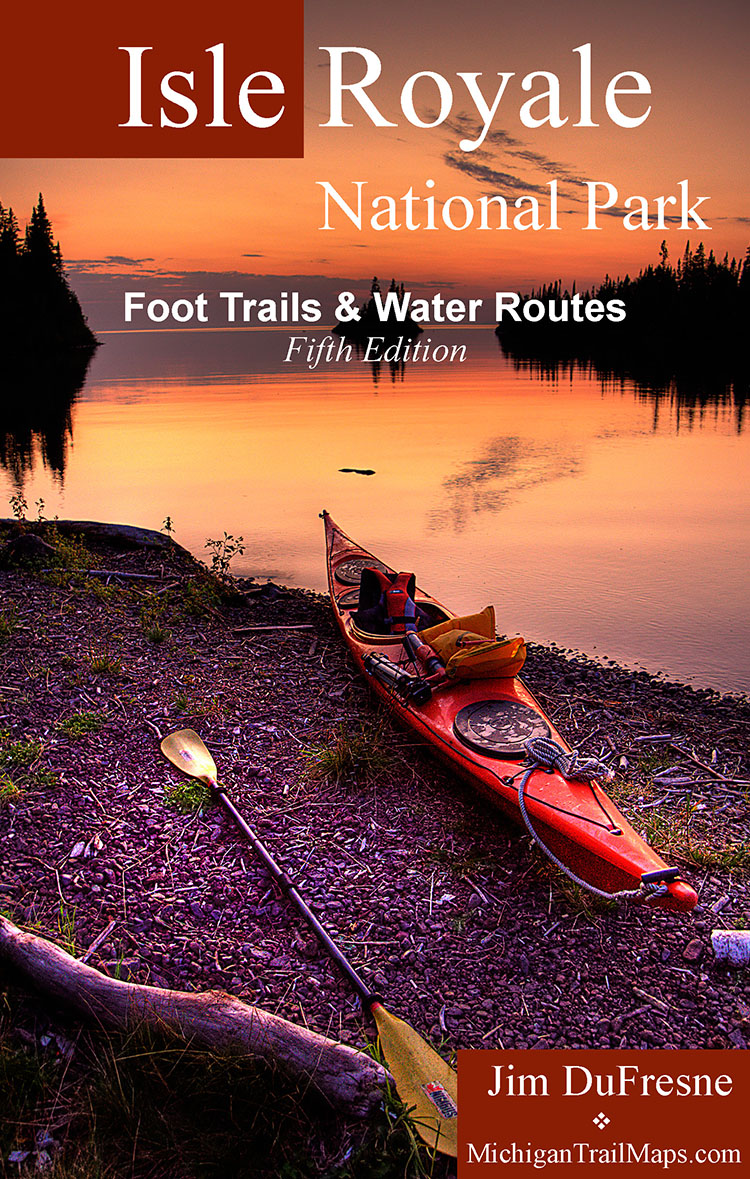 The fifth edition of Foot Trails and Water Routes.

A longtime guide to trails on Michigan’s Isle Royale has been updated with downloadable maps and QR codes.

“What we tried to do with this edition is merge the printed guide book with digital, downloaded content,” said Jim DuFresne, author of “Isle Royale National Park: Foot Trails & Water Routes.” The book, first published in 1984, got the digital update in January.

“People buy the book, they go to Isle Royale, they choose these trails they want to hike and they often read an account of what they will be doing in the book,” DuFresne said.

But with the updated version, the book now has downloadable maps you can get for 99 cents each. These maps are downloaded by scanning QR codes. Many of them also include geo-referencing, which shows your location on the map much like a travel application drivers use to navigate a car on the highway.

This fifth edition of “Isle Royale National Park: Foot Trails & Water Routes” is a big step in the right direction, DuFresne said. The book is available to buy on michigantrailmaps.com for $17.95. 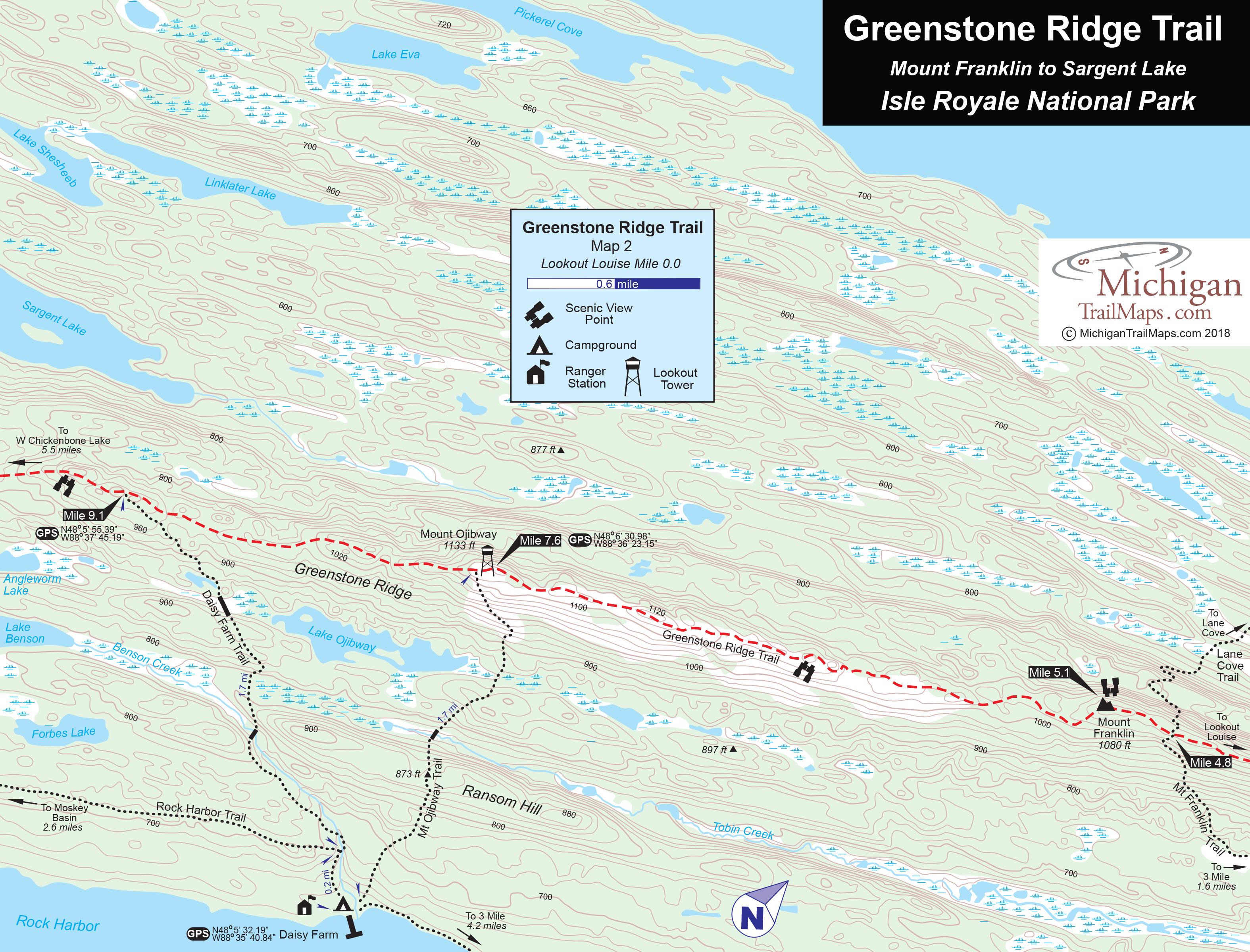 Sample map of Greenstone Ridge Trail from the Foot Trails and Water Routes.

“It’s a leap from the days we all used paper maps,” he said. “Now we use digital maps downloaded to our devices.”

The maps in the book itself are also convenient and practical, said Chris Gray, an administrator for a Facebook group on hiking, backpacking and kayaking in northern Michigan.

“Just by seeing the maps, you know the maps are pretty detailed,” he said. “You can take pictures of them with your phone. They are very small maps, too, which makes it helpful.”

But the ability to download the maps from QR codes in the book will welcome new visitors to the national park on an island in Lake Superior, Gray said.

“I think it’s innovative and I think it might introduce new hikers to the trail,” he said.

Despite the technological updates, Gray, who has a small write up in the book about his organized group hikes and his Facebook forum, said it is vital to bring along materials other than the book and a phone. It’s important “to carry a regular map too and a compass too just in case you aren’t familiar to an area,” he said.

Technological hiking options such as the new guidebook, GPS and Amazon Echo makes it easier to explore the trails, said Thomas Louis, a Hastings resident who administers another Facebook hiking group.

“Now everybody’s hiking and there’s a lot of new people and they need to feel comfortable,” he said.

But even though technology helps people get outdoors, it is essential to have other tools on hand, he said.

“As this technology gets better and there’s more of it, people are getting further and further into the back-country,” Louis said. “But I preach if you drop a phone or if the batteries die, you need to have a back up plan.”