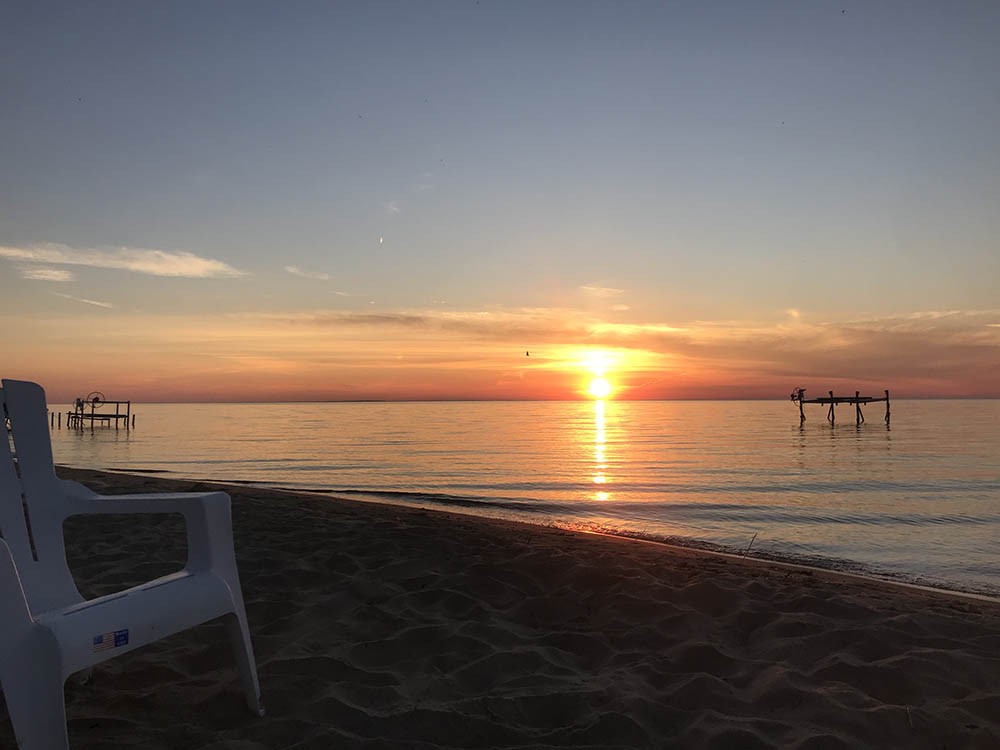 Storm and wave damage this fall may be more prevalent than ever in the Great Lakes.

This year water levels were the highest on record since previous record highs in 1986, according to the U.S. Army Corps of Engineers which has tracked them since 1918.

“Even though water levels are falling from their seasonal peak and are following the seasonal cycle, it’s on top of already high water levels, which is a concern,” said Lauren Fry, who oversees Great Lakes water level forecasting and monitoring for the U.S. Army Corps of Engineers Detroit District.

Each of the Great Lakes has an annual rise and fall cycle driven by the timing of precipitation, snow melt and evaporation, according to the Great Lakes Environmental Research Laboratory. In the seasonal weather cycle, the fall season is very active with wind and storms.

Fall evaporation is a key determinant of how much damage high water causes to coastlines and lakefront homes, Fry said.

She hopes for cool weather in October and November. When there is a large difference between lake surface temperature and air temperature, evaporation occurs, she said.

That temperature differential and its impact on water levels could have long-term consequences.

“Depending on what the decline ends up looking like, it’s likely that we’ll be at high water levels when we start the period of rising next year,” Fry said. “If we don’t see the strong seasonal decline we’re hoping for, we could see very high water levels again that continue into next year.”

As water levels threaten homeowners and coastlines throughout the year, Fry urges citizens to know what they are up against.

“It is very important for people to know what their individual property is like and how water levels will impact their property,” Fry said.

The U.S. Army Corps of Engineers website is https://www.usace.army.mil.