Worried some of his natural resources students were falling behind, Thomas RaShad Easley searched for an incentive to encourage them to improve their grades.

“Why did you sign up for this class here?” he asked. “They said, ‘Well, we heard you rapped.’”

Easley found his incentive: Get your grades up, he told students, and he’d get them studio time so they could perform hip-hop like him. With that in mind, the students’ grades quickly recovered.

It’s a lesson that has served him well today as the assistant dean of diversity and inclusion at the Yale School of Forestry & Environmental Studies.

Easley has a master’s degree in forest genetics from Iowa State University and a doctorate of education from North Carolina State University. His other credentials? Performing hip-hop, rapping about the environment, race, community and how they all come together. 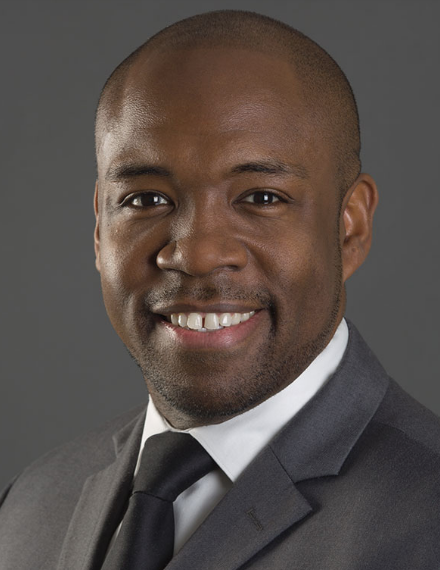 Combining his love for both forestry and hip-hop, he has recruited diverse students into environmental sciences.

While at North Carolina, Easley was the director of community diversity at the College of Natural Resources. He taught courses about involving minorities in natural resources and environmental justice. His program, “Diversity and Environmental Justice” promoted community involvement.

At the same time, he was the pastor of a diverse campus ministry, one he saw grow from less than a dozen students to over a hundred.

This interview with Great Lakes Echo has been edited for brevity and clarity.

Marshall Weimer: How did you get into forestry?

Thomas Easley: Technically I fell into it. I’m an Eagle Scout, so I wasn’t afraid of the outdoors. Originally, I wasn’t even sure I was going to college. During my senior year of high school, I saw this flyer for a program at Alabama A&M [University] and they brought in two people from there who talked about it. I went to the program that summer and got involved in tree genetics research, which I fell in love with. I did this presentation at the program while these USDA reps were there who liked the work that I did. They said, because it was forestry related, we will give you a scholarship if you major in forestry in college.

W: The jump between forestry and diversity is not a jump many people make, how did you decide to make that connection?

E: Working in the College of Natural Resources at North Carolina State, I was teaching this intro class, called Introduction to Natural Resources. It was more so a best practices class for students. I taught the whole time I was at NC State, and it was targeting African Americans. Eventually white students started taking the class too. I did what most of my colleagues didn’t do. I didn’t have the white students come in, and then say, ‘Okay, you have to capitulate to how I teach.’ They came into the class, a couple of the other students asked, ‘Why are you taking this class?’ I ended that right away and said, ‘No, no, I teach anybody. Anybody can come into this class. If anyone is allowed to ask them that, it’s me, and I’m not going to do that.’ I changed how I taught every year. What happened was my class got so diverse, we had Asian students, older students, exchange students. The class changed, so I changed.

At the same time I was working on recruitment to get a more diverse student body into the college. One of my mentors, Rupert Nacoste, told me, ‘Use what you have to get people’s attention.’ He knew I rapped, and asked if I had used that before, which I hadn’t. I said ‘I don’t do that, that’s not scholarly, they wouldn’t like that.’ He responded, ‘Do it and see what happens.’ Next recruitment tour I went out on, I freestyled a little something, right on the spot, and it really caught the students’ attention. If this works with kids, I thought, let’s see if I do this in high school, and it worked even better.

W: At your position in the Yale School of Forestry, what are you doing to get a more diverse student body at the college now?

E: We are doing a number of things. One, we have to work on our reputation. Yale has problems in some communities, particularly those surrounding Yale, so we go into those surrounding communities, because if we aren’t bringing in people from those communities, then what are we even doing here? Now, we are doing an environmental justice program at Yale. Since students care about environmental justice, the city (New Haven, Connecticut) has a lot of injustices in it, which Yale has been complicit with, so the community is helping us. When students come to our program, we talk about the diversity work we are doing, and people like to hear the work the students are doing in their program. We are also going to places Yale previously would not have gone to, such as land grant colleges or cities in the Southeast.

W: Most racial and ethnic minorities are concentrated in urban areas in the United States, with little access to greenspace and natural areas. How do you believe we can best get majority-minority communities more involved in ecological and related fields?

E: You have to start young. I think mainly because children are more open, and are still developing. From our program, with middle schoolers in particular, children can get families behind them easier, versus a high schooler. For youth, it’s just overall interest, so starting with the younger folks is very important. It also helps people see how this work impacts them socially and academically. In Raleigh, those kids’ grades all improved, so then it became easy for the parents to get behind us. Show them that, then tie it to their experience, then tie it to the community.

W: You talked about how being a pastor at NC State was very important to your development of a community. How do you tie your faith into your relationship with nature?

E: I challenge my religious structure everyday, I don’t really fully align with church doctrine in particular. Basically, I look at what Jesus did, how he treated both the people and the resources. He always made it about the people and the environment they were in, like with the miracle of feeding the 5,000. Jesus told the people to sit down first. It was always rocky where Jesus was, so they were always standing when they listened to him, not sitting. But where the feeding of the 5,000 was, there were trees and grass, and Jesus wanted them to stop, sit and enjoy the natural comfort of their environment. I try to bring humanity into my work everyday. If you want people to do as you do, you have to treat them with humanity.

W: National Geographic did a story a few years ago about how the main demographic of national park visitors is much older and much whiter than the rest of the United States. How do you think we can get younger and more diverse Americans into our parks?

E: First, you have to show them the beauty at home first. If they understand the beauty of home, then they will be okay with leaving home and coming back. Then, you have to build a connection of the community to the park. Back again to the program, kids were wearing four layers in the summer because they were scared of the forest! While you’re out there, they have to see what you do, have people do as you do. If you’re not scared, they’re not scared.

You also have to make these parks feel like it is their space. Not some foreign place, but like a second home. Ask them, ‘Why don’t you come here?’ We listened to those students in Raleigh, and readjusted our program around what they told us. A number of people are also restricted by budget, and the only reason they don’t go to the parks in the first place is the cost of going to the parks. When we found that out, we were like, ‘Well now this is something we have to do.’