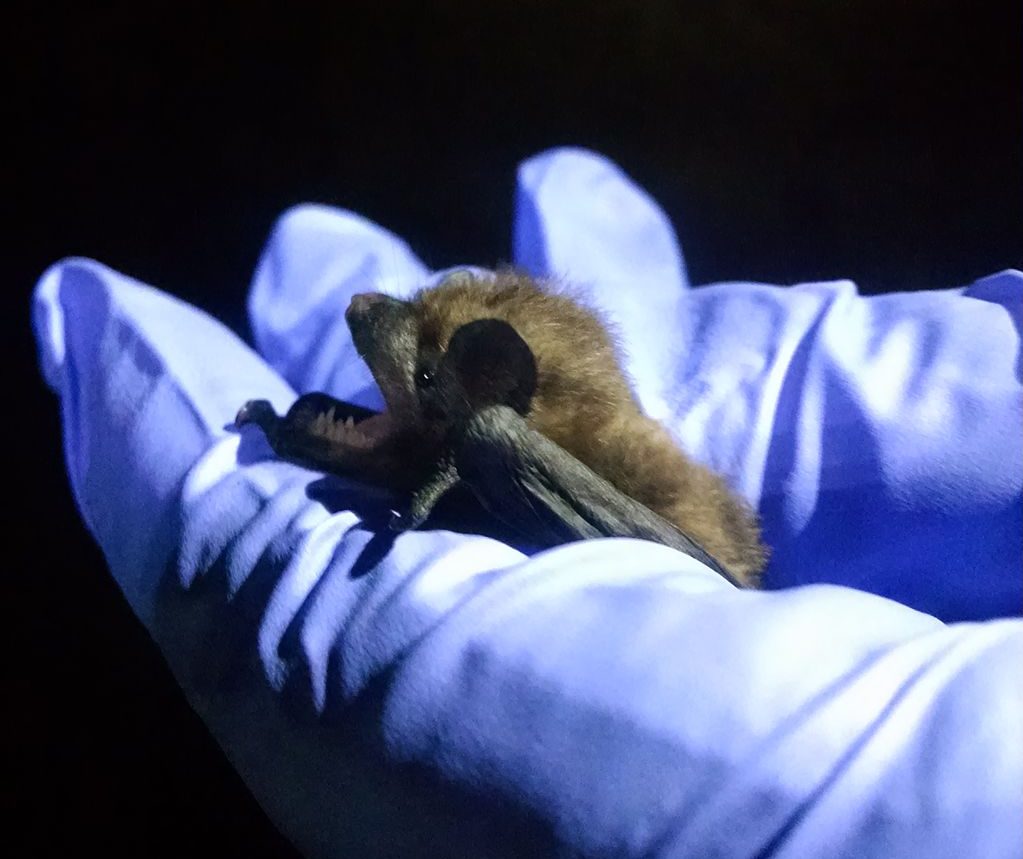 Michigan has a new nocturnal visitor that might be here to stay.

In recent years, the evening bat has been laying down roots in the mitten state.

Evening bats are resistant to White Nose Syndrome and might have begun expanding northward to use the food and shelter surrendered by other bats that the fungus killed, Auteri said.

But that isn’t the whole story.

“In Michigan, evening bats appear to be expanding due to climate change,” Auteri said. “This is because in central Michigan, the area the evening bats are expanding into, wasn’t previously occupied by species heavily affected by (White Nose Syndrome).”

The evening bat looks a lot like any other bat – often, it’s mistaken for a young big brown bat. The two species share leathery black wings, doglike muzzles, and coffee-brown fur. But they have crucial differences: evening bats are smaller, have rounder ears and fewer sharp teeth than their big brown cousins.

And until recently evening bats weren’t found in Michigan.

Should Michigan be concerned for its native nightflyers with a new bat in the sky?

“The most common bats in (Southern Lower Michigan) are red bats and big brown bats, but evening bats are not likely to compete with either because of differences in body size or prey preferences,” he wrote in an email.

Auteri agrees, noting that “all other bat species in Michigan now coexist with evening bats in other parts of the country.”

Bats native to Michigan are also native to southern states like Tennessee and Alabama, where the evening bat is commonplace.

The evening bat might even be good news for Michigan agriculture.

In Lenawee County, a colony of them dined on spotted cucumber beetles and green stink bugs, “two of the most injurious pests to corn and soybean,” according to a study published in 2016 in The Great Lakes Entomologist.

The bats also eat moths, which can be crop pests as well, Auteri said.

“Bats in general will always be good for agricultural pests, or at least won’t make pests worse.”