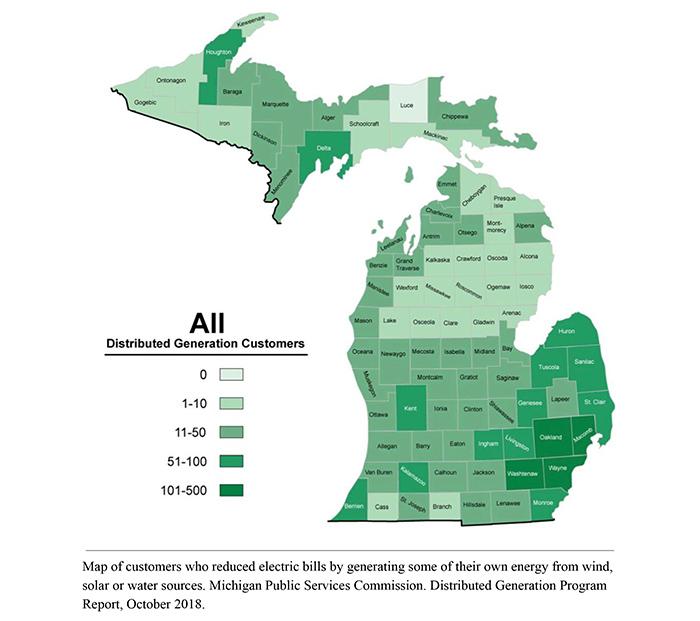 Michigan residents pay less for electricity from the grid when they produce some energy themselves from solar, wind and other alternative sources, according to a recent report.

But their efforts still don’t make up much of the state’s energy needs.

The energy from alternative sources produced in Michigan by energy users increased from 21,888 kilowatts in 2016 to 29,571 kilowatts in 2017, according to the report by the Public Services Commission. That’s a 35 percent increase, but it makes up only 0.032 percent of Michigan’s retail electricity sales.

Residents can receive a credit whenever they produce their own electricity, said Nick Assendelft, a public information officer for the Michigan Public Services Commission, based in Lansing.

This net metering program encourages customers to produce electricity through solar, wind and water while remaining connected to the utility for when those sources are unavailable.

That’s in case the winds don’t blow strongly enough or if the sun is blocked by clouds, Assendelft said.

“Let’s say you own a farm and want to install a windmill or solar panels,” Assendelft said. “You’re still hooked up to an electric grid, so if you can’t use alternate energy, you can still have electricity.”

The amount generated in Michigan in 2017 by personal wind turbines, solar panels and hydroelectric systems is enough to meet the energy needs of 2,000 to 3,000 homes at once, said Jared Johnson, professor of physics at Grand Rapids Community College. 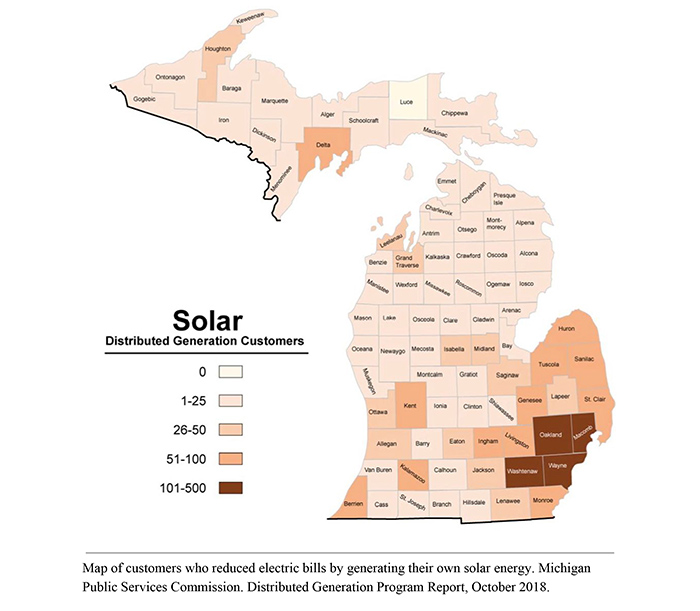 There is still room for the program to grow, Assendelft said. However, the Public Services Commission doesn’t estimate how many more customers will participate.

The net metering program had 3,277 customers in 2017. Most customers use either solar or wind energy, according to the report. A small percentage of customers use hydroelectric sources of energy.

Overall, 93 percent of the people producing their own electricity have installed solar panels and the remaining seven percent have installed wind turbines or hydroelectric projects, according to the report from the Public Services Commission. These numbers do not include wind farms owned by utility companies, Assendelft said. 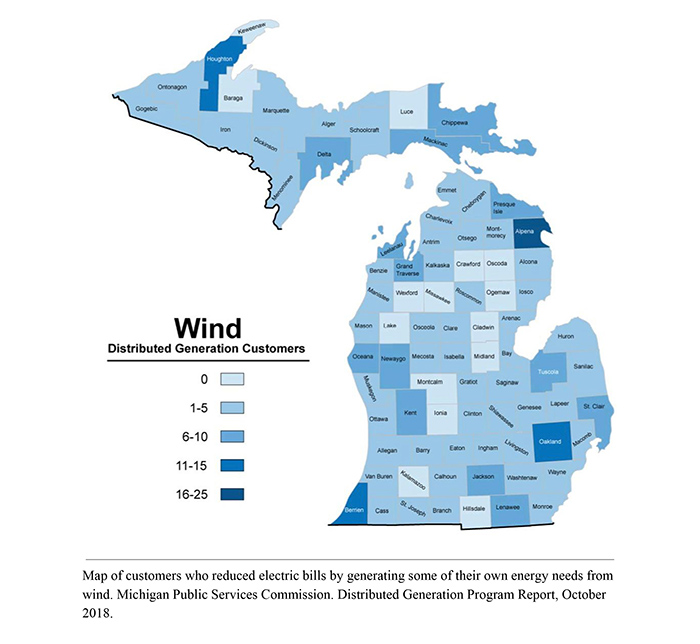