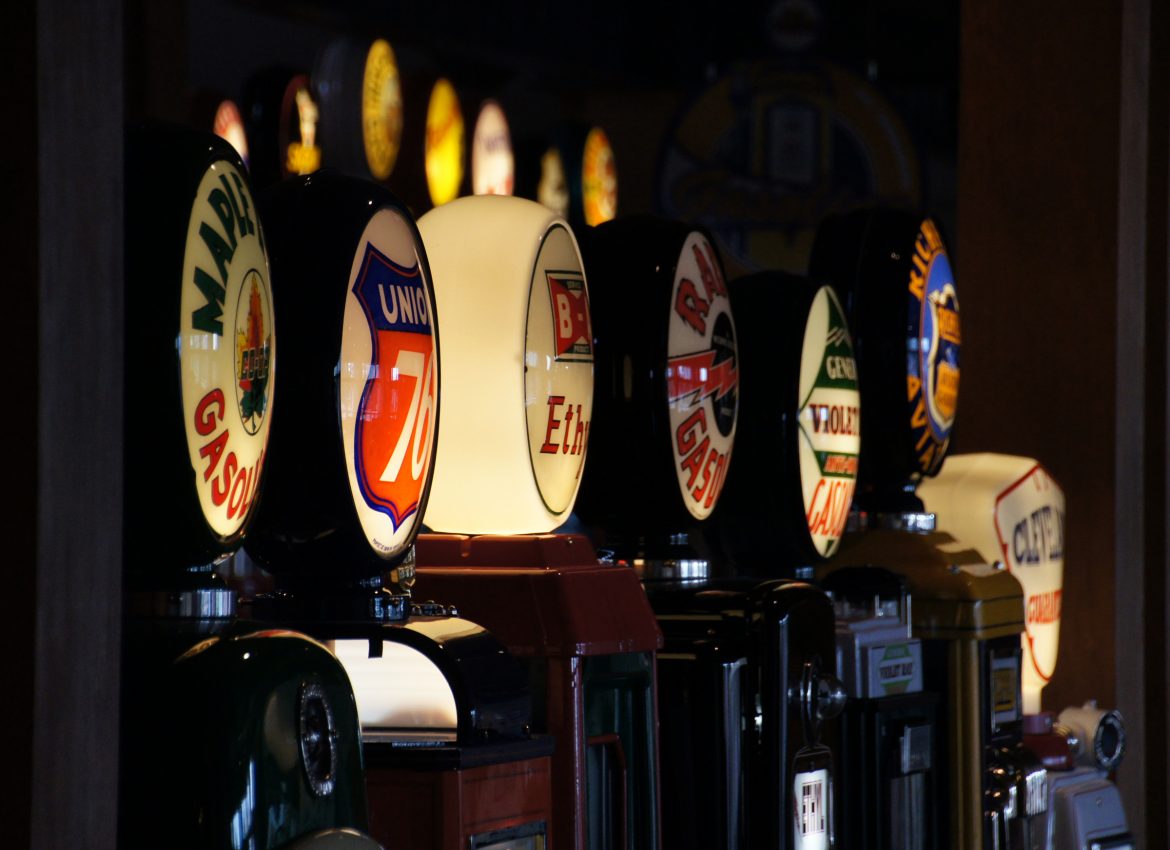 The 2012 standards meant that automakers would have to produce vehicles that reached the equivalent of 54 miles per gallon on average by 2025. The action would have reduced oil consumption and greenhouse gas emissions and was one of the pillars of President Obama’s climate strategy.

The Trump proposed plan, announced jointly by the U.S. EPA and the National Highway and Transportation Safety Administration, would continue with current mileage standards that peak at 36 miles per gallon by 2021. But they would freeze the standard until 2027.

The plan also proposes a dramatic reduction in the number of hybrid vehicles automakers would have to produce.

In addition to softening mileage and emission standards, the proposed plan would eliminate California’s ability to implement tougher standards than the federal ones. California was granted a waiver from federal requirements in 2013 and 13 states followed California’s lead.

If the new federal rule is enacted, California has said it will mount a vigorous legal challenge. 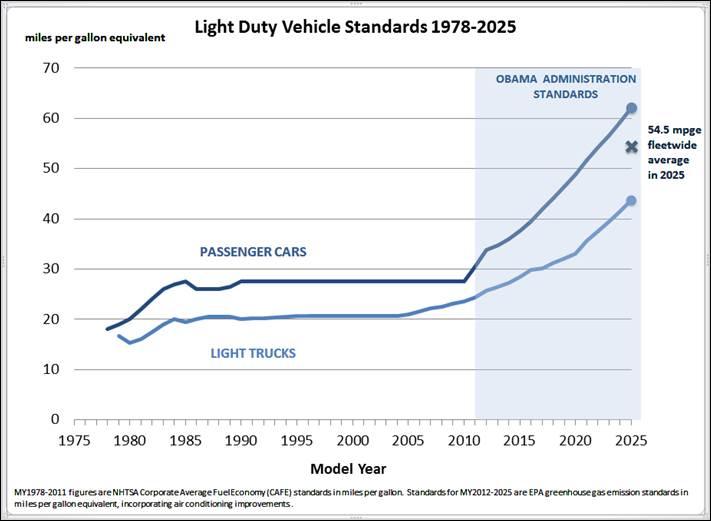 To justify the plan the EPA cites improved safety as a motivator.

Its logic is that cars are expensive and if they have to meet tougher emission and mileage standards they will be more expensive.

The increased cost, according to EPA reasoning, means that people will be less-willing to incur the expense of a new car, and will continue to drive their older and (implied) less safe cars longer,  leading to increased fatalities.

Up to 1,000 lives would be saved annually according to EPA’s calculations. The EPA report says manufacturers will benefit with $253 billion in reduced regulatory costs through 2029.

Schroeck says under the Trump plan “drivers using more gasoline means that more oil has to be refined in places like Southwest Detroit where poor air quality is a major health issue.”

In Chicago, the Respiratory Health Association (RHA) noted in a 2016 report that climate change can increase ozone to levels above where they would otherwise be. Ozone is a respiratory irritant that leads to shortness of breath, coughing and can trigger asthma with children especially susceptible.

“As the climate warms, areas such as Chicago could expect more unhealthy air quality days and summers for ozone,” according to the report.

The Environmental Law and Policy Center in Chicago tracks energy issues and its Executive Director, Howard Learner in a statement called the Trump plan “misguided.”

Learner said it would “weaken clean car standards and threaten to put U.S. automakers behind in the global competition for cleaner, fuel efficient cars and will hit consumers hard in the wallet when they fuel up.”

Auto industry reaction to the Trump move was cautious.

Industry advocacy group Alliance of Automobile Manufacturers said in a statement that “automakers support continued improvements in fuel economy and flexibilities that incentivize advanced technologies while balancing priorities like affordability, jobs, safety and the environment.”

The Alliance urged the federal government and California to work toward a “common sense solution” to resolve their differences on mileage and emission standards.

Ford and General Motors top executives had previously acknowledged that climate change is real, auto emissions contribute to it and pledged to reduce emissions.

In a March commentary published in the Detroit Free Press Ford’s top two executives, Bill Ford and Jim Hackett wrote that the company is not “asking for a rollback” of Obama-era standards. The executives said “at Ford, we believe we must deliver on CO2 reductions consistent with the Paris Climate Accord.”

The Trump administration has pulled the U.S. out of the Paris climate agreement.

The administration announcement begins a lengthy and likely contentious process that will lead to lawsuits by states and groups opposed to rollback of the Obama-era standards. Protracted lawsuits are a concern to the auto industry because they can lead to years of regulatory uncertainty.

Next, a 60 day public comment period on the new rule begins with hearings in Washington, Detroit and Los Angeles before a rule is finalized.

In a 2017 interview Browner told Great Lakes Now that the Obama team worked hard to secure input from car manufacturers on how to develop cleaner and more fuel efficient cars before their rule was released.

Browner is now Board Chair of the League of Conservation Voters.

In a statement she said “gutting the Clean Car Standards will cost consumers money at the gas pump, make our air dirtier and delay our transition to a clean energy economy.”

The Trump administration’s proposed 1,200 page rule, the Safer and Affordable Fuel-Efficient Vehicles Rule, with supporting documents are on the EPA’s website.