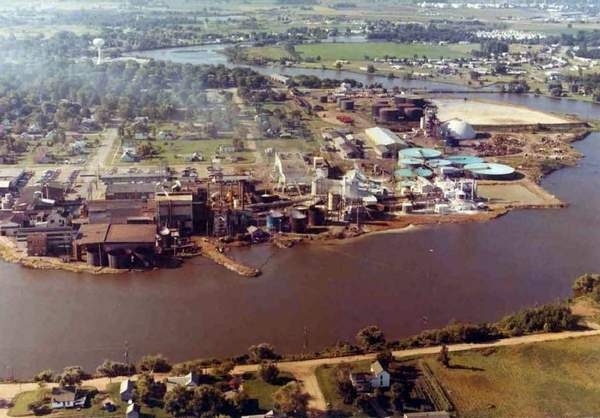 St. Louis, Michigan, became the site of persistent chemical contamination long after the producer of chemicals like PBB and DDT had left. Image: City of St. Louis,

Letters to the state and federal environmental officials. To her local St. Louis government and to the officials of Velsicol, the chemical company that left the small mid-Michigan city after it created one of the nation’s most notorious Superfund sites.

Keon is the former president of the community advisory group – commonly called the CAG – which EPA established to assist the cleanup of the factory site that sits on the Pine River in the middle of St. Louis, about 20 miles south of Mount Pleasant. 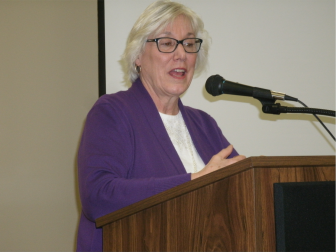 Most CAGs across the country let the EPA give them information and maybe ask a few questions, but that’s just about it, Keon said.

“Our group took that word ‘advisory’ in a different sense. We thought it was up to us to advise the EPA on what we thought would be best for the community.”

The CAG’s oversight has created friction with the EPA officials charged with cleaning up the site. As Keon describes in her 2015 book that chronicles the cleanup process, “Tombstone Town,” often officials would ignore their input and talk straight to local leaders.

“To me, that’s the biggest challenge,” said Jim Hall, the current president of the advisory group. “When you look at it, what CAG stands for, we’re supposed to be an active conduit between us and the community.”

Velsicol manufactured chemicals in St. Louis that killed insects, prevented fire and supplemented cattle feed. In 1973, a packaging error mixed a fire retardant with feed that was fed to cattle all over the state. That error poisoned thousands of animals and the people who ate them.

In 1978, the plant was closed and demolition of the site began. The initial solution to keeping the contaminants from leaching into the ground was to bury the site and cap it with concrete. That failed. The chemicals eventually made their way into the river that flows through the city, the Pine River.

“It continued that way through the ’80s and the ’90s,” Keon said. “There was such a bad attitude in the community. By the time our group formed in 1997 and ‘98, we were bound and determined that this time around we were going to clean up.”

The initial group was made up of eight or nine people with different backgrounds. Some had experience working with the state Department of Environmental Quality while others worked at Consumers Energy. Others had experience in law and applying for grants to clean up the city.

“We’re the largest, most active cleaning advisory group that they (the EPA) have,” said Ed Lorenz, vice chair of the group and a professor from nearby Alma College. “And that’s been going on for a long time.”

Lorenz, who has also written a book on his experience with the group called “Civic Empowerment in an Age of Corporate Greed,” points to the persistence of the group as a factor in its success. It didn’t just write letters, he said. It applied for funds for more cleanups, consulted experts on how to run their own tests and collaborated with other groups. 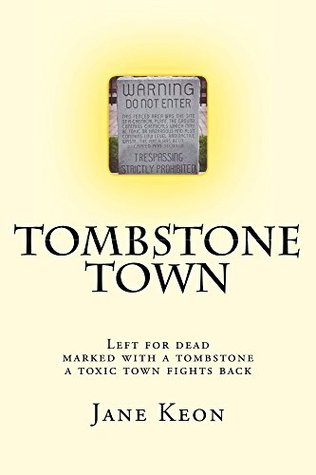 The advisory group now goes by the name: the Pine River Superfund Citizen Task Force. Along with that name change has been a broadening of the area it wants to clean.

“Even though we like to say St. Louis when we set ourselves up, we didn’t just limit ourselves just to the Velsicol site,” Hall said. “That allowed us with a mission to encompass more.”

That redefinition has translated into results. Nine separate cleanups have been completed since 1999. Improvements have been made to injection wells and creeks that lead into the Pine River.  The pesticide DDT was excavated from soil in athletic fields and residential yards.

And more help is on the way. Projects to fix a burn pit and a dam on the Pine River will be completed in 2021. A larger cleanup project on the 52-acre chemical site is expected to be completed by 2036.

There are also ongoing health studies that analyze the PBB – the fire retardant that got mixed with the animal feed – and DDT contamination of residents. Hall, a lifelong resident of St. Louis, had his blood tested in 2013.  He has PBB levels seven times higher than a chemical worker’s average, and 16 times higher than the farm families in the area, he said.

He lost his thyroid in 2008 to cancer. His brother died of cancer at age 24 and his daughter at age 2.

“For me, because I grew up three blocks from the site, it makes sense,” Hall said. “I spent my childhood just sucking all that stuff in.”

While his daughter never came into direct contact with those chemicals, those health studies are beginning to examine if the damage from chemicals like PBB can be passed to younger generations.

Even now Keon, who stepped down as president in 2013 and is now the group’s secretary, works 40 hours a week. She doesn’t know why she still works as much as she does.

“Just speaking from a personal standpoint, I’m not a political person, I’m not a scientist, I don’t enjoy law or bureaucracy,” Keon said. “But here I am up to my eyebrows in it, and I have no explanation for why I personally stuck with it, other than it needs to be cleaned up, and somebody’s gotta do it.”

Former MSU sociology professor Marilyn Aronoff told her years ago that Michiganders have a determined spirit, Keon said. When natives bought land in the wilderness, it was their hardy genetic composition that kept them moving forward.

“The people in our area of Michigan are from pioneer stock,” Keon said. “When we run into problems, we find ways to keep going.”