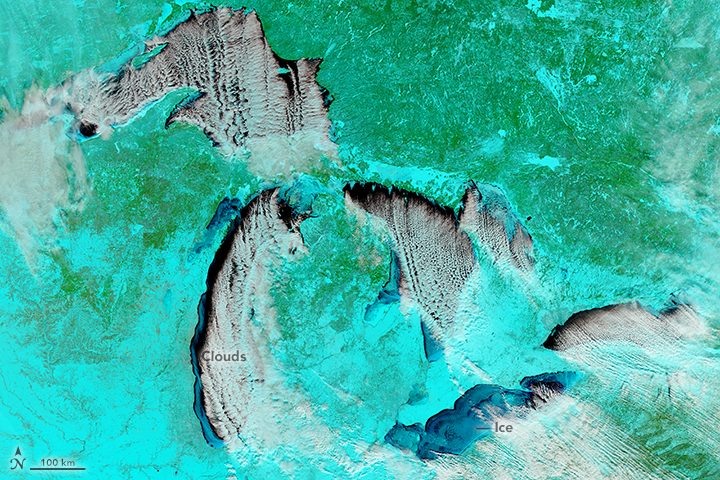 The reason? All the other lakes have plenty of open water. Clouds form over them when cold air meets the warmer lake water, according to NASA’s Earth Observatory.

But more than 84 percent of Lake Erie’s surface was covered with ice when the image was taken. Lake Erie is the shallowest of the Great Lakes, making it the first to freeze.

“With a large fraction of the lake’s surface capped with ice, the cold northwest winds blowing over the lake are unable to pick up much moisture,” NASA reported. “Less moisture means less lake-effect snow will be dropped on the lake’s lee side (usually the eastern and southern shore).”