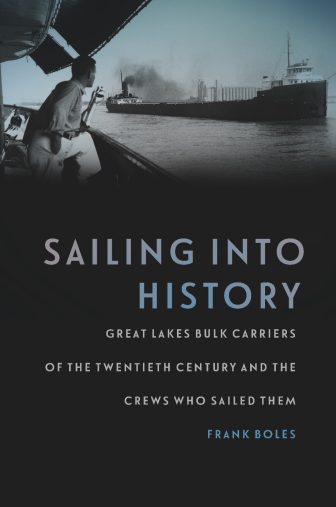 Power is clear in every curve and edge of the freighters that smoothly cut through the blue-gray waters of the Great Lakes.

It is not an unfamiliar sight to those living within view of the shipping industry that plays such a key role in the region’s economy.

And it is one that fascinated Frank Boles, who grew up in Lincoln Park, Michigan, and fed his interest in large cargo ships during childhood trips to Bishop Park on the Detroit River.

“I realized early on that I did not have the stomach to be a good sailor,” Boles said. “Roller coasters persuaded me of that. I admired them from afar.”

That admiration turned into motivation to write “Sailing into History: Great Lakes Bulk Carriers of the Twentieth Century and the Crews Who Sailed Them,” a book about the history of 20th century Great Lakes freighters.

“It’s something that’s always interested me, watching the Great Lakes freighters at work,” Boles said. “Growing up by the lakes watching them sail by, I always wondered how they worked.”

This book was a way of answering that question, said Boles, the director of Central Michigan University’s Clarke Historical Library since 1991. He has also worked as an archivist with the Chicago Historical Museum and University of Michigan’s Bentley Historical Library. Five years ago is when he got serious about researching the boats, and that turned into “Sailing into History.” 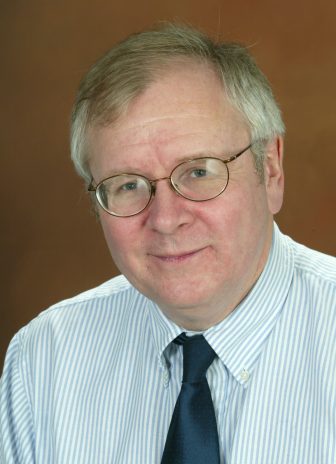 “Sailing into History” covers the length of the 20th century. It does not focus on a specific ship or incident like many books about Great Lakes ships. Instead it describes the history and roles of the crew, the ships and their cargo, using examples to highlight the patterns Boles noticed in the course of his research.

“It’s a great story, and I think it’s a story that gets told in sections, one ship or one shipwreck,” Boles said. “But I think it’s important to give people an overview–what the challenges were, the rewards, what it was like for the people who made this all happen for us.”

Giving people an accurate idea of what life was like on those ships was one of his main motivators as he wrote. Boles said the lives of the crews aren’t often accurately represented in public literature. There’s a focus on the crew having fun and enjoying the camaraderie, but the difficulties they face aren’t covered as much. A writer might take a ride for a week in the summer months and love it, Boles said, but it’s a different experience from what the crews are living, months on the same ship with the same group of people.

“We romanticize it. It’s a hard job, and I don’t think we often recognize or give the crews credit for what they do,” Boles said. “In many ways it’s like living like a blue collar factory worker in 1940s Detroit without the benefit of going home at the end of the night. Even today, much of the work is hard. They have to do tough jobs, and they often have to do it in conditions that are hard. The boat sets off regardless of the weather, the conditions, whether it’s cold, and you’re going to be on that boat, on the deck somewhere helping it happen.”

Boles does not have any concrete plans for another book yet, although he is interested in writing one on Michigan’s bridges and tunnels.

Boles’s “Sailing into History: Great Lakes Bulk Carriers of the Twentieth Century and the Crews Who Sailed Them” is available from Michigan State University Press in hardcover for $39.95.