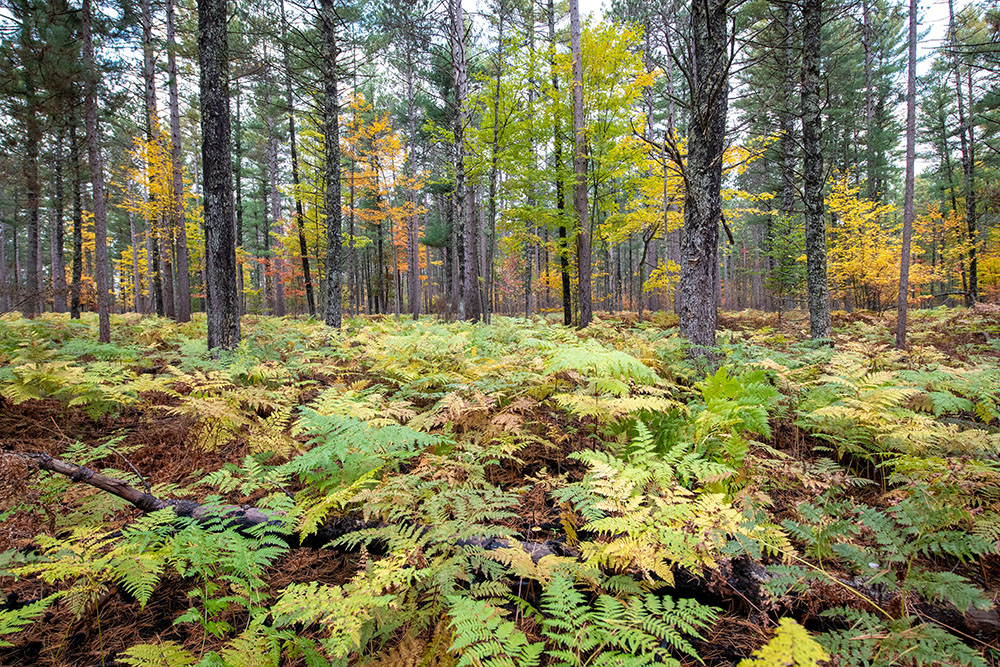 Scenic views like this are available throughout the more than 100,000 acres of the Pigeon River Country State Forest. Image: Michigan Department of Natural Resources.

DTE Energy and the Michigan Department of Natural Resources have teamed up to use nature’s most powerful vacuums to suck up the excess carbon produced and released into the atmosphere that is causing climate change.

Those vacuums are trees.

Michigan ranked tenth in the country in 2018 with the amount of carbon dioxide it emitted into the atmosphere, according to the U.S. Energy Information Administration. The state produced more than 160 million metric tons of gas that year.

The Bluesource/Michigan DNR Big Wild Forest Carbon Project, announced this August, aims to offset the emissions produced by Michigan residents and corporations by allowing them to purchase carbon credits.

These credits signify carbon that is taken out of the atmosphere and stored in trees through photosynthesis, according to Lauren Cooper, director of the Forest Carbon and Climate Program at Michigan State University. It makes up a significant portion of the trees’ composition.

“When you hold a log — like a log you’re going to throw on a fire – that’s dry, and (you) weighed it, 50% of that weight is actually carbon,” Cooper said.

The project will be conducted on 100,000 acres of land in “The Big Wild” of the Pigeon River Country State Forest in northern Michigan. Plots of land have already been measured, but credits won’t be issued until May 2022. 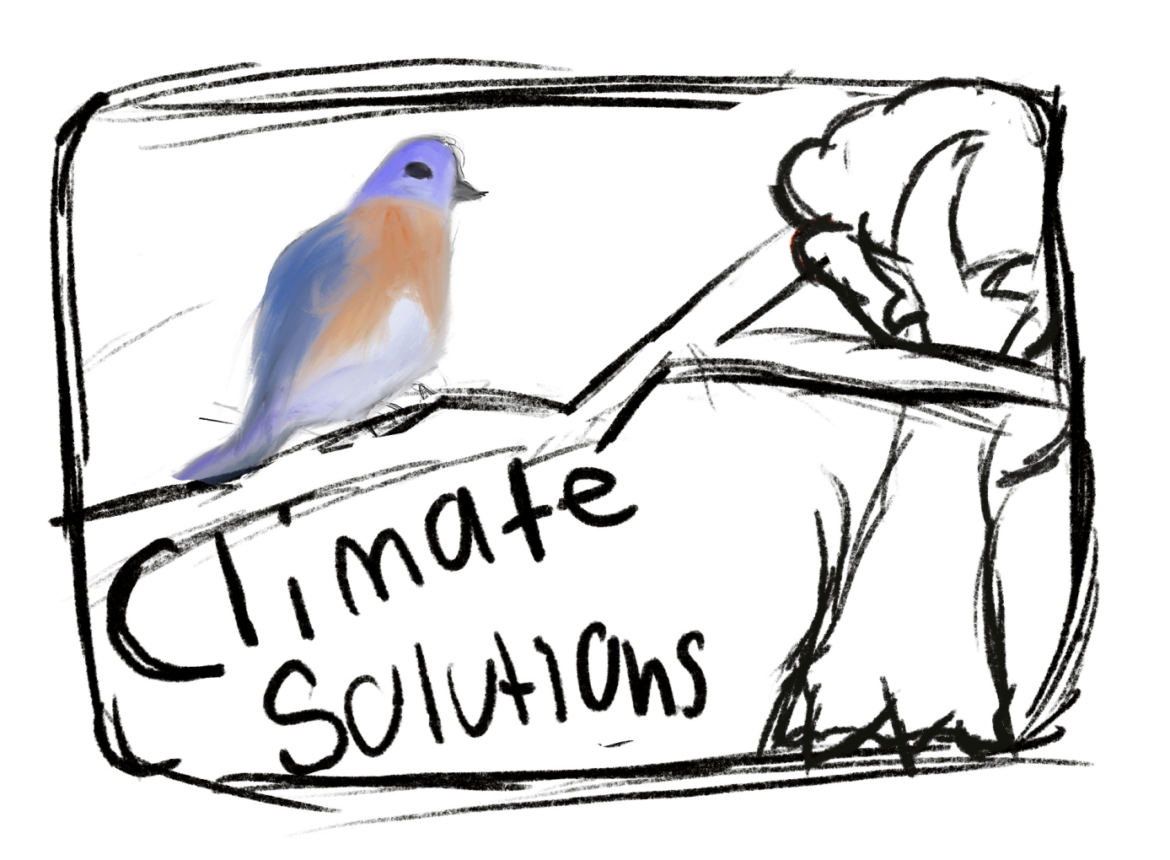 While one of the main goals of the project is to spur forest growth by planting trees, it is more than just that. Funding from the project will go toward the Forest Development Fund, which supports additional forest management initiatives aimed at growing and improving state forests.

Scott Whitcomb, senior advisor of wildlife and public lands for the Michigan Department of Natural Resources, said some initiatives include developing sustainable infrastructure within the forest, promoting wildlife habitat and paying for recreational projects and staff.

Projects similar to this have previously been done on private property, but this is the first time a state forest has been involved in a carbon project, Whitcomb said.

In addition to forest growth and management, sustainable harvesting is another goal of this project, according to Joshua Strauss, vice president of Bluesource, the climate-solutions company that partnered with this project as its developer.

“We do believe sustainable forestry has a total role to play and trees are a good renewable resource, but what we’re focusing on is maintaining the highest levels of stocking (trees) possible across that property while still fostering some sustainable harvesting.”

Bluesource has 76 similar projects spanning 3 million acres nationwide, according to Strauss. They’ve been highly effective in helping to generate millions of carbon offsets, he said.

“We’ve partnered with some of the really most passionate firms that are trying to address climate change, in selling those offsets and working with those offsets,” Strauss said. “And I think that we really kind of are in this very energetic time for the market where I feel like we’ve crossed over this Rubicon where previously there were just enough naysayers in the public space that companies didn’t feel obligated to take responsibility for their emissions.

“But now that you have such acceptance that climate change is a reality and that we need to address it … I think we’re seeing a sort of sea change in the level of demand for these units.”

One of the firms that partnered with Bluesource was DTE Energy.

DTE committed to buying all of the carbon credits generated by the Big Wild Forest Carbon Project for the next 10 years at an estimated cost of $10 million as part of its strategy to have net zero carbon emissions by 2050.

DTE already offers carbon offsets to its residential customers through a program called Natural Gas Balance. DTE residential clients can voluntarily choose if they would like to offset their carbon emissions partially or fully by making payments ranging from $4 to $16 per month.

These offsets are generated using 24,000 acres of land in Houghton County, Michigan, according to Anne Santori, DTE’s communications strategist.

Santori said DTE is looking to offer the same type of program for its commercial clients, such as industrial businesses and hospitals. To do so, it would need a much larger space. That is why it has offered to buy the offsets generated by the 100,000-acre Big Wild Forest Carbon Project.

“Our forests have to be part of the solution,” Cooper said. “If our forests start emitting and we’re emitting from burning all these fossil fuels, we’re just going to be a net emitter. But the idea is: how do we get fossil fuel emissions down?”