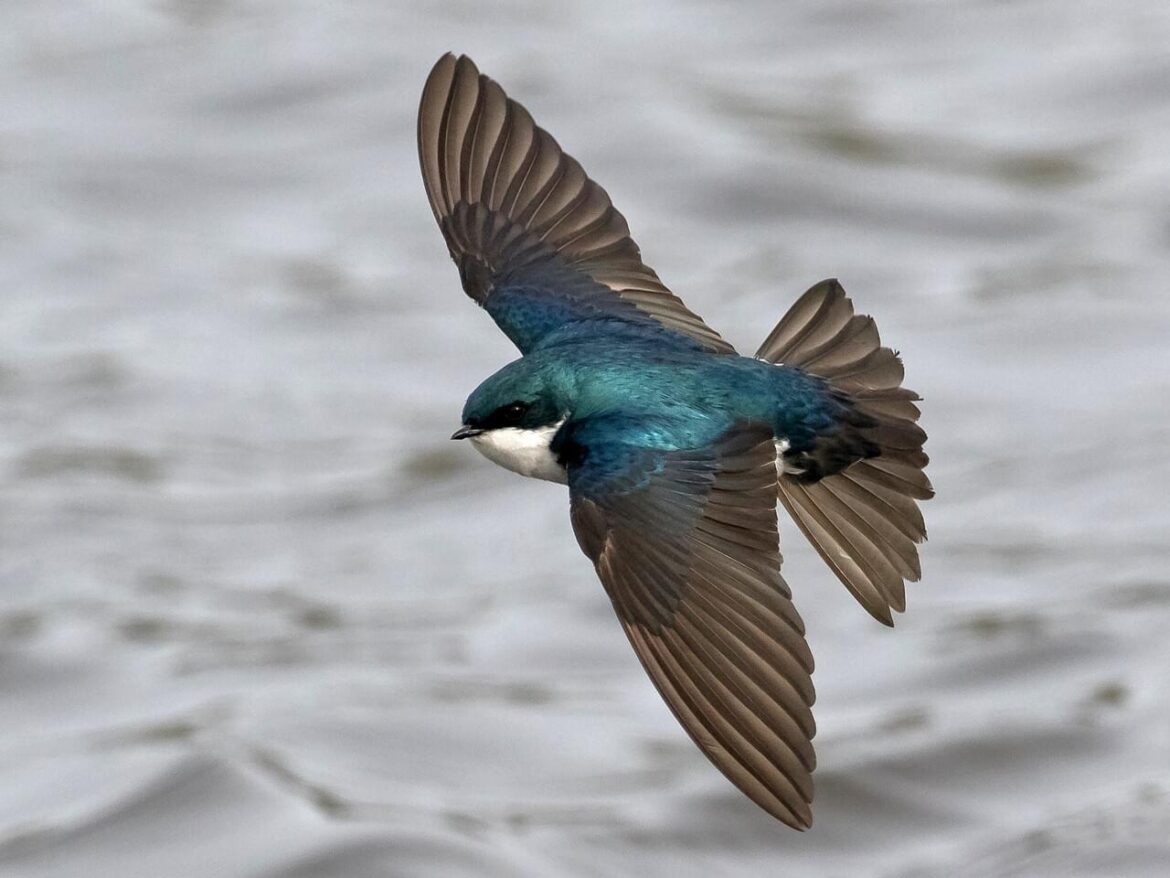 Birds that rely on aquatic insects for food have declined for decades.

The decline is linked to fewer insects that emerge out of poor quality lakes and streams across the United States, according to a recent study in the journal Frontiers in Ecology and Evolution by researchers from the Ohio State University and University of Nebraska at Omaha.

The study showed that the Great Lakes region has some of the more abundant  numbers of these emergent insects.

While the insects are more abundant in lakes, there are fewer of them in streams, especially in Wisconsin, Minnesota and Illinois, said David Manning, an assistant biology professor at the University of Nebraska at Omaha.

“In the last few decades we’ve seen these drastic drops in the abundances of a lot of different species of aerial insectivorous birds,” said Mazeika Sullivan, an associate professor at the Ohio State University.

Aerial insectivores are birds that feed on insects while flying.

The declines are not limited to rare or endangered species.

Changes to land use and climate are involved, but one factor that seems to be consistent is the birds’ reliance on these insects, Sullivan said.

“There was this relationship between low insect abundance coming out of streams and lakes and then low abundance of some of these aerial insectivores,” Manning said.

Human disturbances like land use and urbanization can harm water quality, and that can affect insects. Manning said.

“We found this really strong pattern where in streams especially, water quality had a really big effect on these insects that tend to emerge as adults,” Manning said “Insects are used as bio indicators for what’s happening on a much larger scale.”

These human activities create excess nutrients and pollution in bodies of water.

Minimizing the impacts of humans on the landscape could protect streams, Manning said.  “So, when you’re designing a city or a new development, it needs to be in a way that won’t affect the stream or the lake.”

This conversation is happening when we have  removed national protections for our waters, Sullivan said.

Last year, the United States Environmental Protection Agency announced the Navigable Waters Protection Rule under the Clean Water Act that reduced the range of protected wetlands in the U.S.

“So millions of acres of wetlands and millions of miles of streams have lost protection under that new rule that went into effect last June,” Sullivan said.

Water conservation measures are occurring at both federal and state levels.

Great Lakes states will have to figure out what state-controlled waters are protected under the federal rule, Sullivan said.

The Great Lakes are a huge resource for insectivorous birds as both a stopover site during migration and a breeding site.

“One of the big messages of this paper is that water conservation can also mean wildlife conservation,” Sullivan said.

Birds contribute to ecosystem services by limiting pest populations and insects that can spread disease.

If you preserve the habitat that protects the stream, you’re also going to be preserving the habitat for the birds, Manning said.