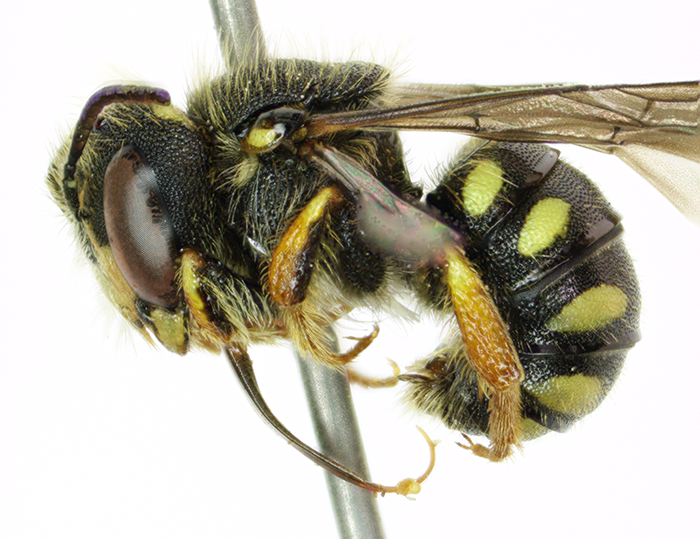 Scientists have found a new species of non-native wild bee in Illinois and Minnesota, and its arrival may signal an unusually rapid expansion across the United States.

Its scientific name – Pseudoanthidium nanum – is a mouthful, and it has no common name.

Researchers collected one specimen last year in Minneapolis and two specimens in 2016 in Chicago during their broad survey of urban garden pollinators.

The bee has an “affinity for nesting in a wide range of man-made structures, especially meter boxes and window frames,” according to a recent study in the journal Great Lakes Entomologist.

It “could potentially compete with native bees for nest sites,” the study warns. 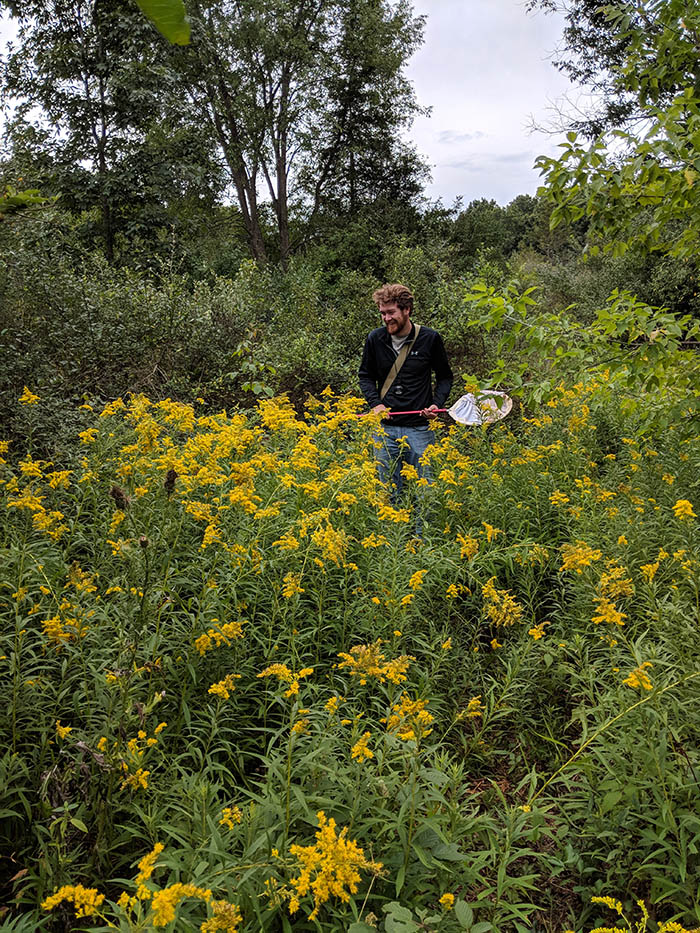 The bee’s home turf is Europe, the Middle East and western Asia, and research scientist Zachary Portman of the University of Minnesota said it may have arrived in North America by ship or plane.

It likes nesting in cavities and can spread along shipping and trucking routes, said Portman, the lead author of the article. The co-authors are from Utah State University, the U.S. Department of Agriculture and the Conservation Research Institute.

The species was initially detected in the United States on the East Coast in 2008 and took only eight years to reach the Great Lakes region, hitting Cleveland by 2016.

“Its presence in Minnesota represents a rapid range expansion from the initial area of introduction since it was first detected in New Jersey in 2008,” the study said. “This relatively rapid rate suggests that the bee will continue to spread across North America.”

The study said it is uncertain what effect it and other non-native species may have on the bee fauna in the North Central United States. In addition to potentially competing for nesting spots, it possibly could be involved in spreading disease to native bees.

He continued, “There’s a lot we don’t know, especially now that there are more and more non-native species showing up. It’s something we need to be mindful of and watch.” 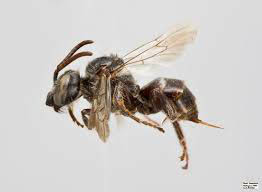 Meanwhile in Michigan, researchers recently reported the reappearance of one of North America’s rarest bees – although it may have been hiding in plain sight for more than seven decades.

Its common name is cuckoo bee and its rediscovery came during a 2018 bee survey at Midland County’s Averill Preserve.

“The specimen was collected as it was patrolling a small patch of flowers along a walkway,” according to a study by a Michigan State University and University of Manitoba research team. At the time, it was feeding on a type of flower known by several common names: creeping jenny, moneywort, herb twopence and twopenny grass.

The cuckoo bee is a parasite that had been found in the past in Berrien, Midland, Wayne and Van Buren counties. “Most specimens in Michigan were collected in the early part of the 20th century” and it hadn’t been recorded in the state since 1944, said the study, which also appeared in “Great Lakes Entomologist.”

But it’s quite possible the cuckoo bee hadn’t fully disappeared from the state for 74 years.

“Nobody was actively looking for it until recently,” said study co-author Kelsey Graham, a post-doctoral entomologist at Michigan State. “It’s not super-surprising it hadn’t been seen in a long time.”

The new discoveries come at a time of widening scientific concern about the status of wild bee species and declining bee populations, trends that have worrisome implications for farmers who depend on them to pollinate their fruits and vegetables and on biodiversity

Neither the cuckoo bee nor the Pseudoanthidium nanum is an important pollinator for agriculture, Graham and Portman said.

Incidentally, the cuckoo bee’s reemergence in Michigan could be bad news for another bee species known as the yellow loosestrife or oil bee, which is its principal host.

That’s because the cuckoo bee is a nest parasite. As Graham explained:

The host bees are widespread in Michigan and are found in most often in the Saginaw Bay area. Last year specimens were identified in Lenawee, Alpena, Dickinson, Hillsdale, St. Clair, Midland and Tuscola counties. 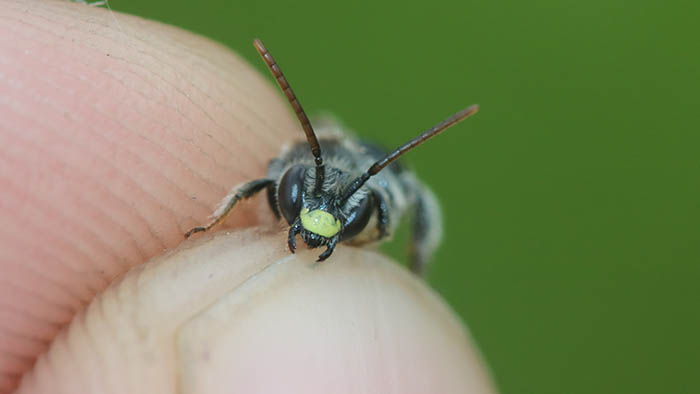 The yellow loosestrife bee nests in the ground and collects pollen and oil to make into a ball. It then lays its egg on top of the ball, which provides nutrition for the newborn bee.

Danger lurks because the cuckoo bee “sneaks in” when the yellow loosestrife bee is away from the nest and lays its own egg on the ball of pollen, Graham said.

If the host still manages to lay its own egg there as well, the cuckoo bee’s egg is likely to hatch first and eat the host’s egg, she said.

One thought on “New non-native bee discovered in Illinois, Minnesota”