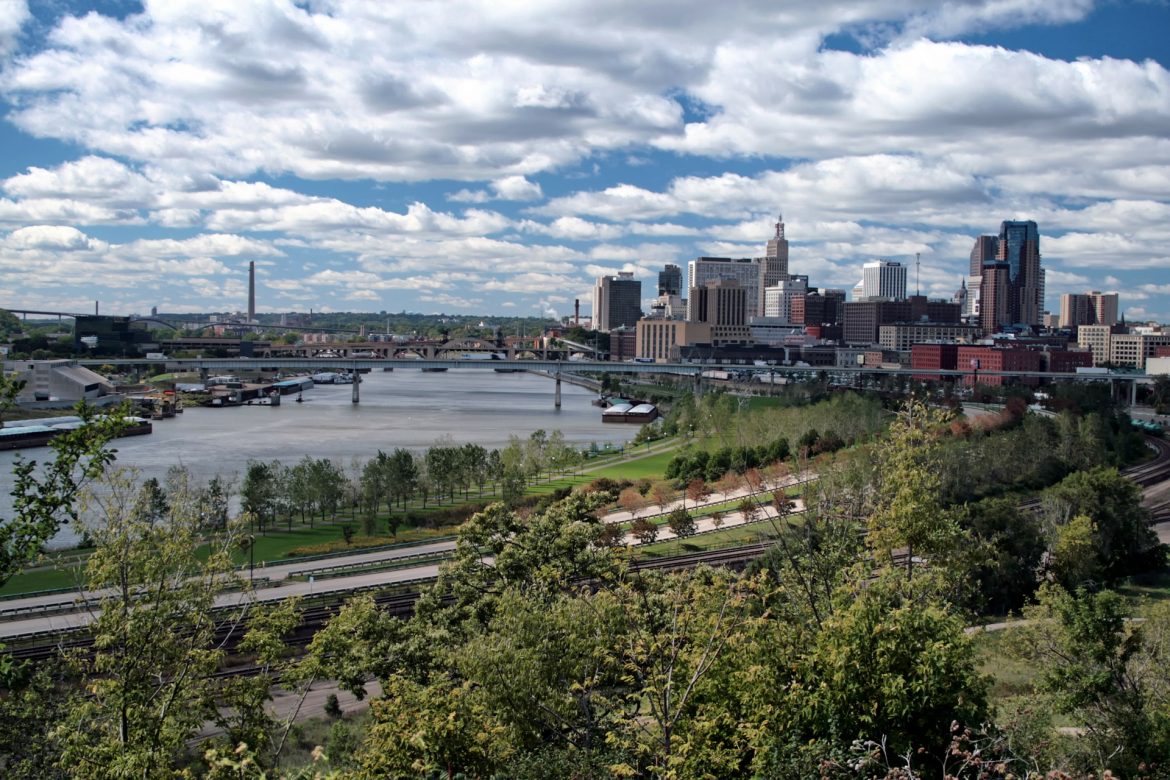 St. Paul is the capital of Minnesota, recently named the happiest state in the Great Lakes region. Image: David Mark via Pixabay

The 5.6 million residents of Minnesota are among the happiest people who live in the Great Lakes region, according to a recent study.

That state is the top in the region in a recent nationwide ranking of the happiest states by WalletHub, a personal finance website.

Ranking number three nationwide, Minnesota also holds the highest score nationwide as the safest state and the second highest in the rate of volunteerism.

“One thing that has a big influence on how we feel about life is where we choose to live,” the study said.

These factors were measured by 31 metrics including sleep rate, illness and disability index and suicide rate. They also include life expectancy, job satisfaction, weather, average leisure time spent per day and safety. The data came from the U.S. Census Bureau, the Bureau of Labor Statistics, Gallup, the United Health Foundation and several other institutions, WalletHub said.

There are many reasons why Hawaii led as the happiest state.

“But, in general, the access or proximity to nature is typically beneficial for an overall sense of wellness and enhancing positive emotions, aiding recovery from burnout and stress, and even promoting recovery from fatigue and burnout,” said Mahima Saxena, a psychology professor at the Illinois Institute of Technology and one of the experts interviewed for the study. Her research includes health and work psychology and individual well-being.

“Water, in particular, is very beneficial for enhancing overall wellness and this may be likely Hawaii led the others in the study,” she said. “Natural environments promote a deeper sense of wellness and recovery. Therefore, the environment impacts us in multiple ways.”

While Minnesota was the only state in the region to reach the top five nationally, a recent study published by PLoS One also shows that living near the Great Lakes can boost your mood. People living closer to them are hospitalized for anxiety and mood disorders slightly less frequently than those who live farther to them.

It said that if one out of every 100,000 Michiganders were hospitalized for a mood disorder or for anxiety, that number would rise to 1.3 out of 100,000 for those living around 62 miles or more from a Great Lake.

One thought on “Which of the Great Lakes states is the happiest?”