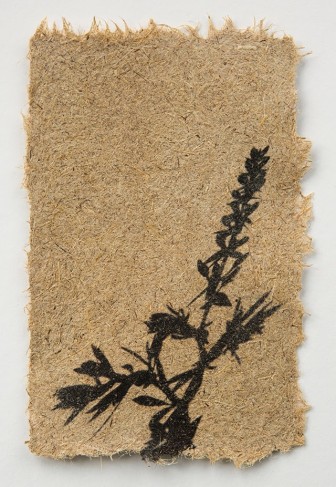 A shadow of cream wild indigo printed on paper made from the invasive species, Phragmites australis. Image: Jane Kramer

A Michigan artist prints the shadows of endangered plants on handmade paper crafted from the invasive plants that threaten them.

“I had been experimenting with shadows,” Jane Kramer said, explaining the project she calls “Foreshadowing- endangered and threatened plant species.”

When she was selected as one of four Michigan artists to present their work for the 2014 Art from the Lakes art exchange program in Shiga, Japan, Kramer found an incentive to get serious about her shadow hunting.

The East Lansing, Michigan, resident transfers the shadows of endangered and threatened plants onto paper constructed from invasive plant pulp. Making the paper is not an easy task, and one that is especially hard on her blender. 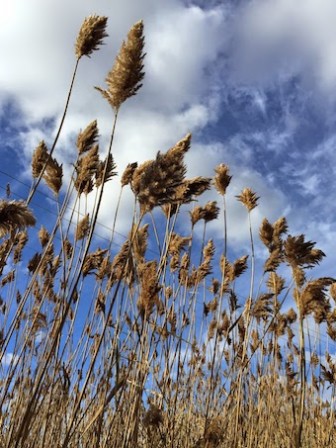 Photographer Jane Kramer collects invasive plants wherever they grow. These phragmites stalks happened to be on the side of the road, a common sight in Michigan. Image: Jane Kramer

The process is intensive. Kramer makes pulp out of invasive plants, like phragmites stalks, garlic mustard, common buckthorn, reed canary grass and a few others. She boils the plants down, mixes them with soda ash and then blends the solution two to three times.

Kramer borrows an industrial-sized beater from the Out of Hand Papermaking Studio in Ann Arbor, Michigan, to beat the pulp.

It’s time-consuming, but Kramer said, “It’s so rewarding when you pull your paper from the screen. It’s like working in the darkroom.”

Hunting down the perfect plant shadows is another challenging aspect of her project she said. To get the best image there must be “no wind, full sun, good shadow weather and no shade from trees.”

But Kramer finds that private owners, such as plant enthusiasts, have the best gardens to photograph. They generally have multiple plants of one variety, and Kramer can manipulate the plant. Finding them is a challenge because many garden keepers keep their plants secret in fear of poaching, she said.

When the perfect image is captured, Kramer transfers the shadows onto her hand-made paper using transparency film. 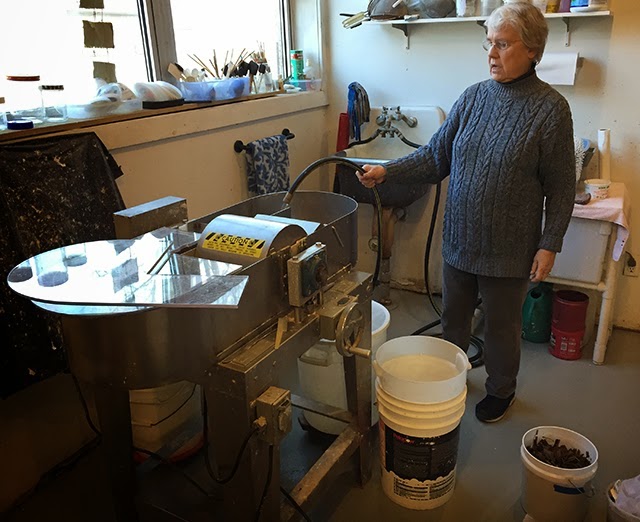 “I like that it’s all natural” Kramer says. The only chemicals used are soda ash and hand sanitizer during the shadow transfer.

Kramer hopes to “open people’s eyes to the fact that there are lots of endangered plants” and to “motivate [people] to plant native plant species in their garden.”

The project will be shown at the Lansing Art Gallery from Jan. 8 to Feb. 26. Kramer hopes her 30 prints will engage and educate her community.

She is partnering with the Michigan Nature Association to provide educational pamphlets that teach the public about planting native plants, properly disposing of invasive plants and about conservation in general. Many of the photographed species are endangered because of invasive plants.

“There’s a lot of opportunity [to learn] for different kinds of people,” Kramer said. 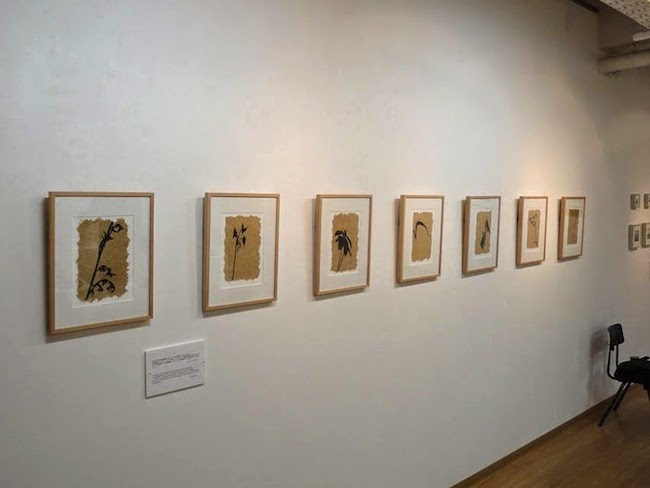 The Michigan Nature Association has a network of more than 170 nature sanctuaries across Michigan. It is “dedicated to permanently protecting land that provides critical habitat for rare, threatened and endangered species and natural communities.”

Kramer’s pieces will soon be available on janekramer.com. A portion of the sales will be donated to the Michigan Nature Association.

You can check out her blog here.

Editor’s note: This story was updated Oct. 21, 2015, to correct the name of equipment and the process it was used on.

One thought on “Artist prints native plants on invasive species”