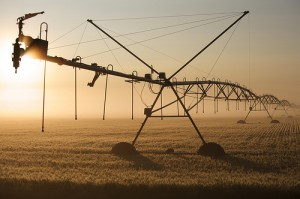 Citing concerns about a changing climate, Michigan Gov. Rick Snyder today is expected to outline a plan to re-establish an advisory board on water use.

His press office declined to comment in detail on the plan until after the governor describes his vision for the body in his State of the State address at 7 p.m. tonight.

Earlier this week the governor said that in addition to economic and environmental concerns, changes in the state’s climate necessitated the council’s formation, according to the Mlive news service.

“I think we’re going to see more challenges with variations of climate,” Mlive quoted Snyder as saying at the Michigan Agri-Business Association conference in Lansing. “I’m not getting into why it happens, but I think we’re going to see a more challenging climate over the next decade or two, potentially with drought challenges and everything else.”

The council, comprised of a variety of Michigan water stakeholders including environmental groups, businesses, utilities, scientists, and communities, has been called upon several times in past years, according to the Michigan Department of Environmental Quality.

“Last year, for example, we had a council in response to the water use conflicts in southwest Michigan,” said department spokesperson Brad Wurfel. “This one will see a more statewide focus. It’s looking at a broader suite of opportunities and challenges.”

Convening this council plays into the governor’s statements that water is and will continue to be a major factor in why people come to Michigan, Wurfel said. “We’re the Great Lakes state, after all. Water’s a huge part of what it means to be in Michigan.”

This iteration of the council will deal with water quality and quantity, Wurfel said. While lake levels drop, there has been increased demand for water from a growing agricultural and business base. One of the primary purposes of the council will be to preempt water use issues that could arise from increasing demand for it.

“We’re pleased he reinstated it,” said Hugh McDiarmid, communications director for the Michigan Environmental Council. “Perhaps nowhere else in the world is water so important. It defines Michigan, and it’s important we have a lot of smart people looking at water use.

“I definitely think that a body that oversees our water use in the state is very important,” she said.

Convening the council is only the beginning of addressing Michigan’s water issues, Harley said. “We have a tool out there already, the Water Withdrawal Assessment Tool, that a lot of people really support. “This is a database where large water users register their water use and lets the state keep track of our water resources. A lot of holes have developed in that tool, however, and they need to be addressed.”

Inaccuracies in the database result from some large water users not being required to log water use, she said. That includes mining companies that employ hydraulic fracking and that are required to look at their water use but do not have to register with the tool.

They need to rework the tool and make sure all water users face the same rules, she said. And the state needs more environmental staff to ensure water issues can be dealt with in a timely manner.

“It’s great to oversee our large water users,” she said, “but if we’re really going to address the issue let’s do it in a holistic way so we’re not just putting a band-aid on the problem.”

The Water Withdrawal Assessment Tool, established in 2008, is a product of a previous iteration of the water use advisory council.

5 thoughts on “Michigan governor to revive water advisory board”