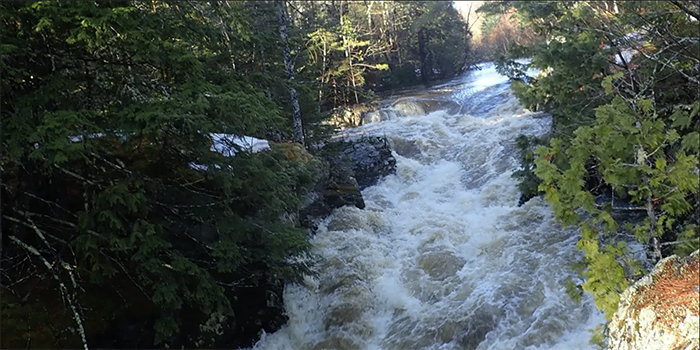 The Keweenaw Bay Indian Community, on the shores of one of the largest freshwater lakes in the world, is petitioning the federal government to hand over control of setting water quality standards.

It would make them the first tribe in Michigan to receive that right and join 60 tribes in the United States already granted that ability. Many tribes argue that an increased role in setting water regulation allows them to tailor the standards to protect plants and wildlife important to them. Tribes across the country who’ve been granted the authority have used it to tackle environmental issues specific to their area, including reducing phosphorus in Florida water; preserving clean water in a Montana lake; forcing upstream users in New Mexico to stop sending waste down the Rio Grande; and halting a controversial mine project in Wisconsin.

The provision of the Clean Water Act, called “treatment in a manner similar as states,” allows tribes to take the leading role in establishing uses for water bodies. The designated use of each body of water determines the EPA regulations that apply to it. In order to have their application approved, the tribe must be federally recognized and have a government capable of enforcing water regulation. The EPA also considers public comments, which are being accepted through June 21, after which a decision will be made.

Like many tribes who’ve attempted this before, the Keweenaw Bay Indian Community—located in the northern reaches of Michigan’s Upper Peninsula on the shore of Lake Superior—is already dealing with some blowback from state representatives who feel that authority will create a confusing patchwork of regulations.

However, the tribe says the push to regulate the water on their lands is rooted in the goal of shaping regulations to fit their community’s specific needs.

“As a federally recognized tribe, we follow the federal water regulations,” Stephanie Cree, water resource specialist for the Keweenaw Bay Indian Community’s Department of Natural Resources, told EHN. However, she said federal standards set by the EPA are too broad to effectively meet the community’s needs.

For example, the community’s consumption of wild plants and animals, including waterfowl, fish and berries, which rely on high quality water.

A survey conducted by the community’s natural resources department found that close to 90 percent of community members used fish caught from local water for at least part of their food supply.

Cree said community members eat an average of 330 grams of fish per day, well more than Michigan’s recommendations for Lake Superior fish. Those recommendations are per month consumption advisories on a species-by-species basis and aim to limit a person’s exposure to harmful water pollutants, like mercury and polychlorinated biphenyls (PCBs), found in fish. A person weighing 180 pounds and carefully scheduling their fish consumption could conceivably eat 330 grams of fish per day while following the guidelines. A person weighing less could not.

In the same survey, nearly 75 percent said they consumed wild rice, a plant central to the community’s identity.

The tribe’s application to the EPA states that “pollution of waters within the Reservation boundaries is a threat to the political integrity, the economic security, and the health and welfare of KBIC.”

It lists agriculture, forestry, illegal dumping of waste, residential development, septic systems and ongoing mining exploration as threats to water quality. It says the tribe needs to step in because of budget cuts and reduced workforce at Michigan Department of Environment, Great Lakes, and Energy, which regulates the state’s water.

“We are concerned not only for recreational, but for cultural, ceremonial, and subsistence along with other designated uses. Our community is a fishing community, that uses the water for ceremonies, harvesting for food and medicines and wild rice seeding and harvesting,” Cree said.

The community’s application states that wild rice was a sign to ancient members of their community to stop their westward migration and begin more than 1,000 years of history in the region.

Water pollutants, like sulfate from mining, can reduce or eliminate wild rice harvests, which depends on high quality water, the tribe says. 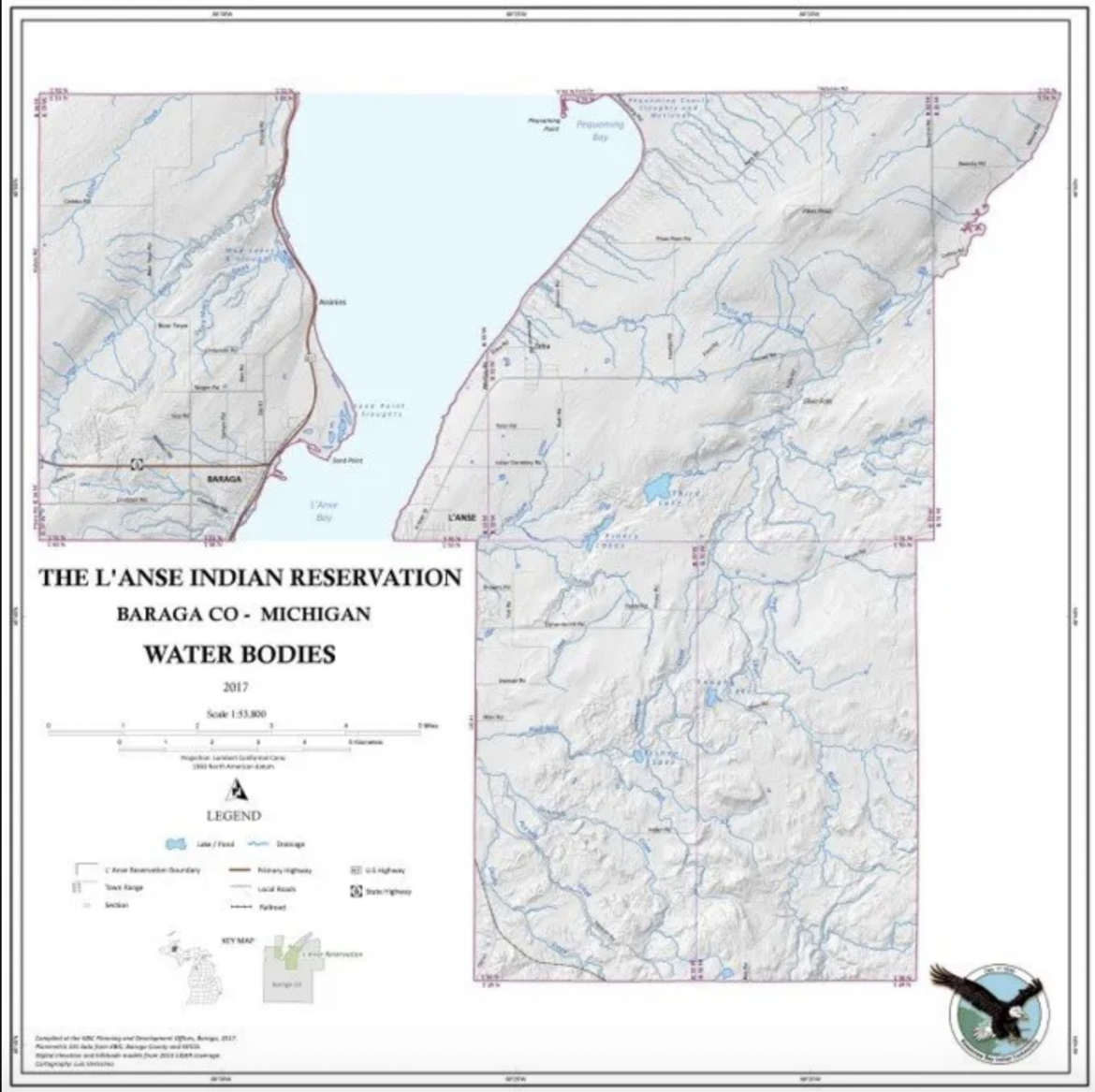 Keweenaw Bay Indian Community would join tribes across the country who, for reasons of cultural and environmental protection and tribal sovereignty, have successfully applied for the right to influence their water’s regulation.

It’s part of tribes exercising their rights as sovereign governments and it can’t be understood without knowing two key cases, Heather Whiteman Runs Him, an attorney with the Native American Rights Foundation and member of the Crow Tribe, told EHN.

In a legal battle spanning the late 1990s and early 2000s, the Pueblo of Isleta in western New Mexico, under the treatment in a manner similar as states provision, gained the right to set water regulations for the Rio Grande within the pueblo boundaries and what was dumped into the river upstream.

Shortly after the ruling, Albuquerque updated their wastewater treatment plant to meet the standards necessary for Pueblo of Isleta’s cultural needs.

Pueblo of Isleta was one of the first tribes to receive treatment in a manner similar as states.

Second, the Sokaogon Chippewa Community Mole Lake Band in northern Wisconsin leveraged their power under the same provision to put the regulatory brakes on the proposed Crandon Mine that threatened the quality of water needed to grow wild rice, a crop similarly tied to the tribe’s long history in the area.

The tribe regulates their waters as Outstanding National Resource Waters, the most stringent federal water regulation allowed, which means water quality cannot be lowered, except temporarily. This allowed them to legally challenge the Crandon Mine on the grounds that discharge from the mine would adversely affect their water bodies.

Since then, Sokaogon Chippewa Community and others purchased the site and halted its development as a mine, ending one of the longest battles over regulation in Wisconsin’s history.

These two significant cases show how tribes have established their standards under treatment in a manner similar as states in different ways and for different reasons throughout the country. 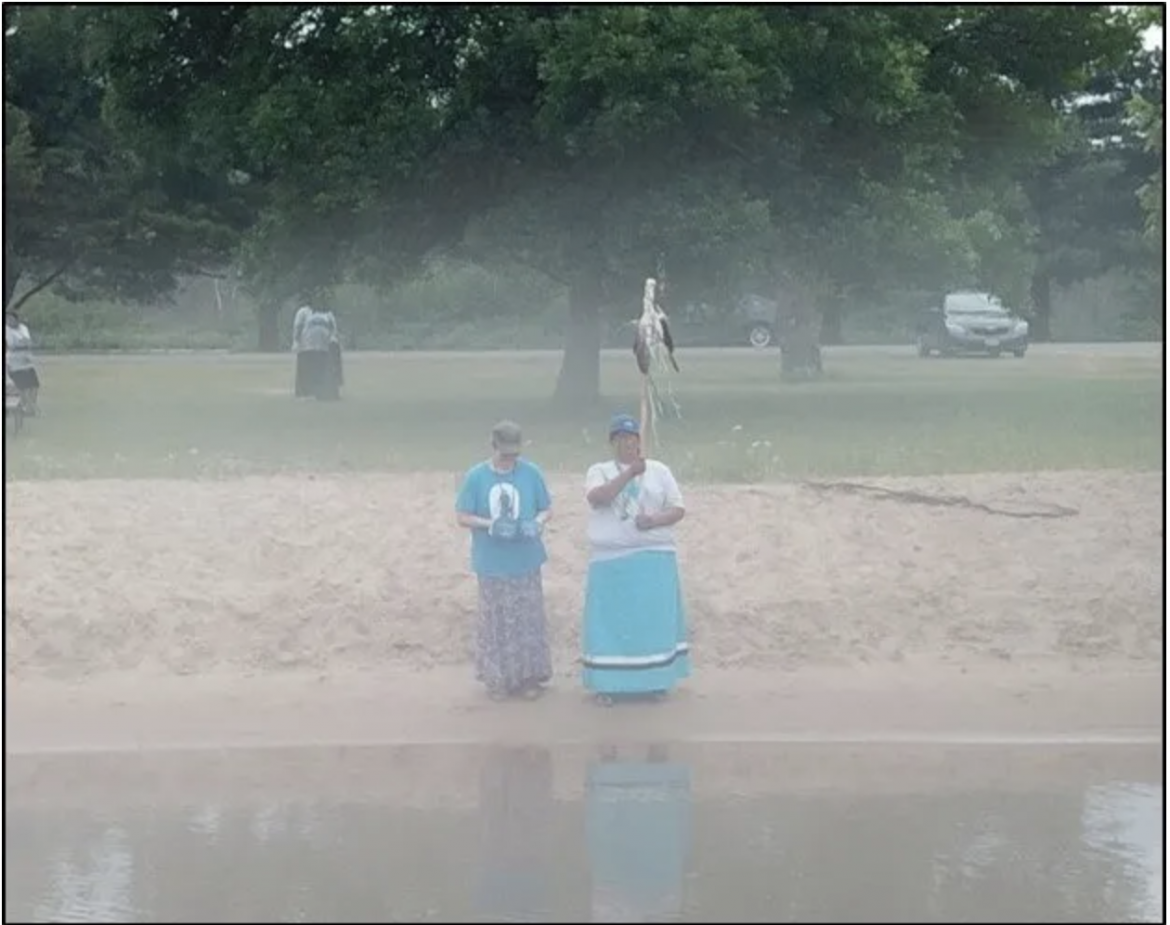 Given the protracted legal and regulatory struggles of Pueblo of Isleta and the Sokaogon Chippewa Community, it’s not surprising to find opposition to the Keweenaw Bay Indian Community’s application.

Perhaps the most notable came from Michigan’s Senate Natural Resources Committee, which passed a resolution in opposition to the tribe’s application.

The resolution, which doesn’t have any legal weight behind it, states that “concerns exist that approval—particularly approval of the water quality request—would inevitably lead to unreasonable consequences, create a patchwork of regulations, and be inappropriate for non­tribal property owners within and outside of the reservation borders.”

It goes on to say that the state is already doing a good job protecting water.

Republican Senators Ed McBroom and Curt VanderWall sponsored the resolution. Neither responded to requests for comment.

Challenges like this are not uncommon, but usually unsuccessful, Elizabeth Kronk Warner, a law professor and the Director of Tribal Law and Government at University of Kansas and member of the Sault Ste. Marie Tribe of Chippewa Indians, told EHN.

Treatment in a manner similar as states is not something states should be afraid of, she said. It’s an opportunity for states to work with tribes that has generally worked really well.

“Especially in the state of Michigan, with Flint and water quality issues, I would argue it’s a good thing,” she said.

The treatment in a manner similar as states provision changes who suggests regulations, not who enforces them. Citizens concerned by proposed regulations can still submit comments to EPA and participate in the process that way, she said.

“We think this is an opportunity to work together with the state of Michigan, the federal government and the Keweenaw Bay Indian Community to help those clean water standards so my people can live a clean life,” said Tribal Council President Warren Swartz in a statement to Michigan’s Senate committee on natural resources.

Water quality standards, which the KBIC will craft should EPA approve their application, can be set to meet the needs of the tribes and the water bodies in question.

The Keweenaw Bay Indian Community hasn’t said what standards they’ll set, though they’ve indicated they will be based in over a decade of water monitoring the tribe has conducted.

“We want to set standards that fit our community,” Cree said.

If the tribe’s application is approved by the EPA, Cree hopes other tribes in Michigan follow suit. She says tribes themselves have the regional, scientific and cultural knowledge to best set water quality standards.

One thought on ““Our community is a fishing community:” Michigan tribe seeks to set its own water standards”