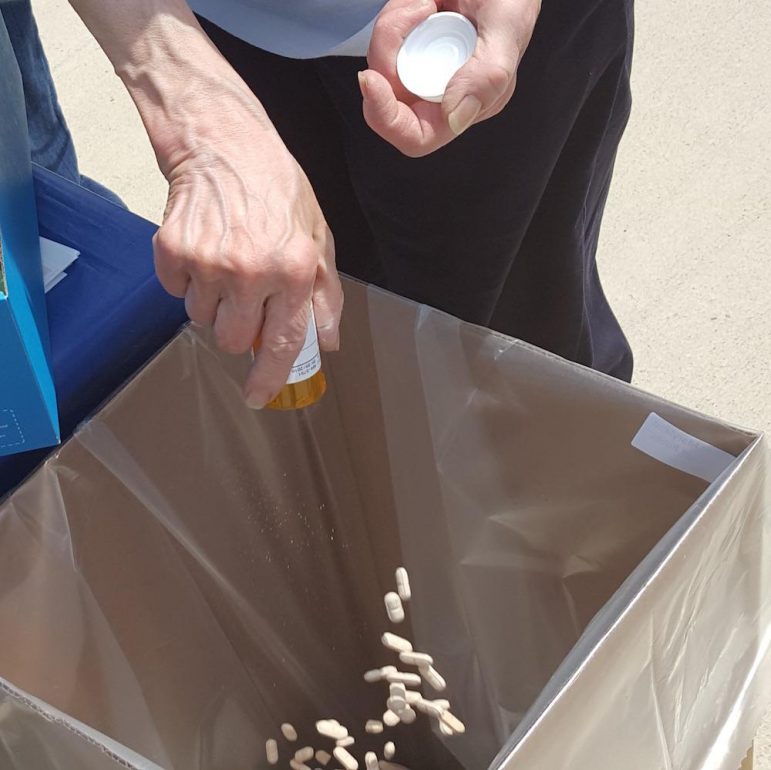 As America confronts the opioid crisis, environmental scientists are warning about a related problem. Chemicals from pain-killers and other drugs often end up in lakes and rivers, creating what some scientists say could be a deadly cocktail for fish and other wildlife.

“What we use in our everyday lives goes down the drain and ends up somewhere, it just does,” says Emma Rosi, an aquatic ecosystem ecologist at the Cary Institute in New York.

Rosi’s team studies a long trail of chemicals from opioids, antidepressants, and even illicit drugs, like cocaine. They get into the environment through human urine and feces. Sometimes unused medications are flushed down toilets and drains.

“Anything that people are using in their everyday lives,” Rosi says. “So when we think about the opioid crisis, which has a huge impact on people’s lives, there’s another side of it. Which is, those drugs that people use, are ending up in the waste stream and getting out  into the environment as well, with unknown ecological consequences.”

It’s a problem across the Great Lakes region. Researchers have found nicotine in Lake Michigan, caffeine in waters in northwest Ohio and pharmaceuticals in Illinois’ Calumet River and Wisconsin’s Fox River.

In the Niagara River, which leads to Niagara Falls, elevated levels of antidepressants were found in fish brains.  Researcher Alicia Perez-Fuentetaja from Buffalo State College’s Great Lakes Center and Diana Aga from the University at Buffalo worked on the project.

Perez-Fuentetaja saysd these chemicals are designed to affect human behavior and that means fish could be affected as well.

“People ask me, ‘Oh are they happy?’ It’s like, no. I don’t think antidepressants make people happy either. I think that people don’t care so much about things and that’s exactly what happens to fish,” she says.

Perez-Fuentetaja says fish might become less aware of the risks around them and expose themselves to dangers. They also might become disinterested in reproduction or eating.

Rosi’s research has a different aim. It shows that compounds from amphetamines and other biologically active drugs may cause aquatic insects to emerge sooner, giving them an extended life cycle.

Keeping these compounds out of the environment has become a priority for some communities.

In the Buffalo area, for example, there are dozens of drop off sites for unused drugs. They’re taken to a central facility where machines grab large barrels of discarded drugs to be burned and used for energy

“So this is trying to be as green as possible. And to help prevent these drugs from getting into our water system and into our soil,” she says. “And as you know, our water treatment plants, their filtration systems, cannot rid us of all the pharmaceuticals that are flushed down the drains or flushed down the toilets.”

Burstein says these drop off sites allow anyone to help keep drugs out of the Great Lakes ecosystem.