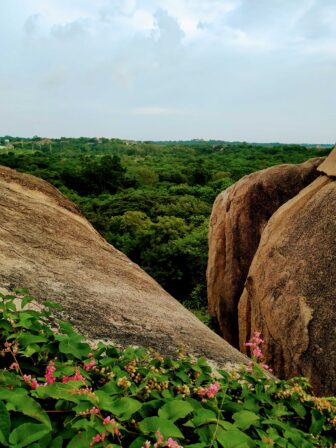 Gandipet Lake Park in Hyderabad, India, after the trash was mostly cleaned up. Image: Arya Dara

Have you ever felt as if anything you do doesn’t matter? I certainly did in high school.

I spent most of my weekends for almost two years wading through trash and cleaning up a park with a local charity. The park had suffered from years of mismanagement, and it didn’t even have trash cans.

By the time my charity had entered the fray, garbage covered parts of the landscape like frosting on a cake.

I went there almost every week and I enjoyed it, despite how hard the work was. I signed up for my first cleanup purely to put it on my college application. But I fell in love with the work – especially since I felt like I was making a difference for the first couple of months.

That wasn’t the reason for the attitude change.

About six to seven months in, I was cleaning a corner of the park when I suddenly had a strong sense of deja vu. I had been there just the previous week, my garbage picker in the same place.

I was sure I had cleaned it last time. But why was that beer bottle in the same place? Why was that candy wrapper stuck under that rock in the same way? The only explanation was that in the week I was gone, someone had left more garbage.

And then suddenly I felt like Sisyphus with his rock.

My garbage-picking work is what is known as direct action, an action that people take themselves rather than relying on politicians, business leaders, non-government organizations or others, said Benjamin Sovacool, a professor of energy policy at the University of Sussex in the United Kingdom.

“They’re actions under your direct control that can be implemented quickly and personally,” he said.

My direct action didn’t seem to be working. Could this work for other environmental issues, such as climate change?

Most direct action for climate change looks very different. Instead of actively doing things to help, a large part of it involves cutting out things we normally do, Sovacool said.

“As consumers and households we actually control more than 70% of carbon emissions,” he said. “So changing our own behaviors and practices is an excellent way to address the climate crisis. And there, our research has shown that giving up our cars (in favor of biking, walking or mass transit), or taking fewer airplane trips, eating less meat, or switching to low-carbon heat, are the four best things you can do to cut emissions.

“These things can cut almost half of your emissions over a given year, “ Sovacool said.

My story with the park clean-up has a happy ending. The charity convinced the local government to help. It set up trash cans and speakers with recorded messages to get people to use them. Police officers fined people who littered. By the time I left for university, there was barely any trash piling up every week. We got lucky because the local government listened to the people.

This also applies to climate change.

“(Climate change) is a mix of our collective behavior, and our inability to accept responsibility and change our behaviors,” Sovacool said. “But it is also embedded in our economy and the structure of the state. The two reinforce each other, “

This means that changing our behavior can’t combat all of climate change, he said. We need societal change, whether that means reform to our economic systems, or changes in governance and policy. How do we get the government to listen to us and make changes? 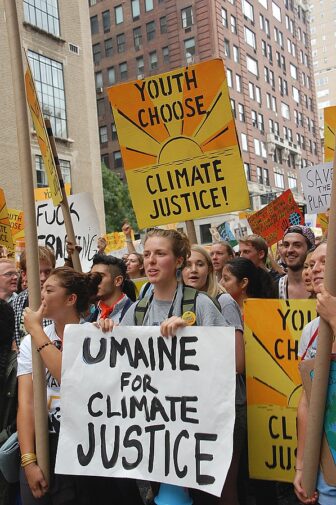 A youth climate protest at the University of Maine. Image: Thomas Good via Wikimedia Commons

In a recent article published in the journal of Energy Research & Social Science, Sovacool and his colleague Alexander Dunlap talk about radical techniques to combat climate change. They detail several techniques that people have used to bring about societal change quickly, including civil disobedience. They define that as “a public, nonviolent, conscientious yet political act, contrary to law, carried out to communicate opposition to law and policy of government,” the authors said.

And this technique has been effectively used in the Vietnam War protests, the Indian independence movement and the Civil Rights movement. Civil disobedience can include protests and demonstrations, sabotage and vandalism, sit-ins, boycotts and strikes. But can these tactics work for climate change?

Sabotage appears to be surprisingly effective. In 2008, a saboteur broke into the Kingsnorth power station in the United Kingdom. They ruined one of the turbines, and left behind a poster protesting the station’s usage of coal. This caused the station to shut down production for 4 hours, causing greenhouse gas levels over the entirety of the UK to drop by 2 percent temporarily, Sovacool said.

The lesson is that success relies on a combination of tactics in a sustained and relentless manner,  he said.

“The material, cultural, and social agency of actors can be utilized to shape and change the structures of the state,” he said. “Direct action is one of the best avenues for exerting this agency.”

And there it is, an action plan for how individuals can combat climate change. We can bike to work, shop for local produce, and conserve our electricity usage all we want, but it’s not going to be enough.

So go to strikes, participate in boycotts of environmentally harmful companies or go to a sit-in. And if all else fails, remember, you can mix a cup of sugar in a ton of liquid concrete to make sure that it doesn’t set properly