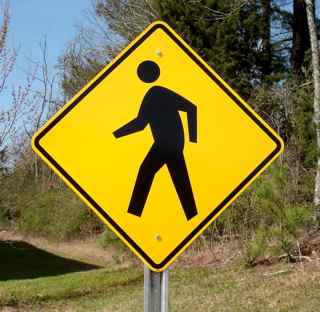 Pedestrian safety in Michigan has taken a hit as fatalities skyrocketed by 17% in 2020, even though fewer drivers were on the road due to COVID-19 lockdowns.

Pedestrian deaths increased from 149 in 2019 to 175 in 2020, according to the state Office of Highway Safety Planning.

“In the midst of the pandemic, we know there were fewer cars on the road, and those cars were driving faster,” said Trevor Layton, the communications manager at the Southeast Michigan Council of Governments.

But that’s not the only cause of the fatality increase, said Nancy Feldbush, the senior editor at the Office of Highway Safety Planning.

“It is a mix of things: driver behavior such as speeding, distraction and impatience; lack of pedestrian-friendly infrastructure; and pedestrian behavior, such as unpredictable crossings and inconspicuous clothing,” Feldbush said.

For the past three years, the safety planning office has given overtime grants to cities that participate in Pedestrian Safety Enforcement Week, which is an effort by the state to increase awareness of pedestrian safety laws.

During that week, police issue citations and warnings to motorists and pedestrians who break laws related to pedestrian safety, such as not yielding the right-of-way for a pedestrian in a crosswalk or blocking a crosswalk while stopped at a traffic signal.

Lansing was among this year’s participants. While most motorists were receptive to the lesson, they “were not pleased on receiving a citation for the violation,” said Robert Merritt, the public information director with the Lansing Police Department.

But it’s not only about writing tickets and giving warnings.

“It is as much educational as it is enforcement,” Feldbush said. “It is up to the officer’s discretion whether they want to take that opportunity to talk to that motorist or pedestrian, and educate them on how to be safe and share the road.”

But what conduct gets a citation in one city, might be perfectly legal in another.

Motorists must stop for people waiting to cross the roads in Ann Arbor and Kalamazoo. Traverse City has pedestrian safety measures built into its streets such as raised crosswalks that slow traffic. In Grand Rapids, drivers must stop when a pedestrian is in the crosswalk.

The state requires a vehicle to yield only if a person is in the crosswalk on the driver’s side of the street.

“We have a lot of tourists,” Winter said. “And a lot of them are coming from within Michigan.”

“It would be helpful if there was some sort of more unified state legislation specifically for urban areas that made it more consistent like, no matter where you are, if you see a pedestrian and a crosswalk, you stop.”

New legislation isn’t sufficient as it already appears that law enforcement officers haven’t been properly trained on existing pedestrian laws, Todd Scott wrote in an email. Scott is the executive director of the Detroit Greenways Coalition, which advocates for greenways and pedestrian and bicycle-friendly streets in Detroit.

“Such enforcement is a largely temporary and often ineffective method for improving road safety,” Scott said.

“Most Michigan roads are designed to be motorist friendly — and the conditions are getting worse,” Scott said.

The state Department of Transportation concluded a study in August in Charlevoix where three pedestrian accidents have occurred since October 2020. One person died.

It recommended “limiting certain turning motions for vehicles, having crosswalks in predictable locations and marked similarly, and including additional signals to reduce ambiguity about right-of-way,” Krista Phillips wrote in an email. Phillips is the traffic, safety and operations engineer for the Transportation Department’s North Region.

“We’re basically just trying to get the word out there how to be safe on the road, and how pedestrians and vehicles can share the road,” Feldbush said.