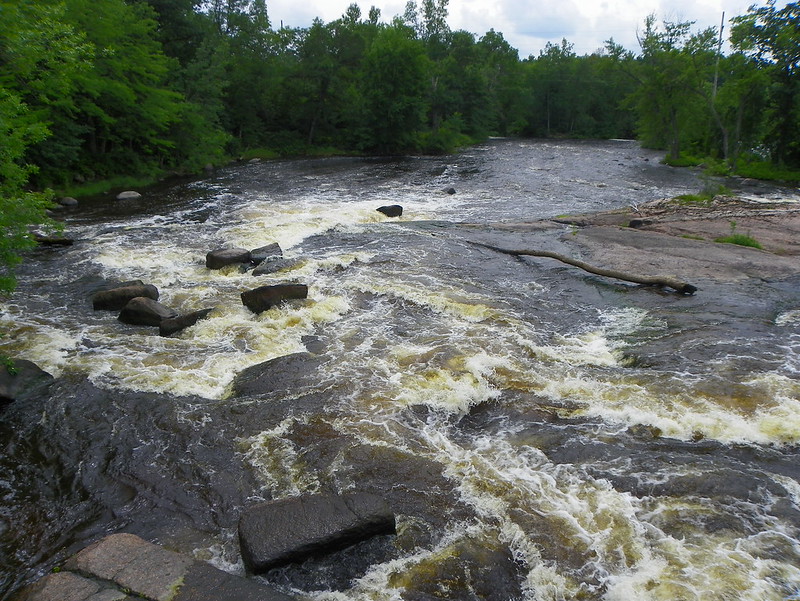 You may be familiar with the concept that people have rights to life, liberty and the pursuit of happiness.

Have you ever considered the rights of a river?

The Menominee Indian Tribe of Wisconsin recently asserted that the Menominee River has the right to exist naturally, flourish, evolve, remain unpolluted and carry out its natural ecosystem functions.

The Menominee River, at the border between Michigan’s Upper Peninsula and Wisconsin, is at the center of a controversy over a proposed open-pit sulfide mine known as the Back Forty Project. Aquila Resources, a Canadian mining company, wants to extract zinc, gold, copper, silver and lead 150 feet away from the river.

The Michigan Department of Environment, Great Lakes and Energy has issued the four major permits required to begin construction. An appeal to one of those permits is still pending in Michigan state court.

Some people worry about the threats the mine poses to the environment.

“If that mine gets put in, it will pollute,” said Anahkwet Reiter, an environmental justice advocate and member of the Menominee tribe.

The tribe has always thought of the river as having inherent value and rights, but the threat posed by the mine prompted the tribal legislature to pass a resolution in January, Reiter said.

Granting legal personhood to nature, commonly known as the Rights to Nature movement, has gained popularity in recent years as a way to protect natural resources, said Nick Schroeck, an environmental law expert and professor at the University of Detroit Mercy law school.

Sister Pat Siemen, founder of the Center for Earth Jurisprudence at Barry University School of Law is a leader in the Rights to Nature movement.

“Humans can stand in as guardians and protectors for the health and well-being of rivers and ecosystems,” she said.

But granting legal rights to nature is controversial.

When Toledo residents voted last year to give Lake Erie a Bill of Rights, business groups and agricultural interests protested. They said that a natural resource should not be treated like a person, Schroeck said.

“The response to that is, well, we already do that in the law with corporations,” Schroeck said. “We treat corporations as if they have personhood from a legal perspective.”

Because indigenous communities often have strong historical, cultural and physical ties to the land, they have largely been leading Rights to Nature movement globally, Schroeck said.

And there is a historical context for them to wage such a fight.

The river is a living thing, Reiter said. “The way we understand it, it has an essence, it has a spirit about it. That river knows our secrets and we know its secrets. We come from it. Our connection runs very, very deep.”

In addition to violating the river’s right to a healthy environment, the mine would disturb prehistoric village sites that are home to the remains of Menominee ancestors, he said.

“What is left of our great nation, archaeologically speaking, is located along that river,” Reiter said.

Aquila Resources says the mine won’t harm the environment or the important cultural sites.

“I have no direct comment on the resolution itself, however, Aquila remains committed to protecting the natural and cultural resources of the region,” said Mike Welch, the chief operating officer of the Back Forty Project.

That won’t be easy.

Unfortunately, many people oppose the Rights to Nature movement because they view natural resources as something to be exploited and put into commerce rather than ecosystems with their own inherent value, Schroeck said.

These conflicting attitudes towards nature contribute to the controversy surrounding the Menominee River.

Aquila Resources and Michigan’s Department of Environment, Great Lakes and Energy view the river as an expendable resource, Reiter said.

“I think they see it through the lens of capitalism,” he said. “We see it as the lifeblood of the earth, of our beautiful Mother Earth.”