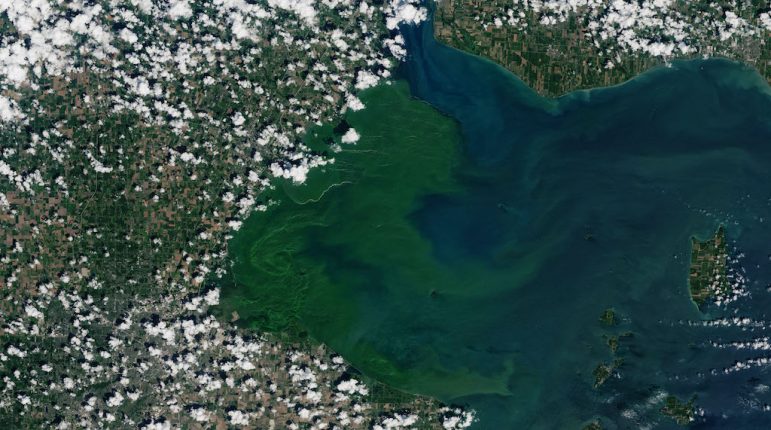 “Understanding where people come from is essentially the first step to prevent polarization and also to facilitate constructive conversations,” said Tian Guo, a postdoctoral research fellow at the Cooperative Institute of Great Lakes Research at the University of Michigan.

She has found some surprising common ground in Ohioans’ beliefs about solving Lake Erie’s algal bloom problem, even when they disagree on the best solution.

Her study, published in Environmental Science & Policy in November, notes that harmful algal blooms are a recurring problem in the western basin of Lake Erie and that previous research identifies nutrient runoff from farms as “the major contributor.” An algal bloom in 2014 ruined Toledo, Ohio’s water supply for three days.

To gauge Ohioans’ support of strategies to prevent those western Lake Erie blooms, Guo and researchers at the Cooperative Institute for Great Lakes Research asked 1,000 of them about stopping the fertilizer and manure runoff fueling the blooms. She asked if they  preferred voluntary programs or regulations and fines to help farmers prevent the algae.

Influencing their response was the extent to which people:

Understanding where people come from is important for avoiding  a shouting match, Guo said. “The ultimate goal is to keep the [harmful algal blooms] problem an environmental problem, not a political problem.”

“I consider that the biggest obstacle when we’re trying to solve an environmental problem,” she said.

Her study is different from most other studies gauging support for regulation because it looks at those four motivating beliefs, she said. Looking at these undergirding motivations reveals some common ground.

Nearly 75 percent of respondents somewhat or strongly agree that farmers alone shouldn’t bear the responsibility of fixing algal blooms, the study found. That means Ohioans are starting with a sense of shared responsibility, not blame. Finding such a widely shared belief counters polarization and farmers’ concern that everyone is pointing the finger at them, Guo said. 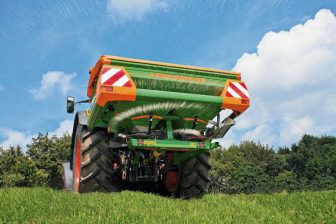 That might surprise some Ohio farmers, said Bruce Clevenger, an Ohio State University professor and extension educator in Defiance County, a county in one of the watersheds most scrutinized for causing Lake Erie’s algal blooms. Some farmers feel the conversation around algal blooms leaves them out or unfairly vilifies them.

“Those headlines are often not favorable to farmers,” he said. “It’s frustrating for farmers to be unfairly in that spotlight.”

Farmers have made changes in recent years. Since 2017, Ohio has required a fertilizer certification program for farmers applying fertilizer on more than fifty acres, the first of its kind. The state has banned applying fertilizers on snow-covered or frozen ground where it’s more likely to wash off into streams.

The frozen ground prohibition was the low-hanging fruit, Clevenger said, but it’s helping change the farming culture around fertilizer.

“I think farmers are responsive,” Clevenger said. “They want to be part of the solution.”

It’s an observation that fits nicely with Guo’s survey results and points to the possibility of future productive conversations about solving algal blooms.

“It’s a shared problem,” she said. “We do have some goodwill coming into the conversation.”

That’s an attitude people should take into their conversations about solutions to Lake Erie’s algal bloom problem. Guo encourages people to work from the best information and consider the beliefs shaping perspectives different from their own.

It’s important, if not easy.