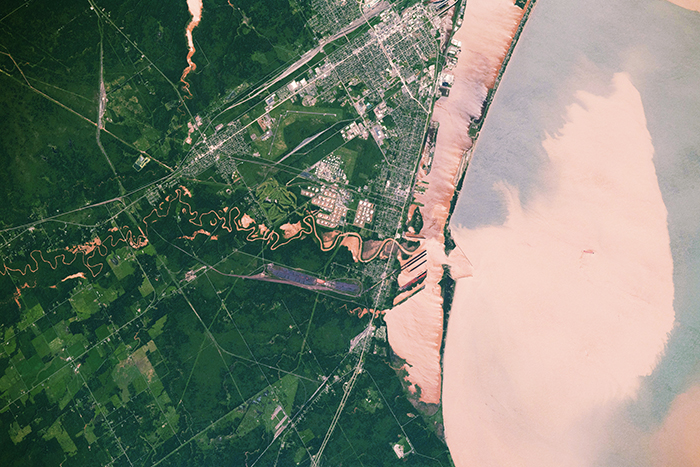 Photograph of Lake Superior coast near Duluth, Minnesota, taken by an astronaut on board the International Space Station. Image: NASA Earth Observatory.

This story originally appeared on NASA Earth Observatory and is republished here with permission.

This image, taken on June 19, 2018, by an astronaut onboard the International Space Station, shows sediment runoff into Lake Superior near Duluth, Minnesota. The Nemadji River regularly unloads red clay sediment into the Lake Superior Harbor, but the discharge was intensified during the flooding event and discolored waters.