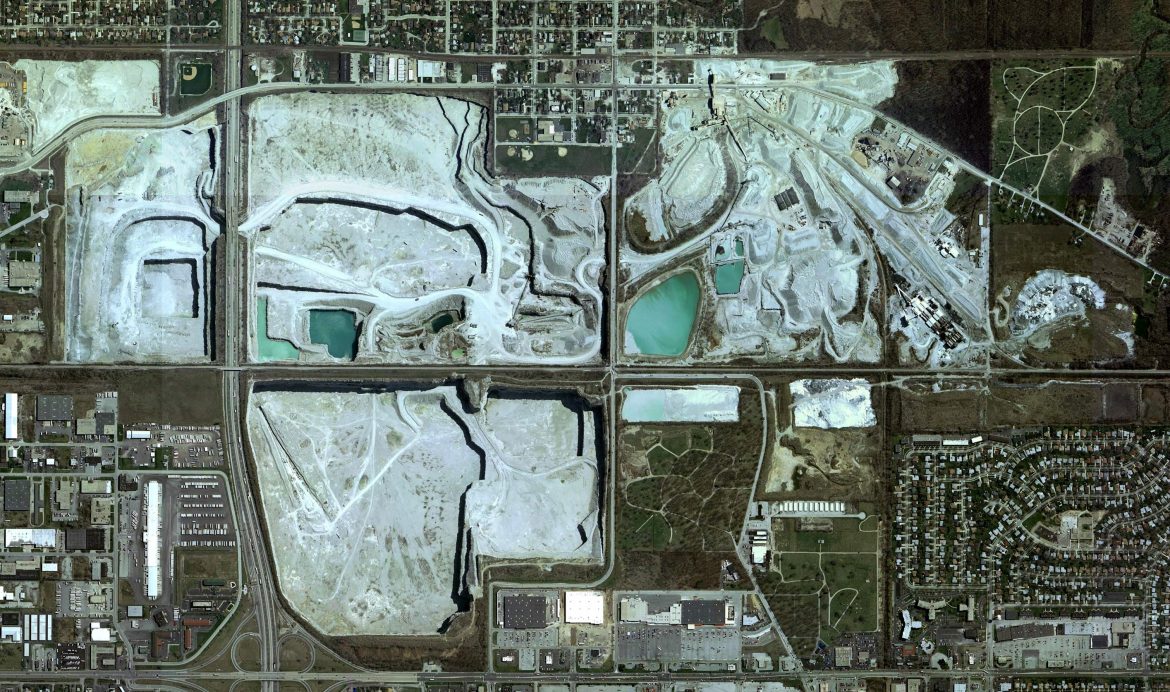 Cameron Davis’ world has changed dramatically in the past year since leaving the U.S. EPA.

Instead of walking the corridors of Capitol Hill to brief members of Congress on Great Lakes issues, Davis is pitching his platform to be elected as a commissioner to the agency that manages Chicago’s wastewater.

It’s late February in the heart of the Great Lakes region and it’s not snowing, it’s raining. The rains that aren’t supposed to come for another month or more are heavy and the temperatures aren’t in the 20’s, they’re in the 50’s.

While it makes for good casual conversation, heavy rains combined with temperatures that melt snow come with consequences in the region.

Sewer systems can’t handle the volume which means waste is released to waterways and in Chicago, possibly Lake Michigan. Basements can flood as do highways, which impacts public health, safety and disrupts commerce.

While it’s understood that the weather isn’t the climate, the scepter of climate change is omnipresent in the background.

And yes, the Gulf of Mexico.

“Chicago’s metropolitan region is the largest point-source of phosphorous flowing to the Mississippi River and to the Gulf of Mexico,” candidate Davis recently told Great Lakes Now.

Phosphorous is a direct contributor to the dead zone in the Gulf.

If elected, Davis will help guide Greater Chicago’s Metropolitan Water Reclamation District (MWRD) and he’ll be on the front lines of dealing with sewage overflows, infrastructure issues and the impact of climate change.

In a wide-ranging interview with Great Lakes Now recently, Davis shared his views on challenges facing not only Chicago’s water district but the region’s.

Davis said the region’s water infrastructure can be 100 plus years old and that contributes to what we send to waterways and requires managers to work smarter. He cited Milwaukee’s sewerage district as an example of a leader on wastewater management.

One way of working smarter is the need for sewerage districts to move away from “taking what’s thrown at them,” according to Davis. That means being proactive to prevent toxic pollutants from entering waterways in the first place.

“We have to think more holistic” rather than just accepting whatever a municipality dumps into a waterway, Davis said.

He cited the need to work more closley with municipal planning departments so they may consider if their plans would add stress to already stressed waterways.

After eight years working in the Obama-era U.S. E.P.A., Davis is concerned about the Trump agenda in general because it’s “divisive.” He says it pits cities and organizations against each other for resources instead of trying to unite them for the greater good.

He’s particularly concerned about the impact of Trump’s policies on public health. He says water districts can play a role in pushing back on the administration’s actions to roll back protections.

On Asian Carp, Davis said he has long supported a multi-tiered approach to slowing or stopping their advance.

He supports the Army Corps of Engineers Brandon Road Lock plan to make mechanical modifications to the locks that are thought to be a choke point, but said that isn’t enough.

Davis wants to see a combination of mechanical, biological and managerial actions,  and he eschews our tendency to over-rely on mechanical fixes like infrastructure changes.

“We as a society always go for the mechanical fix,” according to Davis. “You can’t fight millions of years of biological evolution with 100 years of engineering.”

While Illinois is seen as a roadblock to mechanical solutions to stop carp, Davis says it’s important to recognize the work the state has done to fish carp populations down. “It’s a difficult but effective approach to invasive species management,” according to Davis.

If elected, Davis would join an organization that’s still in the process of transitioning from that of a government agency with institutional inertia that was steeped in bureaucracy, to one that is forward-looking and progressive.

It wasn’t that many years ago that a laggard MWRD decided to finally disinfect the effluent – wastewater — that it sends to the Chicago river. Prior to that,  the river was essentially an open sewer that caused the Natural Resources Defense Council’s Ann Alexander to write that Chicago had a “third-world river running through the heart of a world-class city.”

Entrenched bureaucracies are slow to change and MWRD still struggles with transparency.

Information about sewage sent to the Chicago River and Lake Michigan during heavy rain events is embedded deep in a cluttered website within a tab titled “Services and Facilities.”

The language on the page is rife with technical jargon – like NPDES permit — unlikely to be deciphered by the average citizen seeking basic information about sewage that a taxpayer-funded agency dumps in drinking water.

MWRD Commissioner Debra Shore told Great Lakes Now that she agrees the agency “could do more to provide real-time information to the public” and said she has worked for that since joining MWRD in 2006.

Shore said the website is due for an update,  and that may happen in 2018. She did not comment on the use of technical jargon on a site that should be user friendly for the public.

Commissioners Kari Steele and Martin Durkan did not respond to a request to comment on the transparency issue.

Shore, Durkan and Steele are candidates for re-election in 2018,  running with the formal backing of the Democratic Party. Davis is a first-time candidate running as a write-in to fill an unexpected vacancy. He has the informal support of Shore and Chicago’s Democratic establishment.

The Illinois Green Party has candidates running for MWRD’s commissioner slots and says on its  website “for the past twenty-plus years, it’s been an all-Democrat body, and one-party rule has led to stagnation, complacence, and rubber-stamping, all at the taxpayers’ expense.”

The Republican Party has not fielded a candidate.