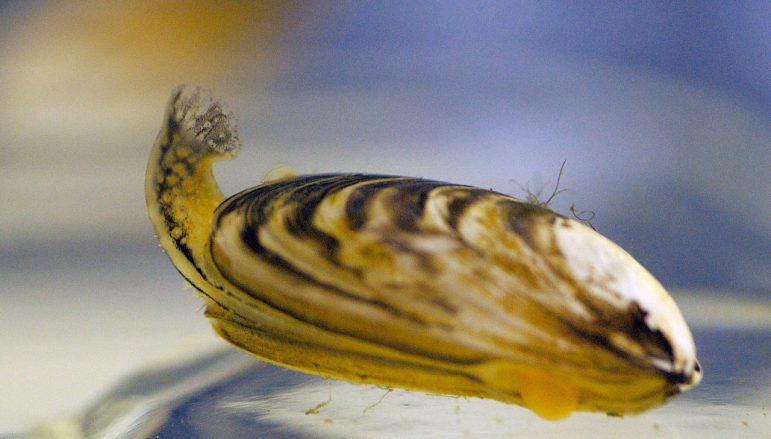 Quagga mussels are invasive filter feeders whose future in the Great Lakes is uncertain in the face of climate change. Image: Wikimedia Commons

Editor’s Note: This is the fourth in a series of stories on how climate change is expected to affect the Great Lakes region.

How relationships between organisms and ecosystems are manipulated by climate change remain largely yet another mystery.

Scientists are beginning to explore what kinds of changes species will be experiencing as the colder months begin to grapple with warmer temperatures. But they don’t yet know how all the rules of the game fit together.

It is an ecological experiment taking place, said Jeffrey Andresen, Michigan’s state climatologist and a geography professor at Michigan State University. Keeping up with what is happening is one thing, but making predictions is difficult.

The introduction of invasive species that work well in warm climates has turned food webs into food mazes, Vanderploeg said. The shift toward more intense storms earlier and later in the year that compounds the surface runoff that muddies predictions.

The quagga mussel is a filter feeding invader native to the Dnieper River drainage of Ukraine. It is perhaps the most effective invasive species in the Great Lakes, dramatically changing the ecosystem.

And while some people are trying to get rid of the mussels, others are trying to figure out how a warming climate is changing their role in the Great Lakes.

“When you start messing with water temperature, it affects all the organisms from the plankton to the fish,” said Steven Pothoven, a fishery biologist with National Oceanic and Atmospheric Administration.

Due to a ripple effect caused by the quagga mussel, the Great Lakes food web has changed.

In the winter and spring, the water temperature is the same for the bottom as it is on the top. The quagga mussel is well equipped to survive in cold waters, where they feed on phytoplankton. This creates a shortage of food for bigger animals when the seasons get warmer.

But summer is coming earlier due to climate change. That warms the water sooner and the mussel doesn’t have as much time to feed.

It could be considered a positive impact, Pothoven said. But warmer water can make the lake more accessible to other invasive species, negating that impact. 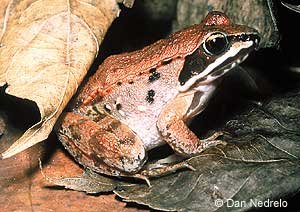 And that’s just one example. New interactions like this are occurring across the region, putting a stamp on the kind of adaptations that comes with climate change.

On land, southern flying squirrels are replacing their northern counterparts. Species like red-backed voles and woodland jumping mice are much less abundant in the region where they used to live.

“No one knows, but we’re unintentionally doing the experiment across Northern Michigan right now.”

Not only do deer mice provide food for bigger prey while keeping insect populations down, they also are efficient seed predators and disperse fungi to trees that depend on them.

Back on water, Pothoven fears that less ice might mean fewer places to spawn for whitefish, a Great Lake native and popular food. That’s a pretty significant cog in the region’s economic wheel that residents would miss.

And those northern and southern flying squirrels? Myers said because of the southern squirrels’ encroachment on the northerner’s’ environment, they’ve begun to breed, giving birth to hybrids of the two.

“And what are the implications for reproduction by oaks and white pines, both of which produce seeds that are consumed by the mice?” Myers said.

Changing the timing of when growth for many organisms happens may mean  mismatches among different animals, Pothoven said. That can favor certain animals, changing the rules of which thrives and which dies.

“The big thing now is developing models to help people make predictions and manage it, and that’s really hard when you start messing with the vital rates,” he said.

And that’s a challenge.

“There’s a lot of complexity and we’re just not smart enough to know what’s going to happen,” Vanderploeg said.